Trump is set to hold a rally Friday night in Bemidji, while Biden will visit a union training center in Duluth, NPR reported.

Both campaigns have invested heavily in Minnesota, according to NPR, which Hillary Clinton narrowly won in 2016. Trump has touted endorsements from several Democratic mayors in the iron belt, while Biden has shored up support among suburban voters outside the Twin Cities. Biden leads Trump in the state by almost eight points, according to FiveThirtyEight, and is rated by most forecasters as “lean Democratic.” (RELATED: NYT Polls Show Competitive Swing State Races, Biden Gaining Ground In Minnesota)

As both candidates travel to the upper Midwest, the Minnesota secretary of state’s office has mailed approximately 900,000 absentee ballots to voters who had requested them and thousands of Minnesotans lined streets waiting to cast their in-person votes, the Associated Press reported. (RELATED: Here’s Where The Presidential Race Stands In The Six Most Competitive States) 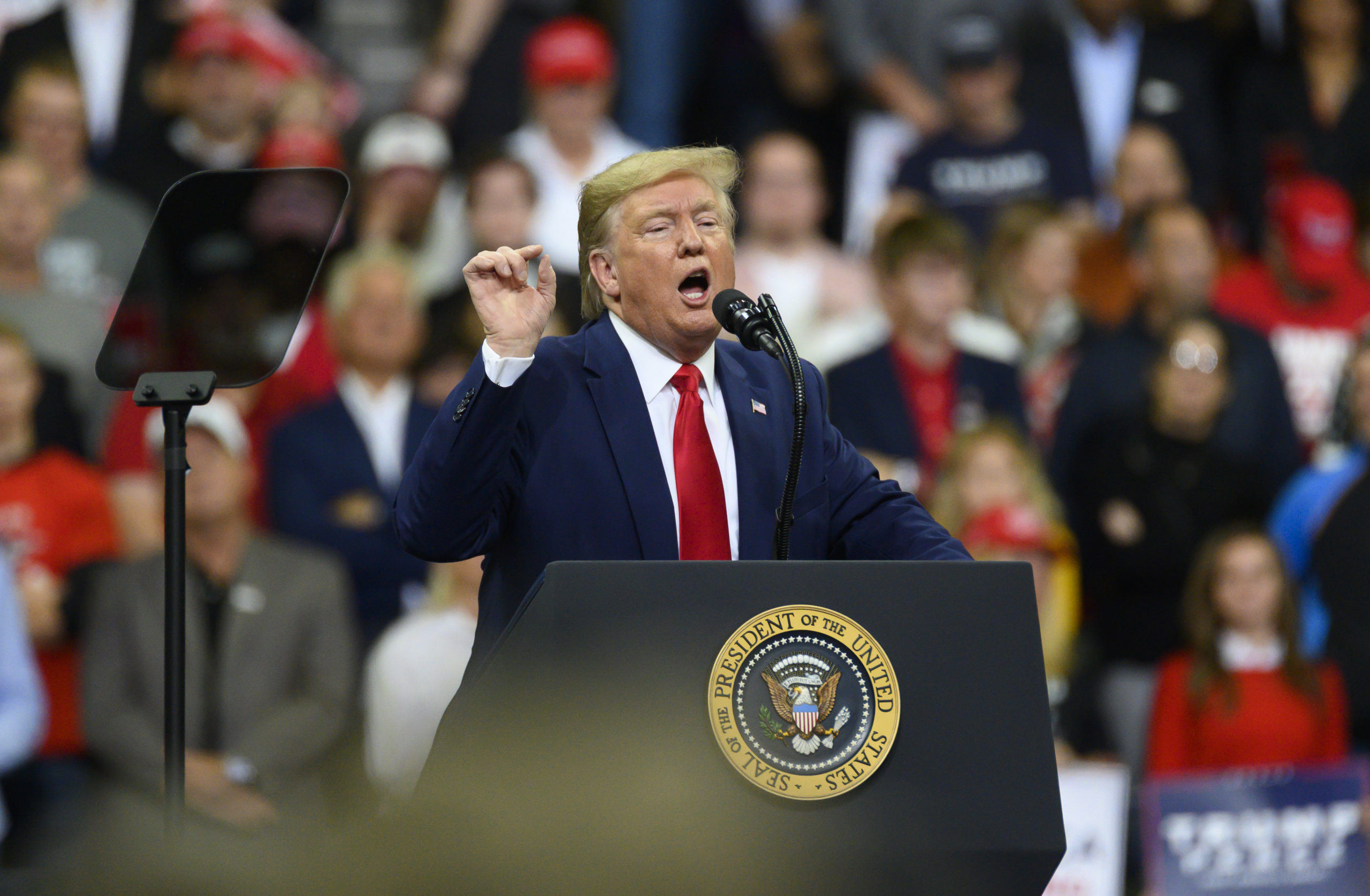 U.S. President Donald Trump speaks on stage during a campaign rally at the Target Center on October 10, 2019 in Minneapolis, Minnesota. (Stephen Maturen/Getty Images)

At voting centers across the state poll workers were constantly disinfecting machines between each voter and enforced social-distancing guidelines, AP reported.

The long lines reflected the record enthusiasm that Minnesotans have for this election, Secretary of State Steve Simon described as “sky high.” While forecasters expected the November election to shatter turnout records across the board, Democrats said that they were more likely to vote either by-mail or in-person, compared to a majority of Republicans who said that they were planning to vote in-person on Election Day, according to an AP poll. (RELATED: Democrats Are Voting Early At A Far Higher Rate Than Republicans)

Early voting first began in North Carolina, which mailed ballots to registered voters on Sept. 4, and began Friday in Virginia, South Dakota and Wyoming as well. Secretaries of state in Utah, New Jersey and Vermont also began mailing ballots to voters Friday, according to the National Conference of State Legislatures.