While all eyes are on the presidential election, the Senate races are perhaps the most important races in the election. These will determine whether the GOP will hold on to their power going forward and be able control or influence the direction of the country.

The Senate is currently composed of 53 Republicans, 45 Democrats and two independents who caucus with Democrats.

While President Donald Trump won the state by more than three points, McSally has a tough road ahead for 2020 in terms of polling and fundraising.

Kelly leads McSally by 10 points, with 52% of voters choosing to support Kelly, compared to just 42% supporting incumbent McSally, according to a recent survey by OH Predictive Insights that polled 600 likely Arizona voters. The poll also shows 15% of Republicans support Kelly instead of McSally.

Even more disheartening for Republicans is that Kelly has $21.2 million cash on hand, compared to McSally’s $11 million cash on hand. Kelly also substantially beats McSally when it comes to donations from small individual contributions, according to CNBC.

Incumbent Republican Sen. Cory Gardner is running for reelection against former two-term Gov. John Hickenlooper. Gardner, who voted not to remove Trump from office after the president was impeached, finds himself in deep water as the state becomes more blue.

Clinton won the state by nearly five percentage points in 2016, and Democrat Sen. Michael Bennet won reelection for the other Senate race.

Hickenlooper holds a 7.8-point lead over Gardner, according to the Colorado Sun.

Incumbent Republican Sen. Susan Collins has been in office since 1997 and faces one of her toughest bids for reelection considering she’s America’s most unpopular senator, according to Morning Consult. The numbers appear to support Morning Consult’s poll, with a recent Quinnipiac poll showing Democrat Sara Gideon leading Collins by 10 percentage points, with 52% of voters likely to support her. 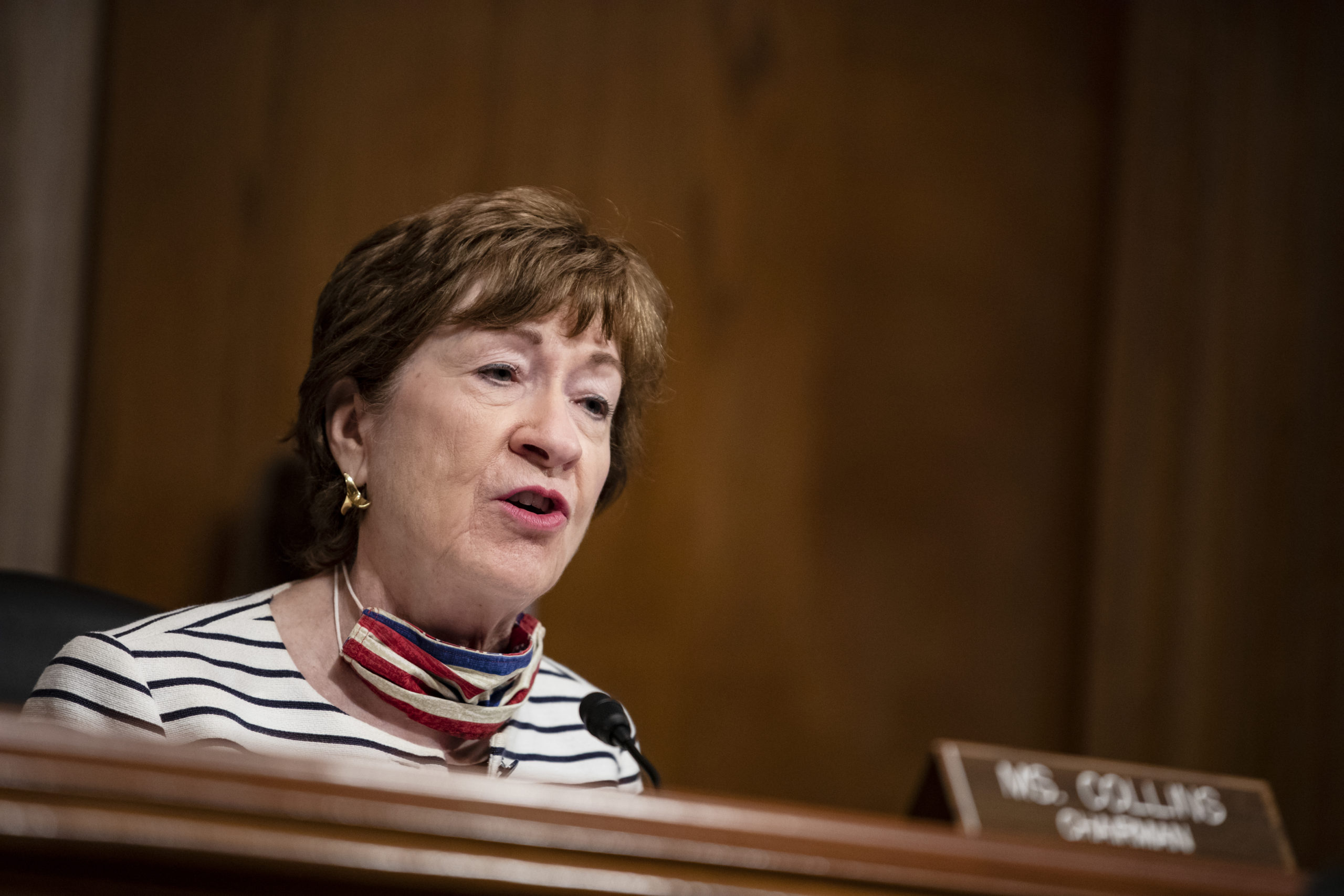 WASHINGTON, DC – JULY 21: Chairwoman Senator Susan Collins (R-ME) speaks during a Senate Special Committee of Aging hearing on The COVID-19 Pandemic and Seniors: A Look at Racial Health Disparities at the US Capitol on July 21, 2020 in Washington, DC. The committee is looking into the data that has been showing that communities of color have been disproportionately negatively affected by the spread of the coronavirus when compared to the caucasian population in the United States. (Photo by Samuel Corum/Getty Images)

“The tide has turned on Senator Susan Collins, who was so popular in Maine that she won nearly 70 percent of the vote the last time she ran. Likely voters are sending the message that there’s no ‘middle of the road’ when it comes to President Trump, who is deeply unpopular in the state,” Quinnipiac University Polling Analyst Mary Snow said, per the report.

Collins voted to acquit Trump during his impeachment trial and gave a confirmation vote for Supreme Court Justice Brett Kavanaugh, both unpopular moves in a state that voted for Clinton by nearly three percentage points in 2016 and where 53% of voters say they want to see Democrats win control of the Senate, according to the Quinnipiac poll.

Tillis is used to competitive races, having won his 2014 seat by less than 49,000 votes — less than two percentage points.

But this year poses a real challenge for Tillis, who trails Cunningham in the polls by nearly four percentage points, according to a recent poll by Suffolk University.

Tillis voted to acquit Trump during the impeachment trial. Trump himself won the state in 2016 by less than four percentage points but now trails Democratic presidential nominee Joe Biden by one percentage point, according to FiveThirtyEight.

In terms of cash on hand, Tillis has $6.9 million while Cunningham has $6.6 million, according to CNBC.