New coronavirus restrictions are being put in place in several countries across Europe as they struggle to deal with a rise in new cases.

Spain, which was one of the countries originally hit hardest by the pandemic, enacted new restrictions in some parts of Madrid. The new rules close parks, gardens, and put a capacity limit on restaurants and cafes, affecting around 13% of Madrid’s population, according to a Euro News report.

People were also told to not leave their neighborhoods except for basic necessities. (RELATED: More Than 700 People Died Overnight In Spain From Coronavirus)

The restrictions sparked protests by hundreds of people who claim that locking down some parts of Madrid and not others is class-based discrimination by the government. The government said it enacted the restrictions in places with more than 1,000 cases per 100,000 residents, according to the report. 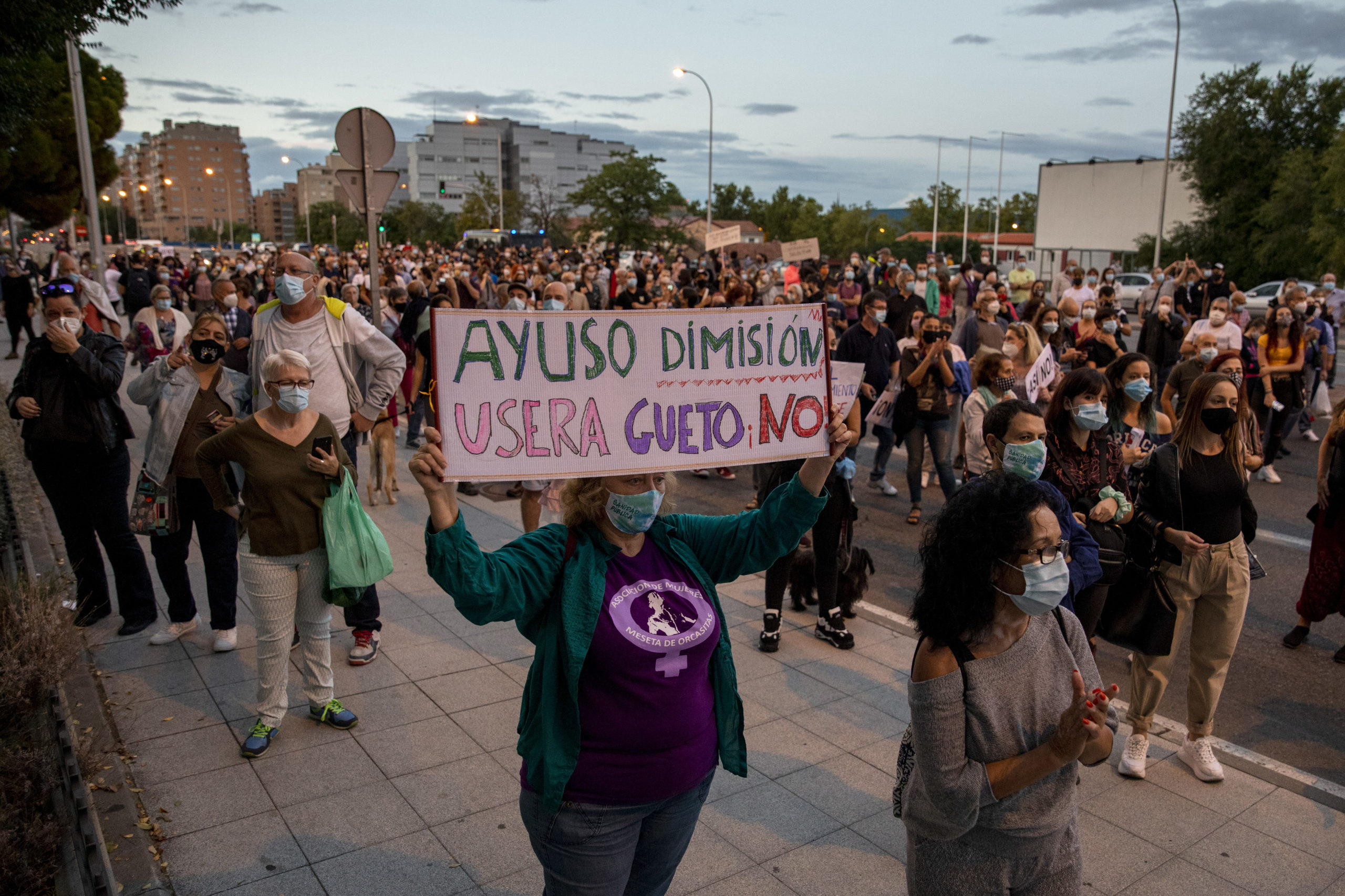 A protester wearing protective masks holds a placard reading ‘Ayuso resignation. Usera is not a ghetto’ amid other protesters during a demonstration, in the Usera neighborhood, against the measures imposed by the Madrid regional government on areas with the most COVID-19 cases on September 20, 2020 in Madrid, Spain. . (Photo by Pablo Blazquez Dominguez/Getty Images)

Spanish Prime Minister Pedro Sanchez said that the new lockdowns will not be as restrictive as they were in March.

The health minister for the Czech Republic, Adam Vojtech, resigned Monday after new coronavirus cases hit a record high last week, the Associated Press reported. Epidemiologist Roman Prymula, who led the government’s coronavirus response in the spring, will take over the position, according to the report.

The Czech Republic, which has a population of 11 million people, has had 49,290 confirmed infections and 503 deaths, according to the report.

Officials in the United Kingdom have also said that they are facing a rise in new cases. The infection rate “in a bad sense, literally turned a corner,” Chris Whitty, chief medical advisor to the U.K. government, said Monday according to CBS News.

In many parts of England, new restrictions have been enacted limiting gatherings to 6 people and preventing socializing with other households, CBS News reported.

More people have died in the United Kingdom from coronavirus than in any other European country. The country’s Health Secretary has said that a second lockdown has not been ruled out. The first lockdown was enforced by the police and prohibited public gatherings of more than 2 people, as well as closing non-essential businesses such as schools, bars, and restaurants.

Germany saw the highest number of new daily infections since April, DW.com reported Saturday. At the peak of the pandemic in mid-March, the country was reporting around 6,000 new cases a day – Saturday, the Robert Koch Institute said that there had been 2,297 new cases in the past 24 hours.

There have not been any new national lockdown orders imposed in Germany, but many cities towns have enacted their own restrictions, according to the report.