President Donald Trump said Monday morning that if Congressional Democrats try to impeach him a second time, it will only help him and other Republicans in the 2020 election. 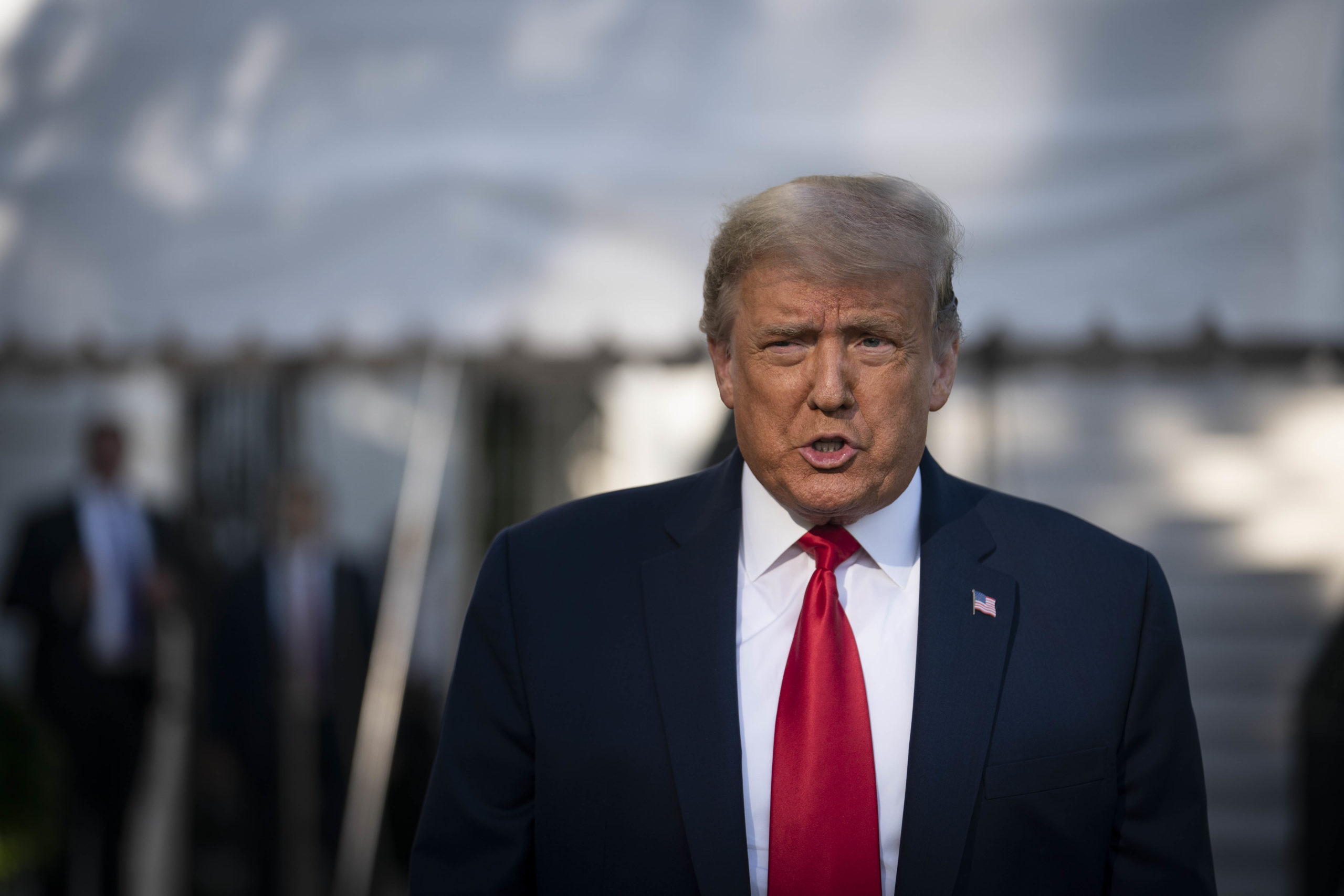 WASHINGTON, DC – SEPTEMBER 19: U.S. President Donald Trump speaks to members of the press prior to his departure from the White House on September 19, 2020 in Washington, DC. President Trump is traveling to North Carolina for a campaign rally. (Photo by Sarah Silbiger/Getty Images)

“We have our options,” she stated when specifically asked about the idea by host George Stephanopoulos. “We have arrows in our quiver that I’m not about to discuss right now.”

Trump Monday responded by telling the Fox & Friends crew that Pelosi and Democrats would be impeaching him “for doing constitutionally what I have to do… I think then we win the election, then we win all elections if they do that.”

Trump clarified that he wasn’t trying to goad Pelosi into impeaching him, but added that should it happen, his “numbers will go up.” (RELATED: Here Are The Women At The Top Of Trump’s List To Replace Justice Ruth Bader Ginsburg)

The president then stated that impeachment would help Republicans “win back the house” and help Republican Senators Susan Collins of Maine and Lisa Murkowski of Alaska, both of whom have stated they would not vote on a Supreme Court confirmation ahead of the 2020 election.

Later in the interview, Trump stated he planned to announce his nomination on Friday or Saturday, following the conclusion of memorial services for Ginbsurg. He additionally praised Judge Merrick Garland, who former President Barack Obama nominated to fill the vacancy left by Justice Antonin Scalia’s passing in 2016. Garland’s confirmation was blocked by Senate Majority Leader Mitch McConnell.