Though Senate Majority Leader Mitch McConnell has said he would bring Trump’s selection to a vote, both Murkowski and Collins have stated they would not support installing a replacement for Ginsburg before the next presidential term.

“If Susan Collins and Lisa Murkowski are going to withhold their vote for the president’s nominee, then Republicans in those states should withhold their votes from them,” Gaetz told The Washington Examiner in a piece published Monday. “What good are Susan Collins and Lisa Murkowski if we can’t count on them to fulfill their obligation to advise and consent during the term in which they’ve been elected?” 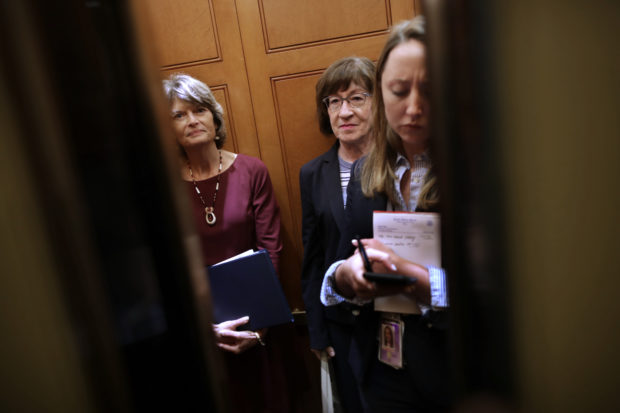 Gaetz told the Examiner that the court is Senate Majority Leader Mitch McConnell’s “legacy,” saying “he sure as hell better deliver on the president’s nominee.”

While Murkowski won’t appear on the ballot in Alaska until 2022, Collins faces an uphill reelection campaign to win a fifth Senate term from Maine voters. Polling last week showed the Maine senator down by five points to Democratic challenger Sara Gideon.

“Republicans should have held that vote,” he said. “And if they didn’t want to vote for him, they shouldn’t have voted for him. And I think there were plenty of reasons to vote against Merrick Garland. But that was a mistake then, and it puts us in a worse position now, and frankly, as we engage in the type of revolution that I think we need in our politics to achieve the full value of the Trump presidency, we need to see a Senate that takes more tough votes on more things going forward.”