President Donald Trump signed an executive order Monday that will attempt to reinstate sanctions placed on Iran prior to the signing of the Joint Comprehensive Plan of Action (JCPOA) and place new sanctions and other control measures to 27 additional groups and individuals over their roles in advancing Iran’s weapons systems.

“This Executive Order is critical to enforcing the UN arms embargo on Iran,” Trump claimed in a statement issued by the White House press office. “The order will greatly diminish the Iranian regime’s capacity to export arms to terrorists and dangerous actors throughout the region, as well as its ability to acquire weapons to build up its own forces.”

“My actions today send a clear message to the Iranian regime and those in the international community who refuse to stand up to Iran.  The United States will not allow the Iranian regime to further advance capabilities to directly threaten and terrorize the rest of the world,” the president continued. “My Administration will use every tool at our disposal to stop Iran’s nuclear, ballistic missile, and conventional weapons pursuits.” (RELATED: Trump Formally Orders Iran Nuclear Deal ‘Snapback’ — Instructs Pompeo To Ask UN To Restore All Sanctions)

He further challenged the Iranian regime to “change its behavior if it hopes to provide what the Iranian people so desperately want and deserve: a thriving and prosperous Iran.” 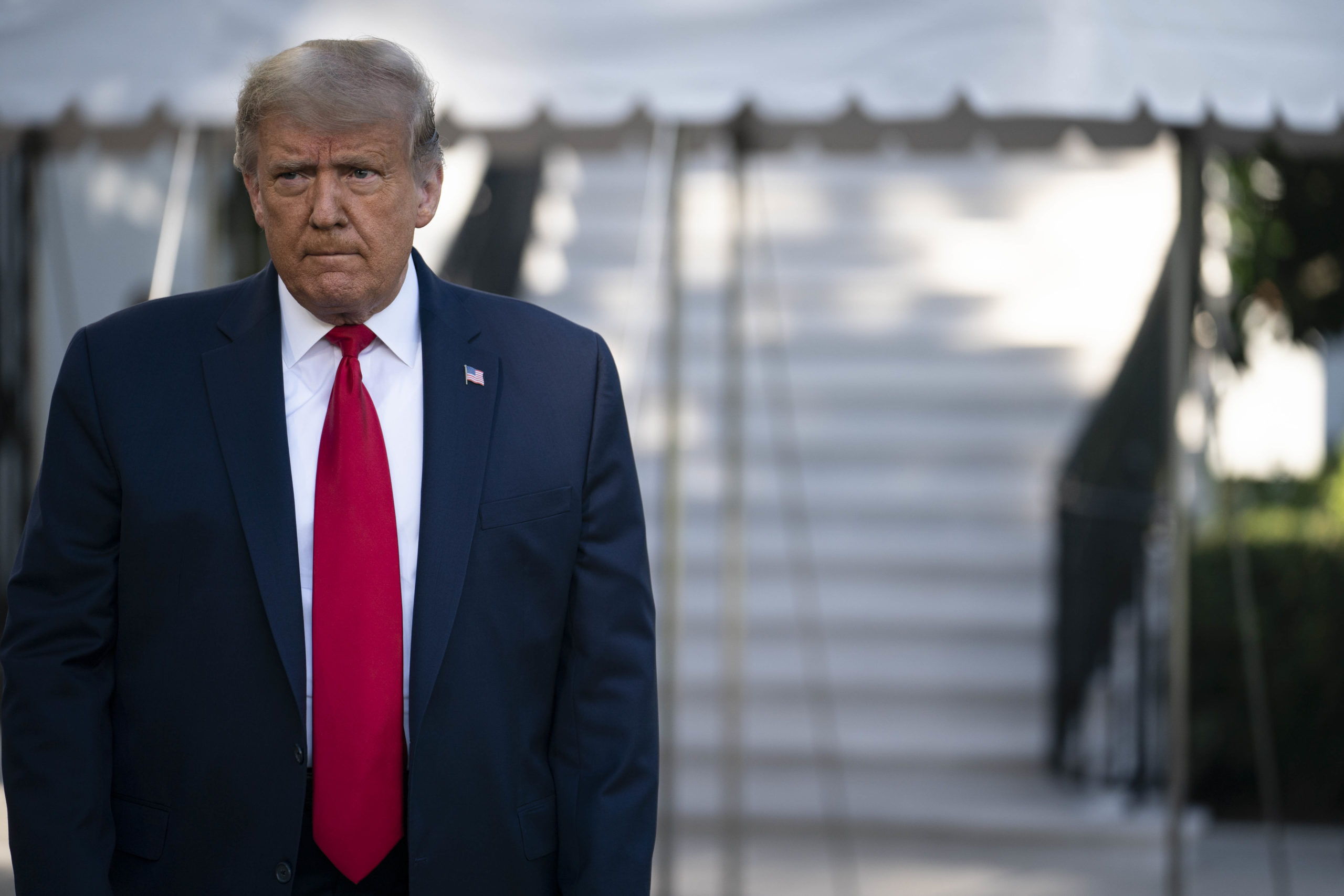 WASHINGTON, DC – SEPTEMBER 19: U.S. President Donald Trump walks to speak to members of the press prior to his departure from the White House on September 19, 2020 in Washington, DC. President Trump is traveling to North Carolina for a campaign rally. (Photo by Sarah Silbiger/Getty Images)

“The Trump Administration has made clear that the United States will do whatever it takes to prevent the Islamic Republic of Iran, the world’s leading state sponsor of terrorism and anti-Semitism, from spreading death and mayhem throughout the Middle East and the world,” Secretary of State Mike Pompeo announced in an accompanying statement. “Rather than wait for the day that Iran threatens the world with a nuclear weapon, the United States is again fulfilling the best traditions of American global leadership and taking responsible action.”

The 27 new individuals and groups sanctioned by the United States Monday included members of the Atomic Energy Organization of Iran and the Shahid Hemmat Industrial Group “for facilitating ballistic missile development.”

Pompeo, on behalf of the administration, urged the United Nations to reinstate the pre-JCPOA sanctions in August, yet UN secretary general António Guterres and several key allies on the U.N. Security Council claimed the U.S. did not have the authority to unilaterally reinstate the sanctions.

The White House had not released the text of the order by press time.