The late Supreme Court Justice Antonin Scalia revealed who he would prefer to fill his seat during a C-SPAN interview in 2012, four years before his 2016 death.

Scalia was 79 when he died in sleep at his Texas hunting resort in February 2016, leaving an opening on the Supreme Court during the final year of former President Barack Obama’s presidency when the Senate was controlled by Republicans. Senate Majority Leader Mitch McConnell chose to decline a hearing to Obama’s choice of Merrick Garland in hopes of a Trump victory in November, which ultimately occurred.

“If there is one other name, one other judicial name associated with the two principal theories of this book, textualism and originalism, it is Frank Easterbrook,” Scalia told C-SPAN in an interview discussing his 2012 book “Reading Law: The Interpretation of Legal Texts,” according to a 2016 article published by NBC Chicago after his death. “It is. If I had to pick somebody to replace me on the supreme court it would be Frank.” 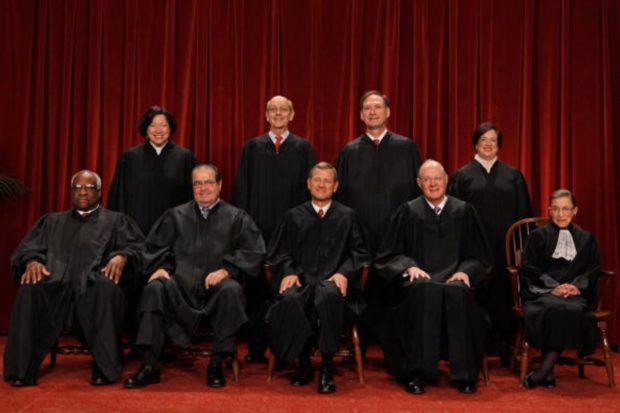 Easterbrook, who collaborated with Scalia on the book, was appointed by former President Ronald Reagan in 1985 to the United States Court of Appeals for the Seventh Circuit, where he still serves.

Scalia also expressed a desire to be replaced by a like-minded successor during a 2012 interview with Fox News anchor Chris Wallace.

“You’re 76 years old,” Wallace said. “Will you time your retirement so a more conservative president can appoint a like-minded justice?”

“But hasn’t it gone through your mind ‘That if I retire, I’d like to see…’ You talk about Republicans appointing one kind of justice and Democrats another. You would want somebody who adhered to your view?” Wallace pressed.

“Well of course. I would not like to be replaced by someone who immediately sets about undoing what I’ve tried to do for 25–26 years. I mean, I shouldn’t have to tell you that, unless you think I’m a fool,” he said.

As Republicans seek to fill the seat of the late Justice Ruth Bader Ginsburg, Democrats have often pointed to her “most fervent wish,” which was to be replaced by the next president. Justices of any political persuasion, of course, aren’t allowed by the Constitution to choose their own successors.