“This is long overdue court reform as far as I’m concerned, and I have been thinking about court reform and what we can do regarding the Supreme Court to make it so much more objective,” Hirono told CNN when asked about Democratic presidential nominee Joe Biden’s refusal to answer a reporter’s question about whether he approves of adding more justices to the  Supreme Court.

Hirono said Tuesday that adding more seats to the Supreme Court is something that Democrats have “thought about” and plan to have a “serious discussion” about if they “take back the Senate.” (RELATED: Democrats Threaten To Pack The Court If Republicans Nominate A Replacement For Ginsburg This Year)

“We need to take back the Senate so we can address some of the hypothetical things you’re talking about, but which I have been thinking about for years now,” she said.

Hirono suggested right now it was important to talk about “what’s going to happen in November when the Supreme Court takes up the Affordable Care Act?”

“What I get from Joe Biden is, first and foremost, he has to get elected. Let’s keep our eye on the ball,” she added when prompted on whether Biden needs to take a stance on increasing the size of the Court.

She suggested Biden is providing a “very clear choice” to American voters because he will “address the pandemic” and does not lie. She described the last four years of the Trump administration as “lies” and “chaos.” (RELATED: Biden Won’t Release SCOTUS List Because ‘They Would Be Subject To Intense Criticism’) 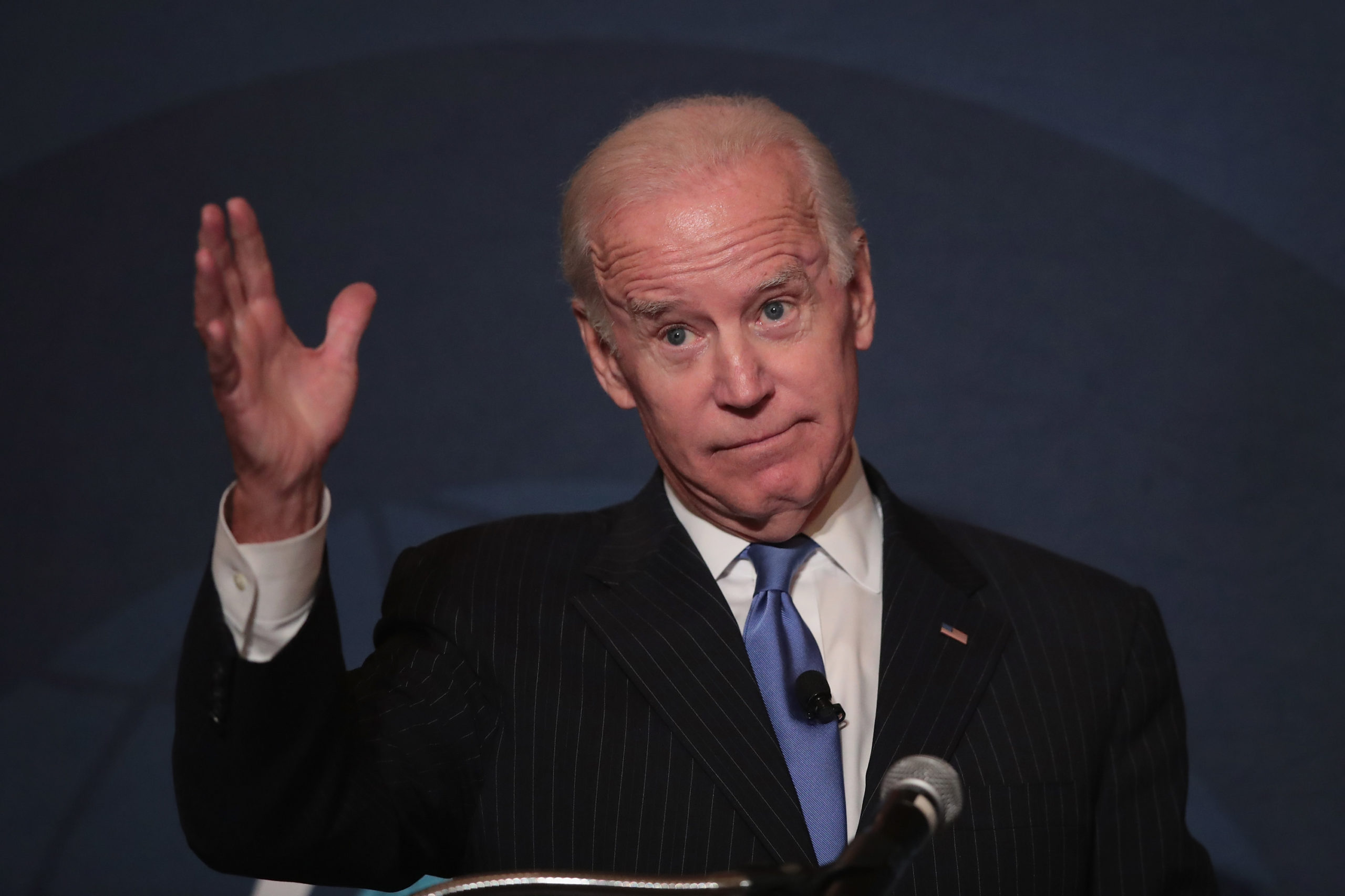 Former vice president Joe Biden speaks to the Chicago Council on Global Affairs on Nov. 1, 2017 in Chicago, Illinois. Biden addressed the consequences of U.S. disengagement from world leadership at the event. (Photo by Scott Olson/Getty Images)

Lawmakers of both parties are focused on future of the Supreme Court  after Justice Ruth Bader Ginsburg passwed away Friday at the age of 87.

President Donald Trump indicated Saturday that he intends to nominate a replacement “without delay” and Senate Majority Leader Mitch McConnell has promised to deliver a vote on that nomination.

Biden was not always reluctant to express his views on packing the Supreme Court. “I don’t think you can start to fool around with changing the structure of the Constitution legislatively,” Biden said in August 2019 while seeking the Democratic presidential nomination. “We tried the court-packing piece under Roosevelt. Even the Democrats opposed it at the time.”