NBA legend and Charlotte Hornets owner Michael Jordan is reportedly starting his own NASCAR team, and the team’s first driver is expected to be Bubba Wallace.

Jordan will be the principal owner of the new team, which is set to begin competing in 2021, according to the Charlotte Observer. He is partnering with current NASCAR driver Denny Hamlin, who has been a friend of Jordan’s for years per the same report.

Wallace is NASCAR’s only black driver at the Cup Series level. He announced recently that he was leaving his current team, Richard Petty Motorsports, at the end of the current season. Wallace drew the attention of national media and even President Donald Trump after what appeared to be a noose was found in his stall at Talladega Superspeedway in June. The incident was later determined to be a misunderstanding, not a hate crime, as previously reported.

Wallace became an outspoken supporter of the “Black Lives Matter” movement in the wake of George Floyd’s death and the subsequent civil unrest. He drove a BLM-branded car at Martinsville in June and has made numerous public statements in support of the movement.

Jordan, who himself has gotten more involved with social justice causes this year, acknowledged that signing the only black driver in NASCAR was a part of the appeal of starting a team.

“If I’m getting involved in NASCAR, then get a Black driver (with) a Black owner,” he told the Observer. (RELATED: MLB, Players Association Donate $10 Million To ‘Improve Representation Of Black Americans In Baseball’) 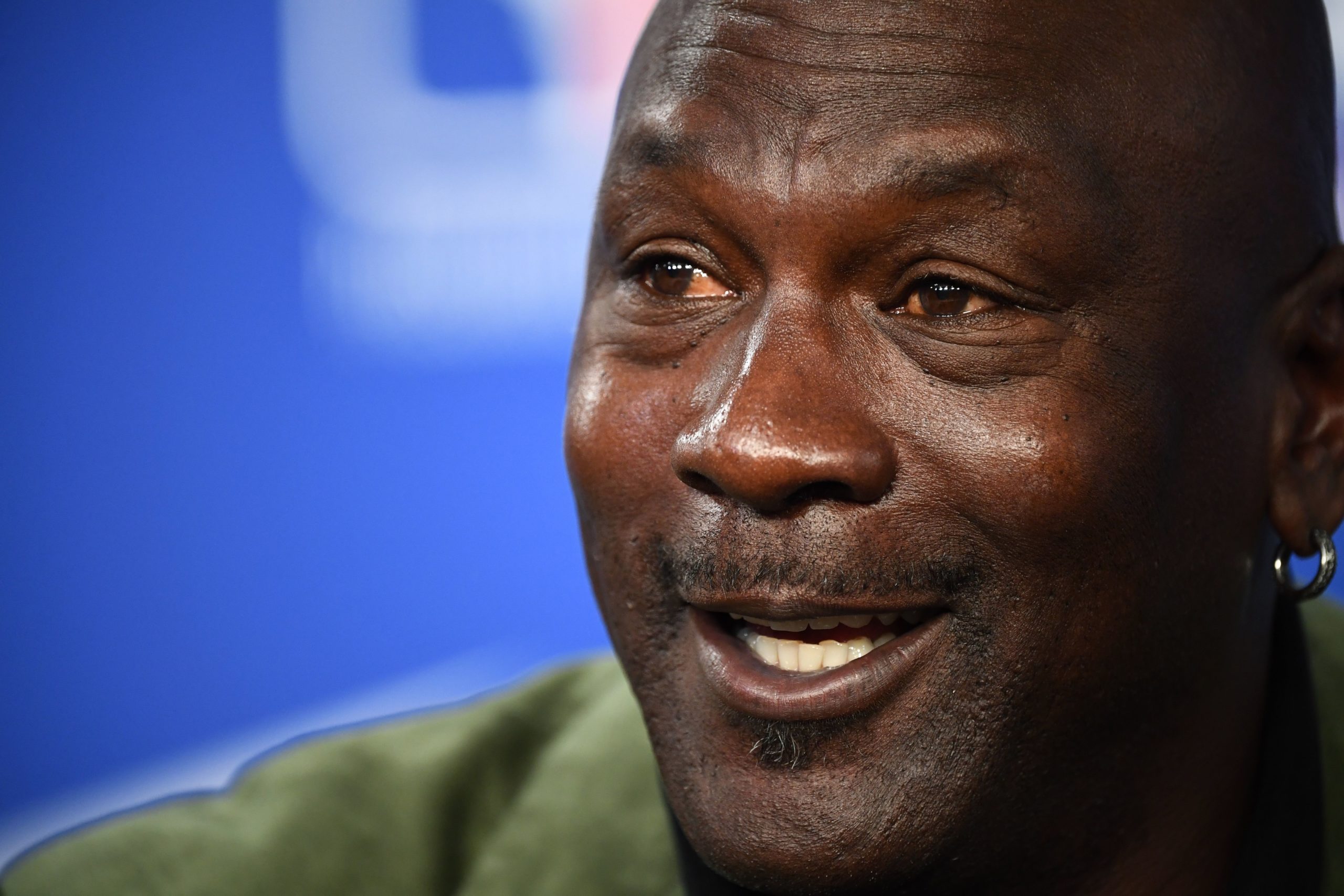 Michael Jordan addresses a press conference ahead of the NBA basketball match between Milwaukee Bucks and Charlotte Hornets at The AccorHotels Arena in Paris on Jan. 24, 2020. (Photo by FRANCK FIFE/AFP via Getty Images)

NASCAR introduced policy in June allowing “peaceful protests” during the national anthem, as reported by CBS Sports. The organization banned Confederate flags from its events earlier this year after pressure from Wallace and others to do so. Up-and-coming driver Kyle Larson was fired in April after using a racial slur on a livestream, per previous reporting.

The sport still maintains an audience concentrated in the South and Midwest and isn’t as racially diverse as leagues like the NFL or NBA. Jordan would be the second current black owner of a team, joining former NBA player Brad Daugherty, who owns JTG Daugherty Racing.

That’s also among the reasons Jordan is getting into the game, he told the Observer in an interview.

Jordan told the Observer he hopes his new team will make an impact both on and off the track, saying “I think the sport has changed and is changing, and I think Bubba has a lot to do with that.”