The Trump administration is sending rapid coronavirus tests produced by Abbott Laboratories to every Historically Black College and University (HBCU) in the country.

The move was confirmed by White House coronavirus task force testing czar Adm. Brett Giroir in an interview with The McClathy Company and comes on the heels of the Department of Health and Human Services’ (HHS) August deal to purchase and distribute 150 million of Abbott’s rapid tests to at-risk populations.

“We know they’ve been underserved historically, and we just want to support them,” he stated. “It is a fact, except for a few very high-tech globally competitive universities that many of these are small, rural and do not have the kind of laboratory capacity that other universities do have.” (RELATED: Dr. Scott Atlas Explains What The Media Is Missing On Coronavirus | WALL STREET MEETS WASHINGTON EP. 24) 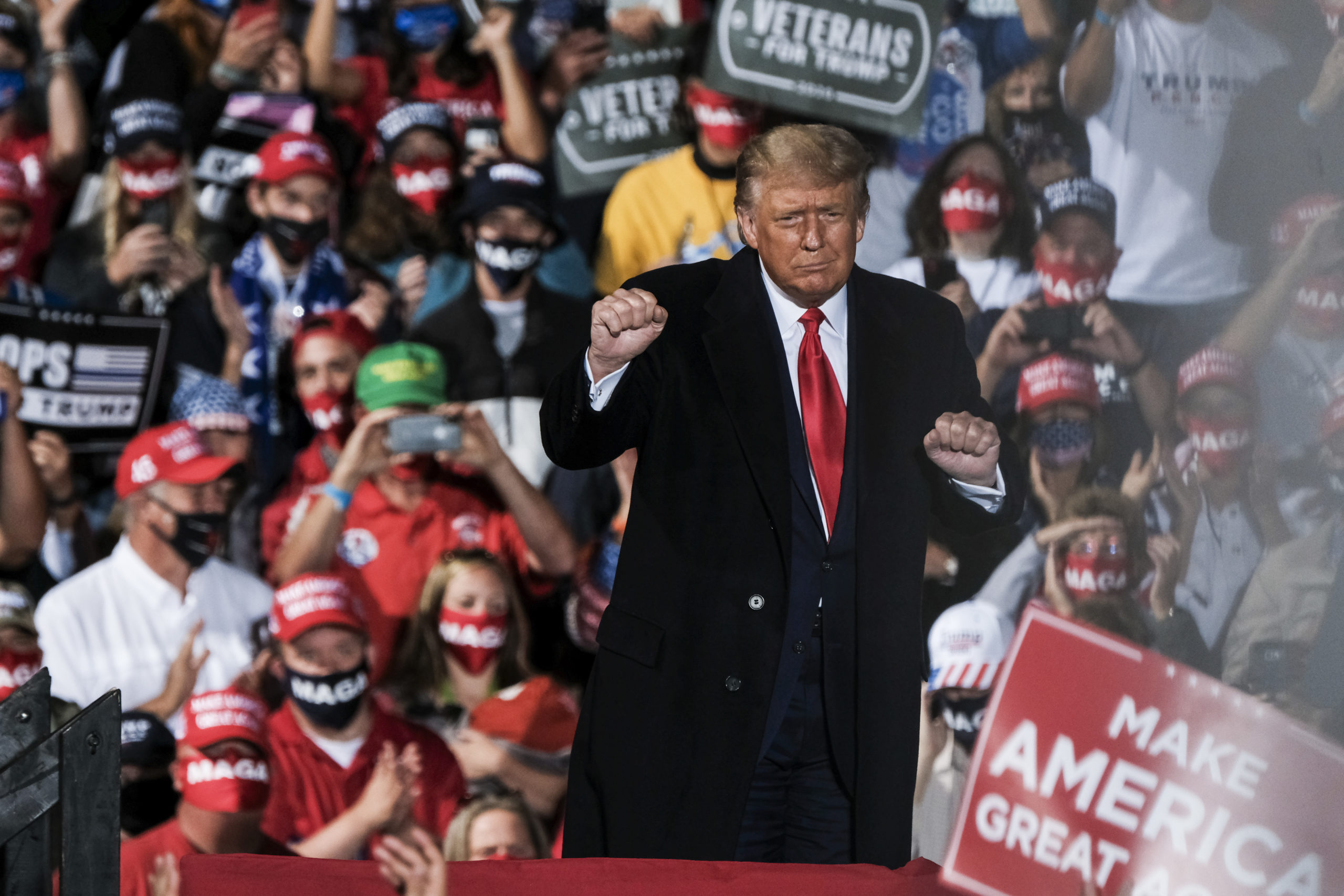 SWANTON, OH – SEPTEMBER 21: President Donald Trump charges up the crowd while speaking of the need to win the upcoming election during a campaign rally at the Toledo Express Airport on September 21, 2020 in Swanton, Ohio. Through the rally the President both expressed the importance of filling the late Supreme Court Justice Ruth Bader Ginsberg’s seat as well as his perceived consequences to America if his opponent Joe Biden were to win in the upcoming election. (Photo by Matthew Hatcher/Getty Images)

“This first shipment should last them quite a period of time unless there’s a very unusual circumstance within that campus,” Giroir continued. “If we don’t support them they could be tinderboxes for infections, hospitalizations and bad outcomes, and there is just no reason for that to happen.”

“The Trump Administration is prioritizing the health and safety of our Nation’s most vulnerable citizens by delivering more than 150 million tests to high-risk communities,” White House deputy press secretary Judd Deere said in a statement to the Daily Caller. “President Trump is a champion for America’s Historically Black Colleges and Universities, and this latest action will ensure they can continue to safely educate and empower Black Americans.”

So far, HHS has sent 250,000 tests to 41 HBCUs and Howard University with plans for a second shipment to be delivered to the remainder of the nation’s 107 HBCUs in the coming weeks. Giroir stated that each school will receive enough tests to cover both the student and faculty bodies in their entirety.

In addition to HBCUs, the HHS initiative in question is also supplying Abbott rapid tests to nursing homes, tribal jurisdictions, and areas impacted by wildfires and hurricanes.

President Donald Trump and his allies frequently tout his support for HBCUs as a major accomplishment of his term in office.