The United States and the United Arab Emirates seek to have an initial agreement by December to sell F-35 stealth fighters to the Gulf state, according to Reuters.

The agreement is intended to be reached before the UAE National Day celebration on Dec. 2, sources close to the negotiations told Reuters. It will also reportedly prioritize preserving Israel’s “qualitative military edge” in the region, according to The Drive. (RELATED: Kushner: ‘Very Good Chance’ More Israel Peace Deals Will Be Announced Before Election)

Israeli authorities have expressed concern over an F-35 deal, saying it could potentially weaken Israel’s military dominance in the Middle East.

“It’s not good for Israel that the plane is going around in other places. We need to talk to the Emiratis, to the Americans, and make sure that our security interests are being upheld,” Israel Defense Minister Benny Gantz said, according to The Times Of Israel. (RELATED: ‘Will Always Be Remembered’: Iran’s Leader Says Israel-UAE Deal A ‘Betrayal’) 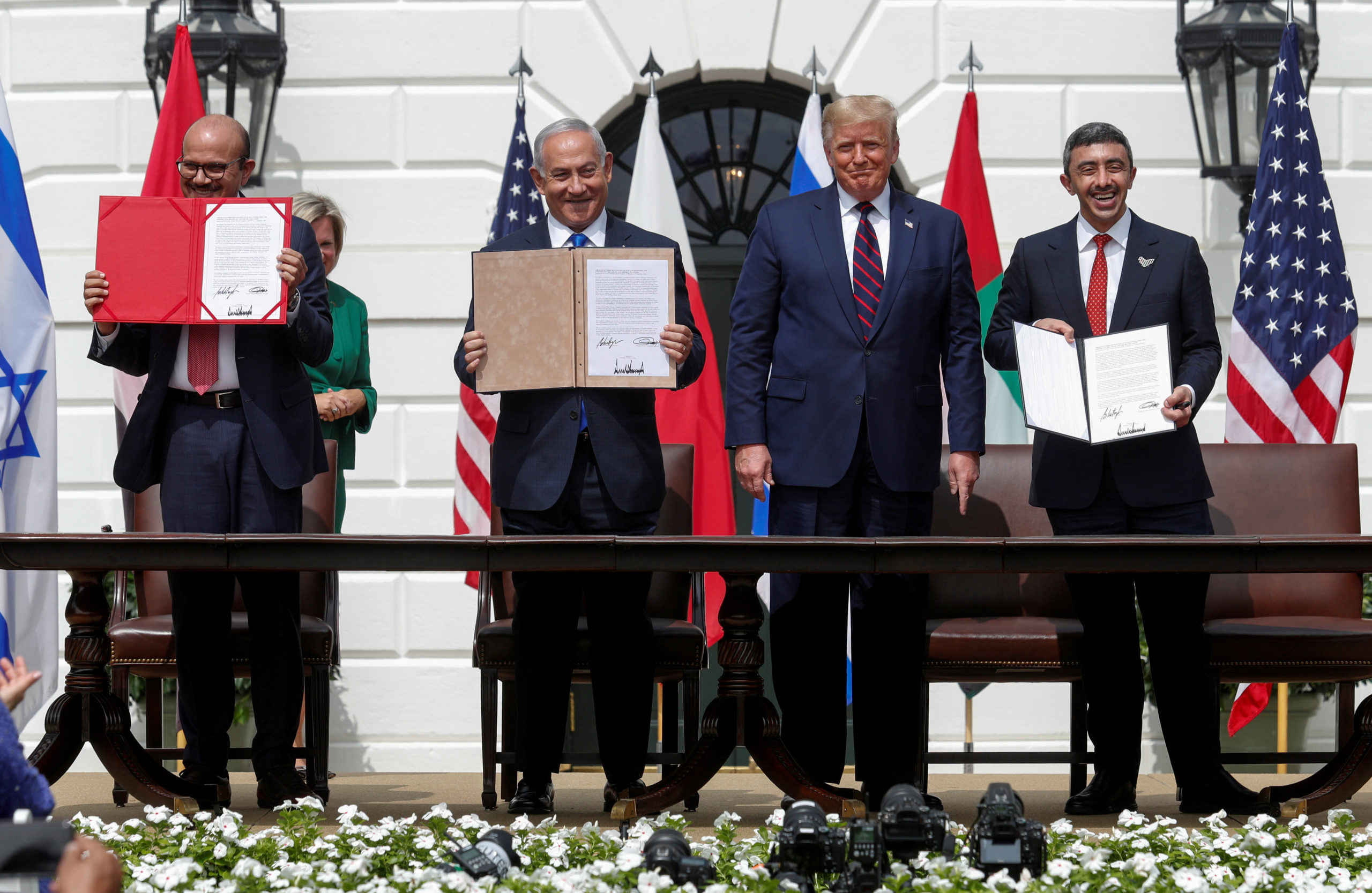 U.S. President Trump hosts leaders of Israel, the UAE, and Bahrain for the Abraham Accords signing ceremony at the White House in Washington. (REUTERS/Tom Brenner)

The latest developments on the sale come just over a month after the U.S. brokered a peace deal between Israel and the UAE, which normalized relations between the two countries. President Donald Trump told Fox News that he has “no problem” selling the F-35 to the UAE.