Democratic West Virginia Sen. Joe Manchin said Wednesday that he opposes packing the Supreme Court or ending the Senate filibuster and urged his Democratic colleagues to be “bipartisan.”

“I do not believe that would help anybody,” Manchin told “Fox & Friends” when asked if he would favor adding more seats to the Supreme Court or ending filibusters in the Senate.

“Basically, no one is working together,” the senator said, noting that packing the Supreme Court could be a chronic game of tit for tat: “you have 11 or 13 [seats] it’s going to flip the other way no matter who comes in power. So why would you go down that path?” Manchin asked.(RELATED: Democratic Sen. Mazie Hirono Says Adding Seats To Supreme Court ‘Is Long Overdue Court Reform’)

“We’ve got to fight for basically who we are as a Senate. Can we represent the people in a bipartisan way: Democrats and Republicans?”

The senator also said that if the Democrats controlled the White House in 2020 and could nominate a Supreme Court justice, he is “sure there would be a push to shove somebody through.”

Trump indicated Tuesday that he intends to announce his next Supreme Court nominee — necessitated by the death of Justice Ruth Bader Ginsburg last week — this Saturday and Senate Majority Leader Mitch McConnell has promised to deliver a vote on that nomination.

Manchin argued that politics in the Senate should be minimized. “The Senate was basically designed and intended to be bipartisan … We’ve got to cool it off … We’re not doing a very good job.” (RELATED: Democrats Threaten To Pack The Court If Republicans Nominate A Replacement For Ginsburg This Year)

The senator said he is “the most bipartisan person in the Senate” and noted that he has voted for 161 of President Trump’s judicial nominees. 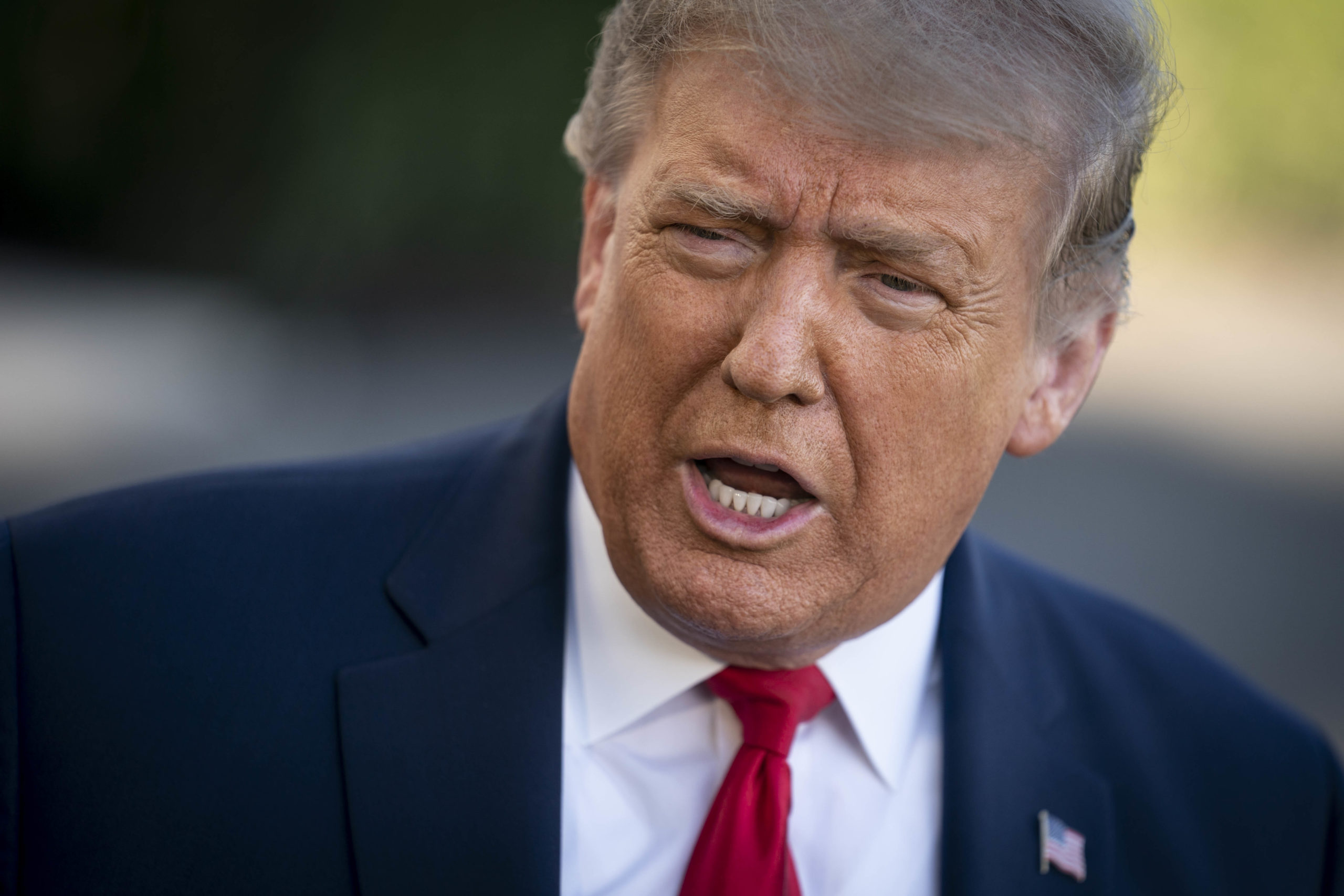 WASHINGTON, DC – SEPTEMBER 19: U.S. President Donald Trump speaks to members of the press prior to his departure from the White House on September 19, 2020 in Washington, DC. President Trump is traveling to North Carolina for a campaign rally. (Photo by Sarah Silbiger/Getty Images)

Manchin said he wants to continue to work in a bipartisan way and questioned whether Democratic senators under former Senate Majority Leader Harry Reid were wise to back the “nuclear option” that enables legislation to be passed with a simple majority and does not require 60 votes.