OTTAWA — Canadian Prime Minister Justin Trudeau in a nationwide television address Wednesday said diversity will help build a new and stronger economy in a country that he claimed is already in the midst of a second wave of the coronavirus.

“Diversity is not just our strength: it’s our competitive edge. Our differences are making us richer, whatever our beliefs, our culture or the color of our skin.” 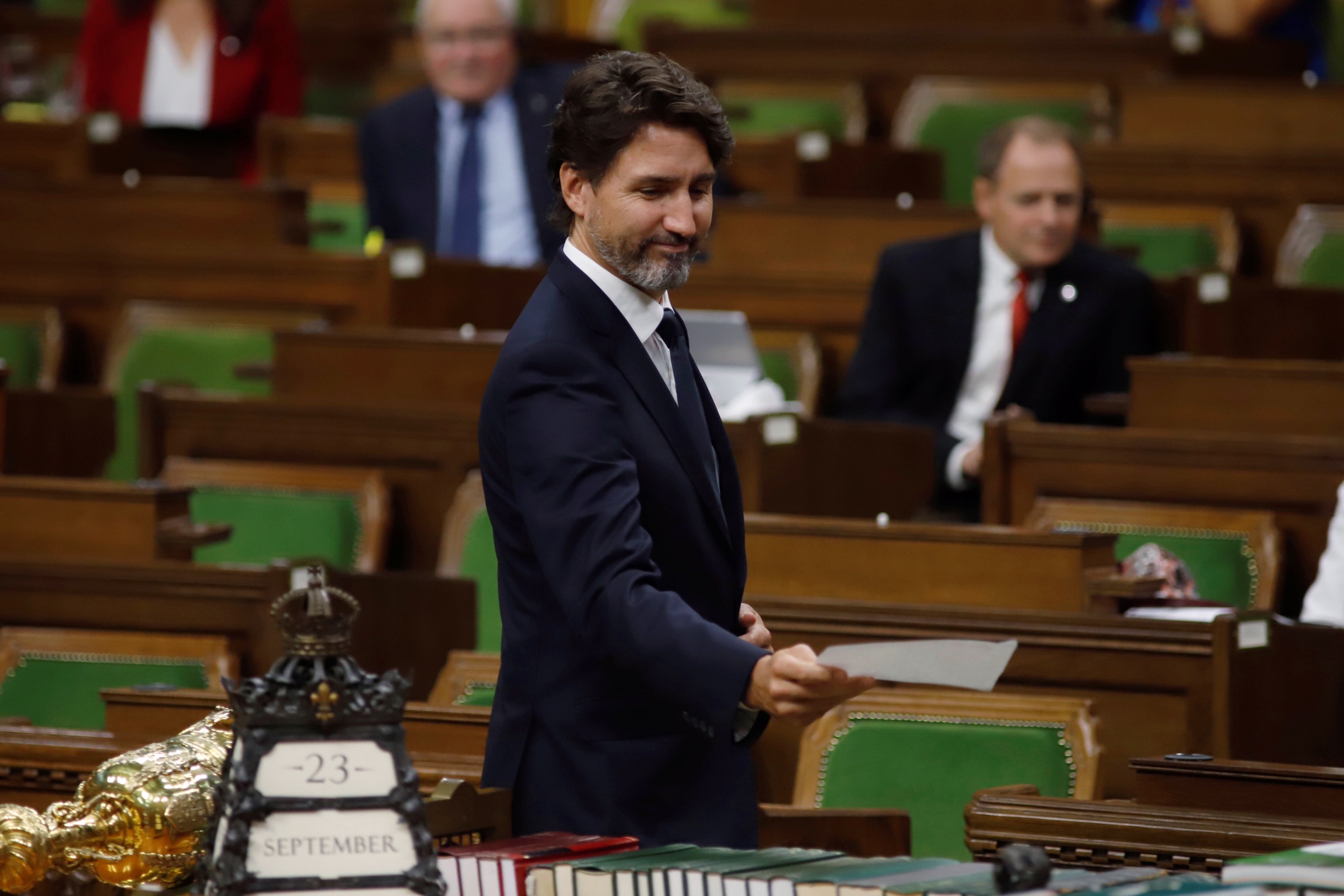 Although the address focused on his Liberal government’s continuing response to the coronavirus pandemic as Parliament resumed Wednesday with a Speech from the Throne from the Governor General, Trudeau spoke at length about social issues and his vision of a green economy. (RELATED: ‘Less Justin Trudeau’: Erin O’Toole Becomes The New Leader Of The Conservative Party Of Canada)

”We can’t forget what it’s all for: making sure that everyone can participate to their full potential … As a country we must keep making progress on reconciliation with indigenous peoples and on fighting systemic racism.” Trudeau said.

The prime minister described his plans for a new economy, based on “energy workers innovating to decarbonize, auto workers building zero emission vehicles, engineers and construction workers delivering green retrofits for our homes and buildings.”

Trudeau described the coronavirus “the fight of our generation” and claimed that the “second wave” of the disease “is not just starting it’s already underway,” as Trudeau claimed there were ten times as many new coronavirus cases on Tuesday than there were on the first day of the lockdown in Canada.

The Speech to the Throne contained more promises, including extending the Canada Emergency Response Benefit that provides a monthly $2,000 (CDN) payment to eligible workers until next summer. Trudeau also said he plans to introduce a universal national child care program in the near future. (RELATED: With Canada Day Celebrations Cancelled, Thousands Blanket Ottawa Streets To Protest Trudeau Government ‘Corruption’)

Trudeau suspended Parliament on Aug. 24 after Finance Minister Bill Morneau resigned. Both Morneau and Trudeau had spent most of the summer battling a major spending scandal.

Official Opposition Conservative leader Erin O’Toole said he was not satisfied with Trudeau’s Throne Speech and his party will not support it when it comes up for a vote in the House of Commons, expected next week. Trudeau is at the head of a minority government and it will fall if another opposition party joins with the Conservatives to vote against it.

In a televised rebuttal to Trudeau’s speech, O’Toole said the prime minister had not offered “practical help” to assist small businesses to survive the economic fallout of the coronavirus pandemic nor had he delivered on his promise to initiate more testing for the virus.

O’Toole also criticized Trudeau’s dependence upon China for exports — especially during the coronavirus. Trudeau sent 17 tons of personal protective equipment to China leading to shortages in Canada early in the pandemic.

“We must open up new dependable markets in the Asia-Pacific,” O’Toole said, adding that Canada needs to tell “communist China” that “the one thing not for sale is our values.”