The case against a New York City police officer arrested Monday on charges that he spied for China highlights the role that the communist regime’s consulates play in its spy operations in the United States, as well as Beijing’s surveillance of ethnic groups abroad.

Baimadajie Angwang, a community affairs liaison for the NYPD, is accused of providing intelligence on Tibetan nationals living in New York to his handler in the Chinese consulate in New York City.

Angwang, who is also in the U.S. Army Reserves, reported the activities of ethnic Tibetans to consulate officials, a criminal complaint says. He also allegedly “spotted and assessed” potential intelligence sources in the Tibetan diaspora, and leveraged his position in the NYPD to provide access for consulate officials to official events. (RELATED: Feds: NYPD Cop Spied On Tibetan Nationals For China)

China’s diplomatic outposts in the U.S. have been involved in other alleged spy scandals in recent months.

In July, the U.S. government shut down the Chinese consulate in Houston over what officials said was “malign” intelligence-gathering activity.

A Justice Department official said at the time that China’s consulates support a broad network of Chinese nationals in more than 25 U.S. cities.

In June, the Chinese consulate in San Francisco provided safe harbor to a Chinese researcher, Tang Juan, indicted on charges that she lied about her connections to the People’s Liberation Army (PLA). And according to The New York Times, the U.S. government quietly expelled two officials from the Chinese embassy in Washington, D.C. caught monitoring a U.S. Special Forces outpost in Virginia late last year.

While the use of embassies and consulates to conduct intelligence operations is not unusual for any nation, the flurry of spy cases highlights growing diplomatic tensions between Washington and Beijing. 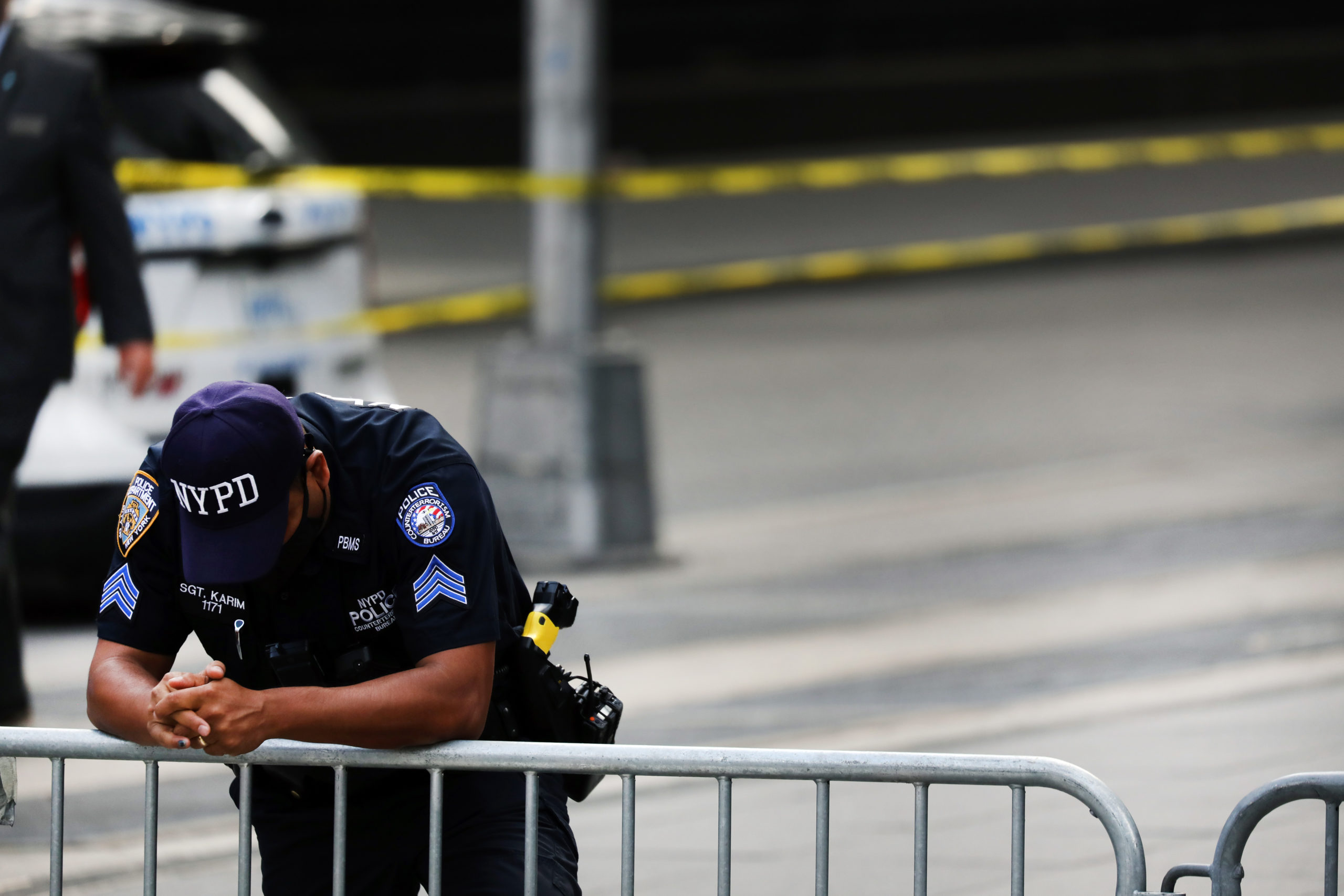 FBI Director Christopher Wray told Congress in July that China poses the greatest overall counterintelligence threat to the U.S. He testified that the bureau opens a new investigation into Chinese espionage activities every 10 hours.

The Angwang case is an atypical spy investigation, not only because of Angwang’s position in the NYPD, but also because he allegedly surveilled private individuals living outside of China.

The investigation sheds light on Beijing’s continued interest in members of ethnic groups living overseas. The Chinese government considers Tibetans to be one of the “five poisons” of the regime, alongside Muslim Uyghurs, supporters of the Falun Gong sect, and advocates of autonomy for Taiwan.

ICIJ, an investigative journalism group, has reported that the Chinese government uses its embassies and consulates to collect intelligence on ethnic Uyghurs living abroad.

In April 2018, The New York Times reported that Swedish authorities indicted a Tibetan national on charges that he collected intelligence on Tibetan expatriates and provided them to Chinese intelligence agents during meetings in Finland and Norway.

The International Campaign for Tibet (ICT), a Washington, D.C.-based advocacy group, said that Angwang’s case shows “the Chinese government’s continued attempt to reach beyond its borders to stifle critical discussion of its repressive policies.”

“The charges against the NYPD officer warrant that both the Trump Administration and Congress hold China accountable,” Bhuchung K. Tsering, the vice president of ICT, said in a statement on Wednesday.

“There is perhaps no greater symbol of China’s double standards against the United States than its refusal to allow American citizens—especially Americans of Tibetan descent—into Tibet even as it spies on and intimidates Tibetans living here within US borders.”

The complaint cites recorded conversations Angwang had with his handler, who he referred to as “Boss.” The consulate official is believed to have been assigned to the China Association for Preservation and Development of Tibetan Culture, a front group for the United Front Work Department (UFWD), which the Chinese Communist Party uses to infiltrate and track opposition groups abroad.

“To achieve these goals abroad, the UFWD seeks to coopt ethnic Chinese individuals and communities living outside the PRC,” the complaint says.

ICT, the Tibetan advocacy group, has flagged other front groups that Beijing allegedly uses to access Tibetan communities in the West.

The report also said that the Chinese government has long used adherents of a dissident Tibetan Buddhist sect called Shugden as intelligence operatives and to undermine support for the Dalai Lama, the leader of Tibetan Buddhism. Followers of Shugden maintained connections to the Chinese consulate in New York, the ICT report said.

ICT released a document from the Chinese Communist Party in 2015 that said that Shugden sect was “an important front in our struggle with the Dalai Clique.”

According to ICT, the complaint against Angwang shows that he suggested to his handler at the consulate that they try to develop intelligence sources within the Shugden movement.

“When the Consulate extends a helping hand to them, they will feel the warmth of the motherland,” Angwang told his handler, according to the complaint.

Angwang and the consular official also discussed strategies to lure Tibetan nationals in as intelligence assets, including by offering extended visas, the complaint says. Angwang and his handler also discussed potentially cozying up to a Tibetan-American politician who they saw as a possible ally in their mission.

Angwang himself ended up in the United States after overstaying a cultural exchange visa. The complaint says that Angwang “eventually sought asylum in the United States on the basis that he had allegedly been arrested and tortured in the PRC due partly to this Tibetan ethnicity.”

The Chinese consulate denied any wrongdoing in response to the charges against Angwang, saying that its diplomats have acted “aboveboard and beyond reproach.”

“The staffs of the Chinese Consulate General in New York have always been fulfilling duties in accordance with international law and the law of the United States. They have been conducting normal exchanges with various sectors of society in its consular district, and have been committed to promoting friendly communication and exchanges between the Chinese people and the people from all works of life in its consular district,” the consulate said in a statement.