A former iron workers union president was sentenced to 42 months in prison Wednesday for ordering and participating in the violent extortion of non-union workers at a construction site.

Jeffrey Veach, 57, the former president of an Indiana chapter of the International Association of Bridge, Structural, Ornamental, and Reinforcing Iron Workers (BSOIW) was charged for his role in the incident in 2018, according to the Department of Justice (DOJ). He and co-defendant Thomas Williamson, a business agent for BSOIW, each pleaded guilty in January to one count of extortion conspiracy, the DOJ said.

“Under the pretext of serving their union, [Veach] victimized the very type of people [he was] supposed to be fighting for; innocent, hard-working iron workers, who were just trying to do their jobs,” said DOJ organized crime attorney Alexander Gottfried, according to the Northwest Indiana Times.

Wednesday’s sentencing stems from a 2016 incident that resulted in the assault of multiple non-union workers, according to the DOJ. 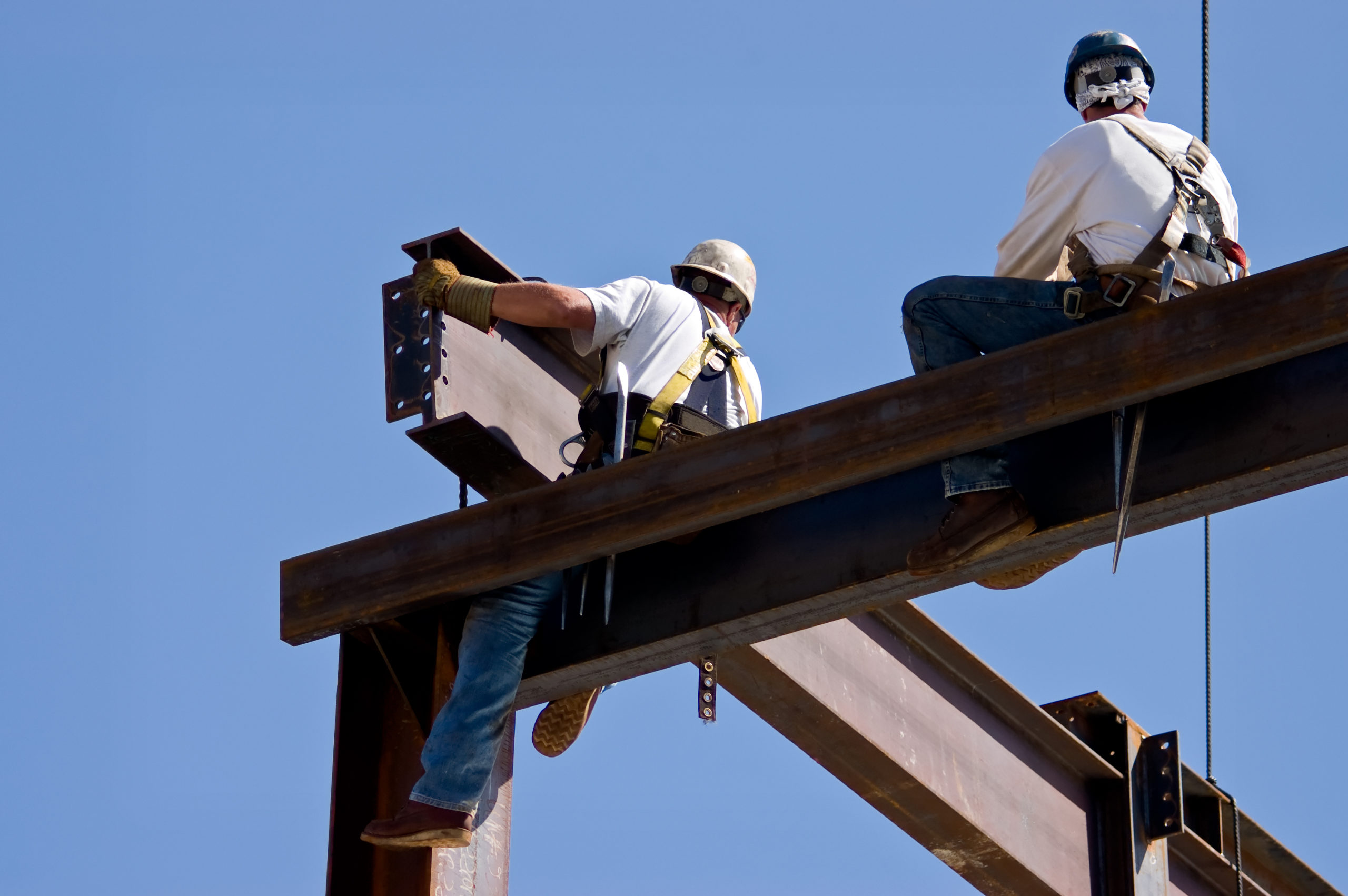 Two iron workers atop a beam at a construction site. (Dwight Smith/Shutterstock)

Williamson discovered in January 2016 that a non-union iron works company was involved in a project at a Baptist church in BSOIW’s “territory,” according to his guilty plea. He visited the church and told the workers to either join his union or leave the site, but was rebuffed.

He then confronted a youth pastor at the church and told him that hiring non-union labor was “unethical,” the DOJ said.

Accompanied by Veach, Williamson returned to the church the next day again demanding the workers join BSOIW, according to the DOJ. After the foreman refused and asked them to leave, Williamson grabbed his jacket and called him a “scab bastard.”

Williamson told Veach they’d need to “take things back to old school” as they were leaving the site, according to their guilty pleas. (RELATED: Union Members Are Supporting Donald Trump Despite Unions Endorsing Joe Biden)

One non-union iron worker would need several surgeries and extended hospitalization from a broken jaw he sustained during the attack, the DOJ said.

Veach resigned from his position in January after his plea, according to the DOJ. He isn’t allowed to hold any union position for 13 years.

The BSOIW chapter Veach had led is comprised of 1,271 members, according to Department of Labor filings. BSOIW has about 130,000 members nationwide.