The letter, which was shared with the Daily Caller, was sent Thursday and is addressed to DHS Inspector General Joseph Cuffari, who was called on by more than 170 members of Congress to open an investigation into the allegations that Dr. Mahendra Amin, an independently-contracted physician, had performed hysterectomies on detainees without their consent. 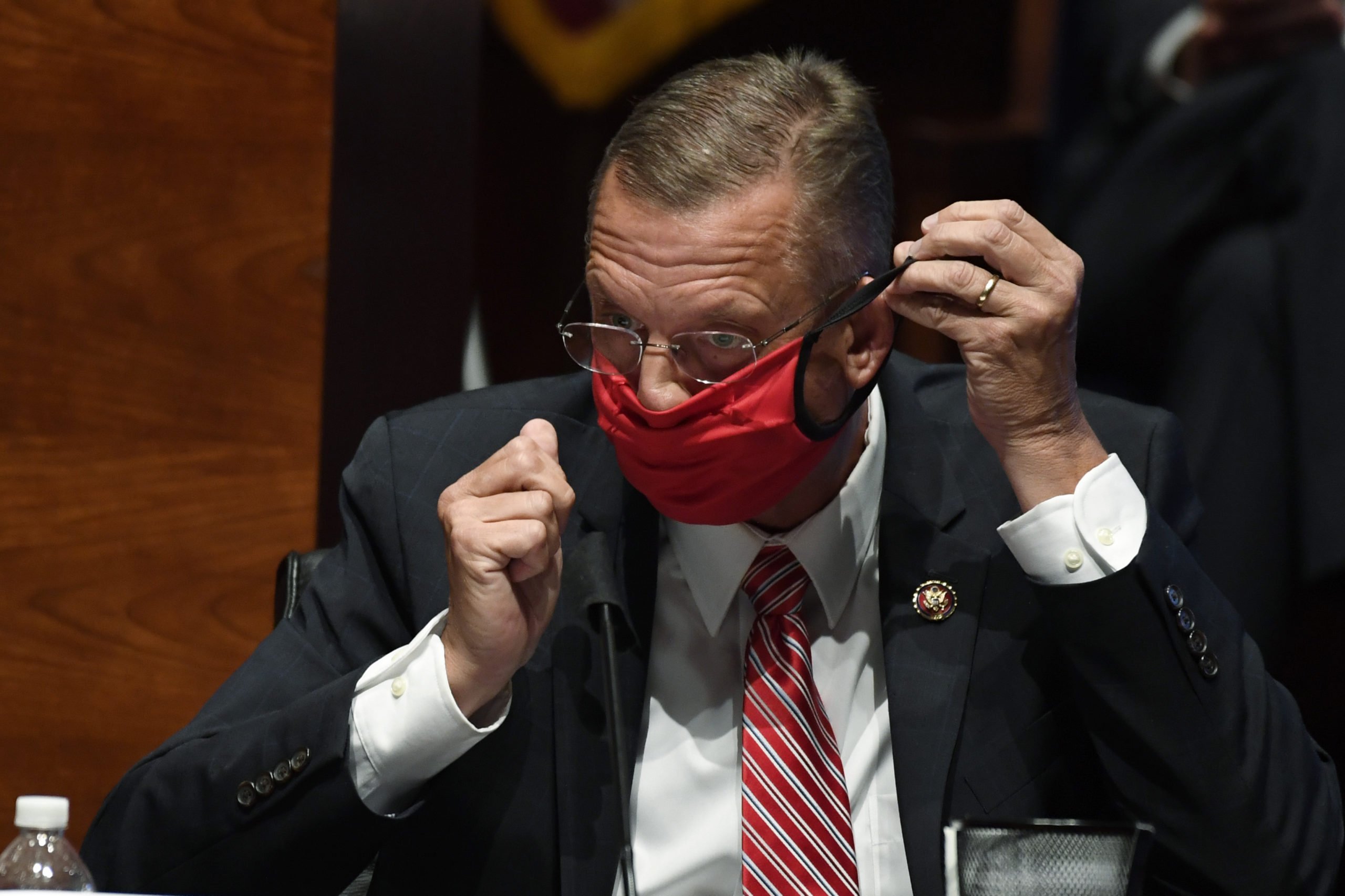 WASHINGTON, DC – JUNE 24: Rep. Doug Collins (R-GA) puts on his mask during a House Judiciary Committee hearing on oversight of the Justice Department and a probe into the politicization of the department under Attorney General William Barr on Capitol Hill, June 24, 2020 in Washington, DC. (Photo by Susan Walsh-Pool/Getty Images)

Collins and Scott dispute the motives of Project South, a social justice advocacy group that filed the complaint on behalf of five women who allegedly received hysterectomies without giving their consent while they were detained at the ICE Irwin County Detention Facility in Georgia. Dawn Wooten, a nurse who worked at the facility until her demotion in July, filed a whistleblower complaint Sept. 14 alleging “gross disregard for health and safety standards, lack of medical care, and unsanitary living conditions at Irwin,” according to NPR. Wooten described Amin as the “uterus collector.” Wooten is represented by the Government Accountability Project and Project South.

“We write today concerning sensationalized reports regarding the treatment of detainees at the Irwin County Detention Center in Ocilla, Georgia,” the congressmen write. “Recent developments indicate that the allegations included in the complaint made to your office by Dawn Wooten, represented by Project South, are questionable at best. We hope that your office will consider the recently reported facts disputing Ms. Wooten’s allegations, and shedding light on Project South’s radical, anti-law enforcement agenda, as you continue your investigation.”

In response to the allegations, ICE announced that it would cooperate with investigations into the claims, and said it “welcomes the efforts of both the Office of Inspector General as well as the Department of Homeland Security’s parallel review,” Acting ICE Director Tony Pham told the Daily Caller News Foundation Friday. (RELATED: Acting ICE Director: Anyone Responsible For Alleged Forced Hysterectomies ‘Should Be Held Accountable’)

ICE said that it “vehemently disputes the implication that detainees are used for experimental medical procedures,” according to Business Insider.

Amin, the doctor identified in news reports to have carried out the non-consensual procedures, was not hired by ICE, but was contracted by the private detention center, Pham told the DCNF.

Collins and Scott say that Wooten’s allegations of mass hysterectomies are “unsupported by hospital and ICE records.” Heath Clark, an attorney for the group which runs Georgia’s Irwin County Hospital, said that it had records of two procedures carried out by Amin, and called Wooten’s allegations “demonstrably false,” according to the Washington Post. Amin has repeatedly denied the allegations.

“These allegations are disturbing and sensational, but they are not supported by reality,” Clark said.

Activists have claimed that many of the procedures took place and happened at an abnormal scale, but didn’t give a specific number, according to Business Insider.

An Associated Press review of medical records for four women and interviews with lawyers revealed growing allegations that Amin performed surgeries and other procedures on detained immigrants that they never sought or didn’t fully understand. Some procedures could be justified based on problems documented in the records, according to the AP, but the women’s lack of consent or knowledge raised legal and ethical issues. 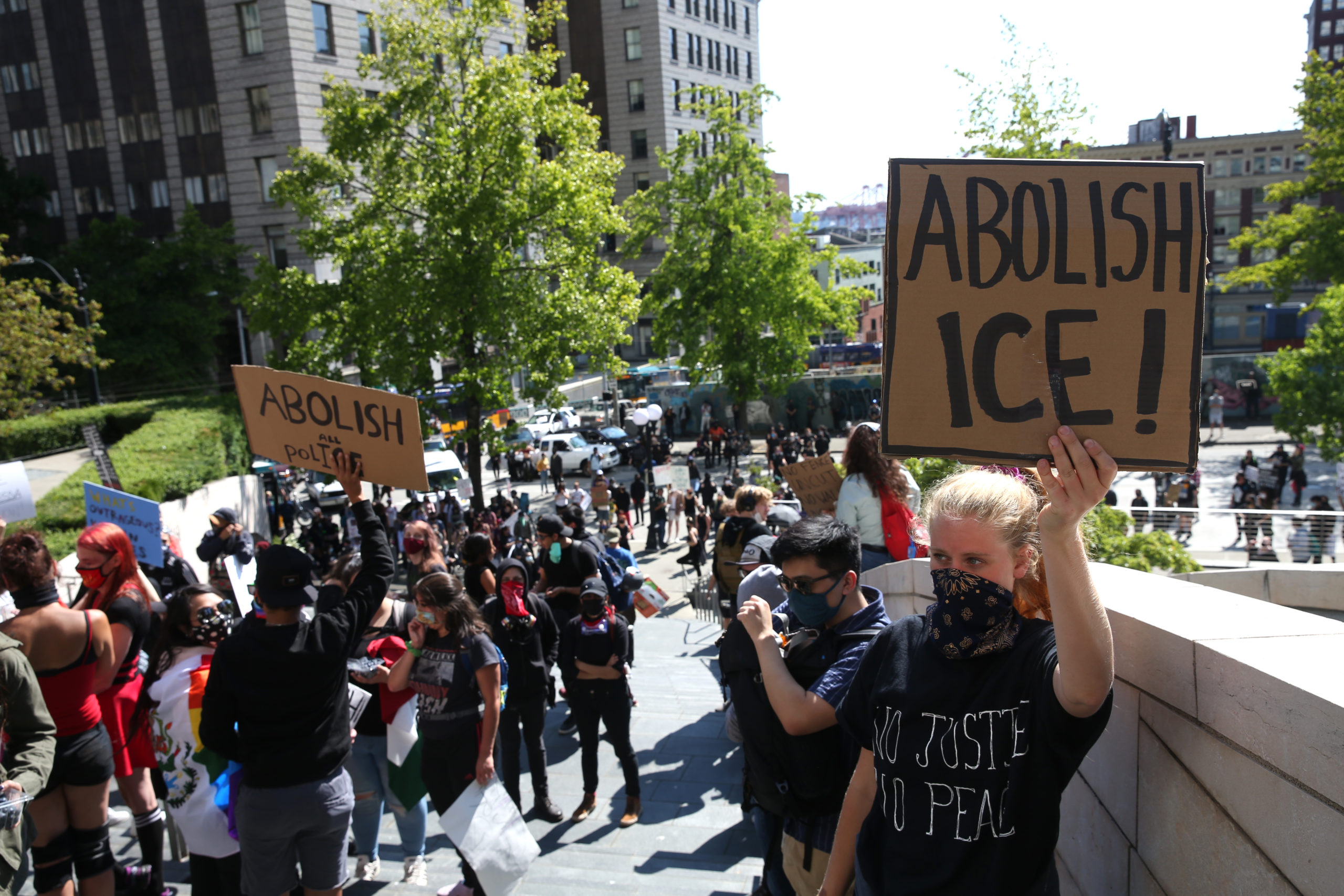 “Project South’s complaint, which relies on several unsubstantiated, secondhand accounts and Ms. Wooten’s own view of operations at the Center, was quickly refuted by individuals at both the Irwin County Hospital and Immigrations and Custom Enforcement (ICE) who have made clear that the group’s claim of mass hysterectomies is unsupported by hospital and ICE records,” the letter continues.

Following the reports, 173 congressional Democrats demanded the Department of Homeland Security’s inspector general investigate the whistleblower complaint, and requested a congressional briefing from Cuffari on the status of the probe by no later than Sept. 25, according to Business Insider.

“Despite these facts, Democrat members of Congress and the media have seized on Ms. Wooten’s claims that the doctor in question is a “uterus collector” who takes “all their uteruses our or he’s taken their tubes out,” leading congressional leaders to accept Project South’s claims as fact, despite the increasing evidence demonstrating Ms. Wooten’s claims are, at best, exaggerated and, at worst, completely fabricated.”

According to Project South’s website, among the organization’s projects ending “the use of local police to enforce the federal government’s draconian and racist immigration policies.” It also aims to shut down immigration detention centers and provide “political support and legal advocacy to defend dissent against Israel’s racist abuses of Palestinian rights.”

“As you conduct your investigation, I hope you will also consider the motives behind the nonprofit at the center of M????s. Wooten’s complaint  — Project South,” the lawmakers’ letter says. “Given the fact that Project South openly characterizes the U.S. government’s immigration laws as “draconian” and “racist”, it is safe to assume this organization has a vested interest in furthering Ms. Wooten’s allegations in an effort to shut down the facility.”

Collins and Scott urge the inspector general to consider the reports from the hospital, ICE, and the “clear motives” of Project South as the investigation is undertaken.

“The legislature has a duty to the American people that it will take seriously any claims of government wrongdoing, abuse, and fraud, but Democrats have shown a willingness to spend every dime of taxpayer money they can to investigate claims that support their anti-ICE stance, no matter how unfounded or exaggerated they may be, just to lodge criticisms at the Trump Administration.”