Senate Majority Leader Mitch McConnell criticized the violent riots in his hometown of Louisville, Kentucky, on Thursday after ruling from a grand jury to charge one of three officers involved in the death of Breonna Taylor.

McConnell called Taylor’s death “tragic” but also mentioned that he has full confidence in Kentucky Attorney General Daniel Cameron and the grand jury investigation. The Senate Majority Leader went on to slam the violence and riots committed in Louisville, Kentucky, in which two officers were shot. Buildings also had their windows smashed in and there were fires set across the city.

“I’ve spoken repeatedly in recent months about the tragic killing of Breonna Taylor in my hometown of Louisville, the need for justice, and the healing work ahead for our community. Kentucky’s Attorney General, Daniel Cameron, conducted exactly the kind of thorough, impartial investigation that justice demands. Yesterday, that chapter concluded, and the grand jury conducted the handoff to criminal prosecution. I have full confidence in the Attorney General’s painstaking pursuit of facts and justice,” McConnell said.

He then went on to call out the riots in his hometown of Louisville, saying those involved will face the consequences.

“Many Kentuckians have channeled their continuing grief and anger into a peaceful exercise of their First Amendment rights. But in Louisville last night, we saw more of the lawlessness, riots, and violence that has plagued American cities too often this year. “Citizens’ businesses were vandalized. Fires were set in streets. And two officers of the Metro Police Department were shot and wounded while protecting public safety downtown. As of last night, one officer was still undergoing surgery, but both were in stable condition. We are praying that both will make full recoveries. And one suspect is in custody,” McConnell continued. 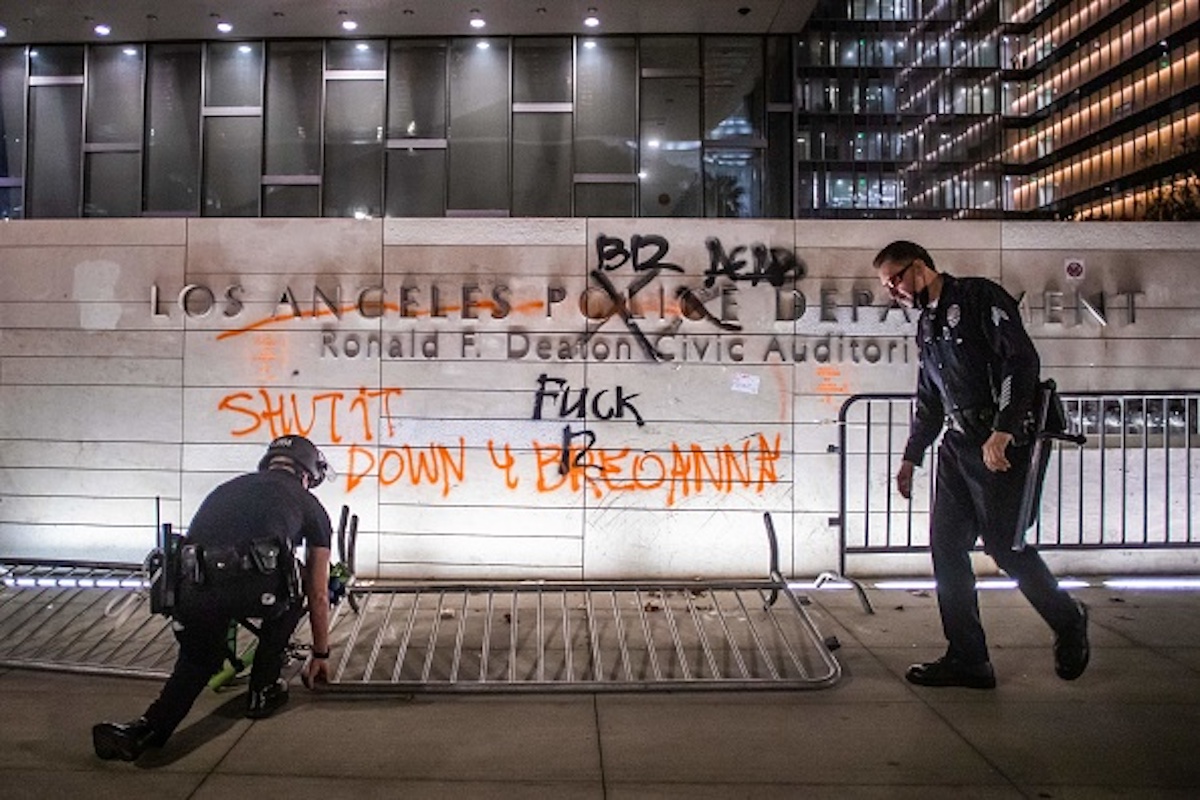 “Peaceful protests honor the memory of Breonna Taylor. Peaceful protests move us toward justice. Smashing windows does not. Setting fires does not. Rioting in the streets does not. And trying to gun down law enforcement officers who are bravely serving their community is the kind of despicable cowardice that must be met with the full force of the law,” McConnell added. (RELATED: Over 120 Arrests Recorded At Louisville Riots, Reports Say)

The two officers shot are both currently stable and are being treated in the hospital.