Nine military mail-in ballots cast for President Donald Trump were discarded at a local Pennsylvania board of elections office, a federal investigation concluded.

The FBI and Pennsylvania State Police began an investigation Monday at the request of Luzerne County District Attorney Stefanie Salavantis, U.S. Attorney David Freed said in a statement. Salavantis requested federal assistance following reports of issues with a small number of ballots at the Luzerne County Board of Elections.

“Investigators have recovered nine ballots at this time,” Freed said in a statement Thursday. “All nine ballots were cast for presidential candidate Donald Trump.” 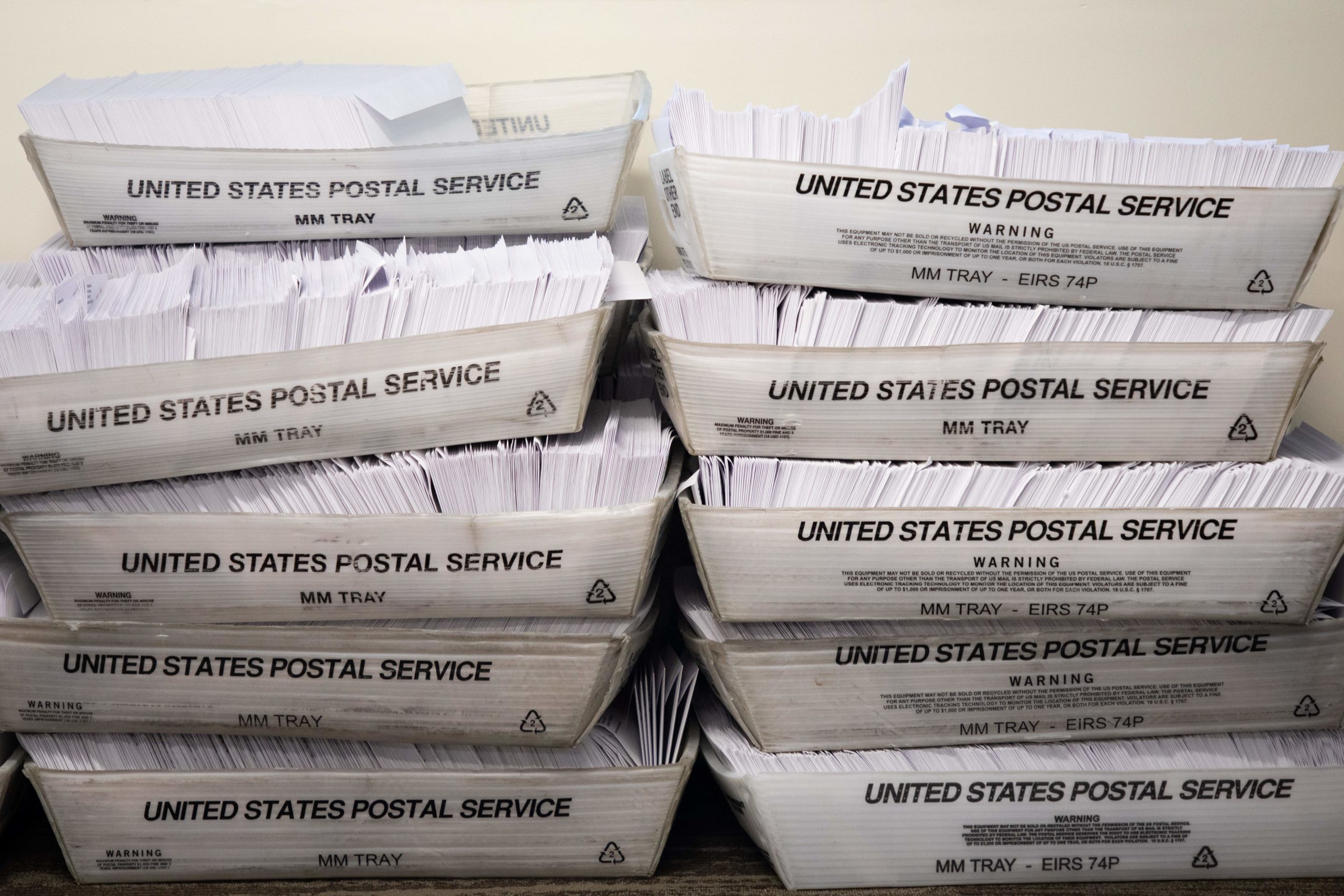 Large boxes of envelopes are seen as absentee ballot election workers stuff ballot applications at the Mecklenburg County Board of Elections office in Charlotte, North Carolina on September 4, 2020. (Logan Cyrus/AFP via Getty Images)

“It is the vital duty of government to ensure that every properly cast vote is counted,” he said.

The investigation into the mail-in mishap comes as the November election, which will see a significant uptick in mail voting, approaches. A record 76% of Americans will be able to vote by mail in the general election, The New York Times reported.

“To avoid even the appearance of any impact on election mail, I am suspending these initiatives until after the election is concluded,” DeJoy said in a statement.

Trump has opposed universal mail-in voting and has said that the election will be more susceptible to fraud. He floated the idea of delaying the election, but later backtracked.