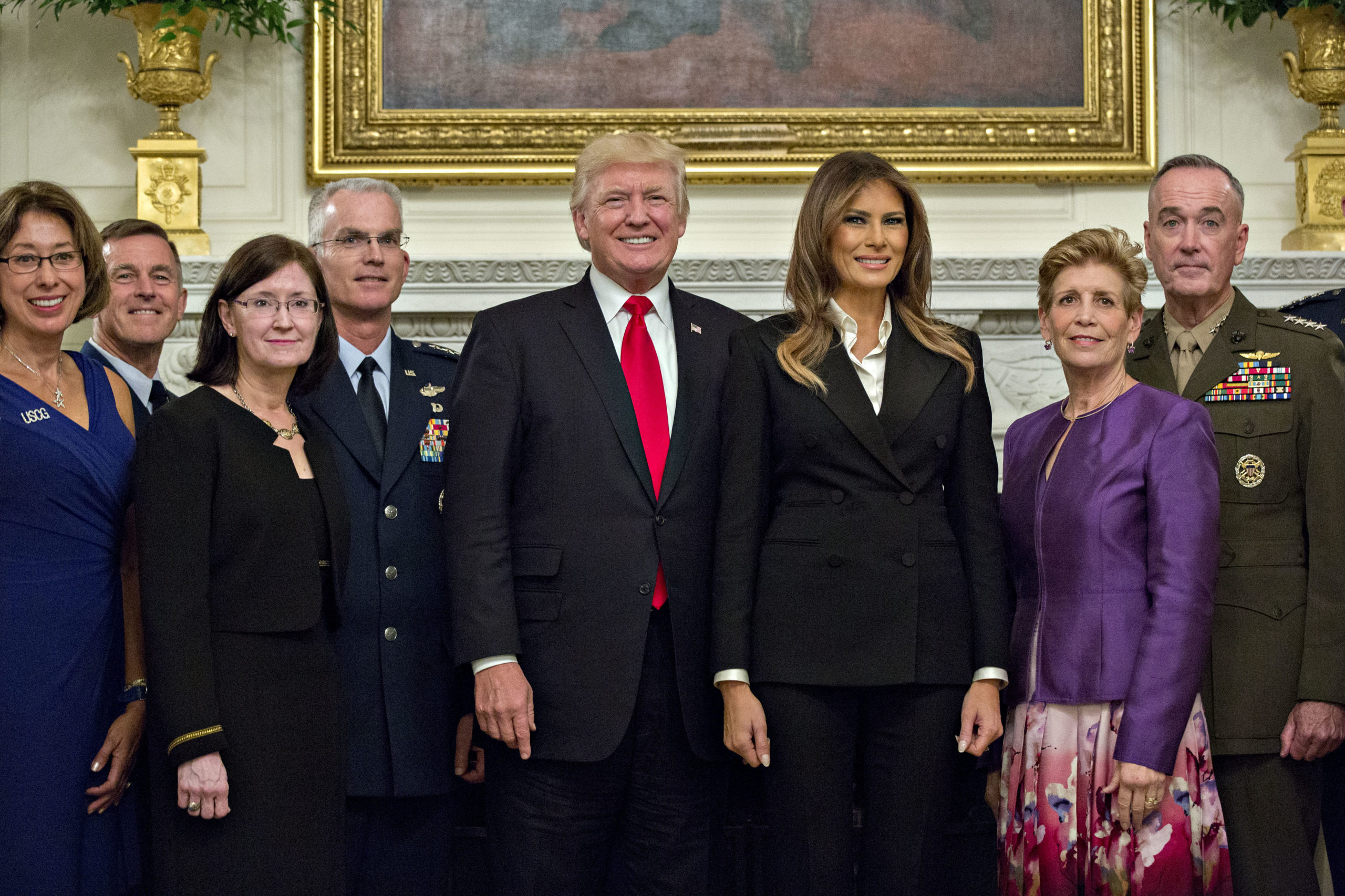 WASHINGTON, DC – OCTOBER 5: U.S. President Donald Trump and first lady Melania Trump pose for pictures with senior military leaders and spouses, including including Gen. Joseph Dunford (R), chairman of the joint chiefs of staff, and General Paul Selva (4th L), vice chairman of the joint chiefs of staff, after a briefing in the State Dining Room of the White House October 5, 2017 in Washington, D.C. The Trumps are hosting the group for a dinner in the Blue Room. (Photo by Andrew Harrer-Pool/Getty Images)

“We are Republicans, Democrats, and Independents. We love our country,” the group wrote in an “Open Letter To America,” published Thursday. “Unfortunately, we also fear for it. The COVID-19 pandemic has proven America needs principled, wise, and responsible leadership. America needs a President who understands, as President Harry S. Truman said, that ‘the buck stops here.'” (EXCLUSIVE: Trump Was Furious With Mnuchin Over TikTok Global Deal, Current And Former Admin Officials Say)

“The current President has demonstrated he is not equal to the enormous responsibilities of his office; he cannot rise to meet challenges large or small,” they closed, claiming that “Joe Biden has the character, principles, wisdom, and leadership necessary to address a world on fire.”

Selva is just the latest of numerous former Trump administration officials to endorse Biden ahead of the November election.