Three trays of mail which allegedly included absentee ballots were found in a Wisconsin ditch Tuesday, and police are now investigating how the mail ended up there.

The mail was found around 8 a.m. Tuesday morning near a highway intersection in Greenville and was quickly brought to the United States Postal Service (USPS), the Outagamie County Sheriff’s Office said in a statement to The Daily Caller.

It is unclear how many absentee ballots were found and whether or not they were filled in. 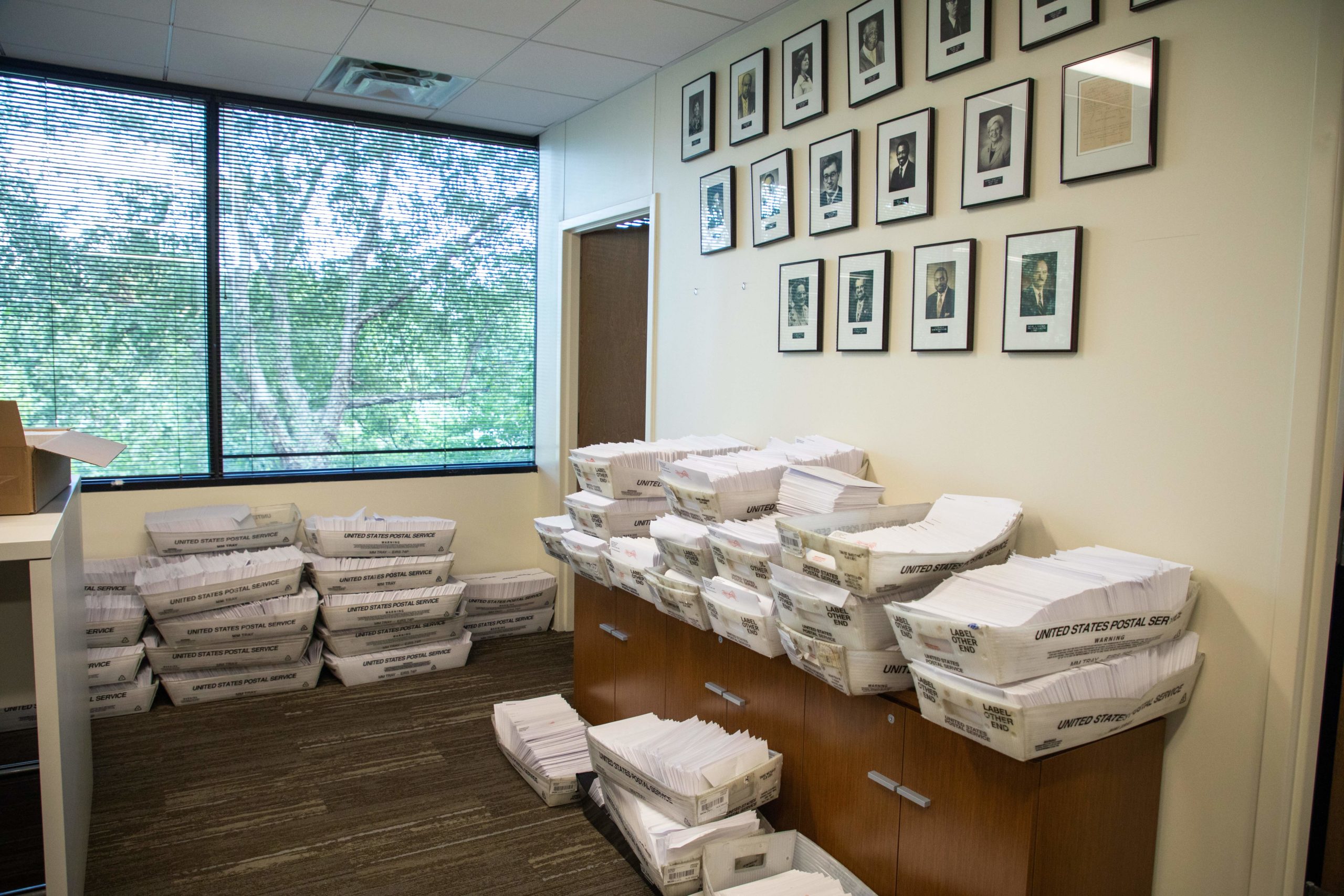 Large boxes of envelopes are seen as absentee ballot election workers stuff ballot applications at the Mecklenburg County Board of Elections office in Charlotte, North Carolina on September 4, 2020. (Photo by Logan Cyrus / AFP)

Wisconsin is a battleground state for President Donald Trump, who narrowly won the state by approximately 23,000 votes in 2016. However, recent polls show Biden is leading Trump by 5 points, according to The Hill.

The state has seen a rise in mail-in ballot requests due to the coronavirus pandemic. (RELATED: Here Are All The States With Mail-In Voting Issues… So Far)

“We expect more than 3 million Wisconsin residents to vote in the November election, which means even more first-time absentee by mail voters,” Meagan Wolfe, the election commission’s administrator said, according to Fox 6.

A Wisconsin federal judge ruled Monday that absentee ballots postmarked on, or before, Election Day can be counted up to six days after the election.