The Trump administration rescinded a prize from a journalist because of her criticism of President Donald Trump, according to a State Department inspector general report released Friday.

The inspector general report is the culmination of an investigation that had been requested by eight Democratic senators in March 2019. The State Department notified Finnish investigative journalist Jessikka Aro that Secretary of State Mike Pompeo would award her the annual International Women of Courage (IWOC) prize in January 2019, but rescinded the award one month later, according to Foreign Policy.

“After this notification, but prior to the award ceremony, [The Secretary’s Office of Global Women’s Issues] discovered social media posts by Ms. Aro that were critical of the President. At that point, [The Secretary’s Office of Global Women’s Issues], in concurrence with Ambassador Pence, decided to rescind the award to Ms. Aro,” the inspector general report said. (RELATED: State Department Inspector General Is Fired, Was Investigated For Mishandling Sensitive Information)

On March 7, 2019, the day of the award ceremony that Aro was uninvited from, Foreign Policy magazine published an article citing anonymous state department officials, which said the department’s decision was political. One official told Foreign Policy that they thought it “was absolutely the wrong decision” while another said the decision came from a lower-level State Department official wary of giving an award to a Trump critic. 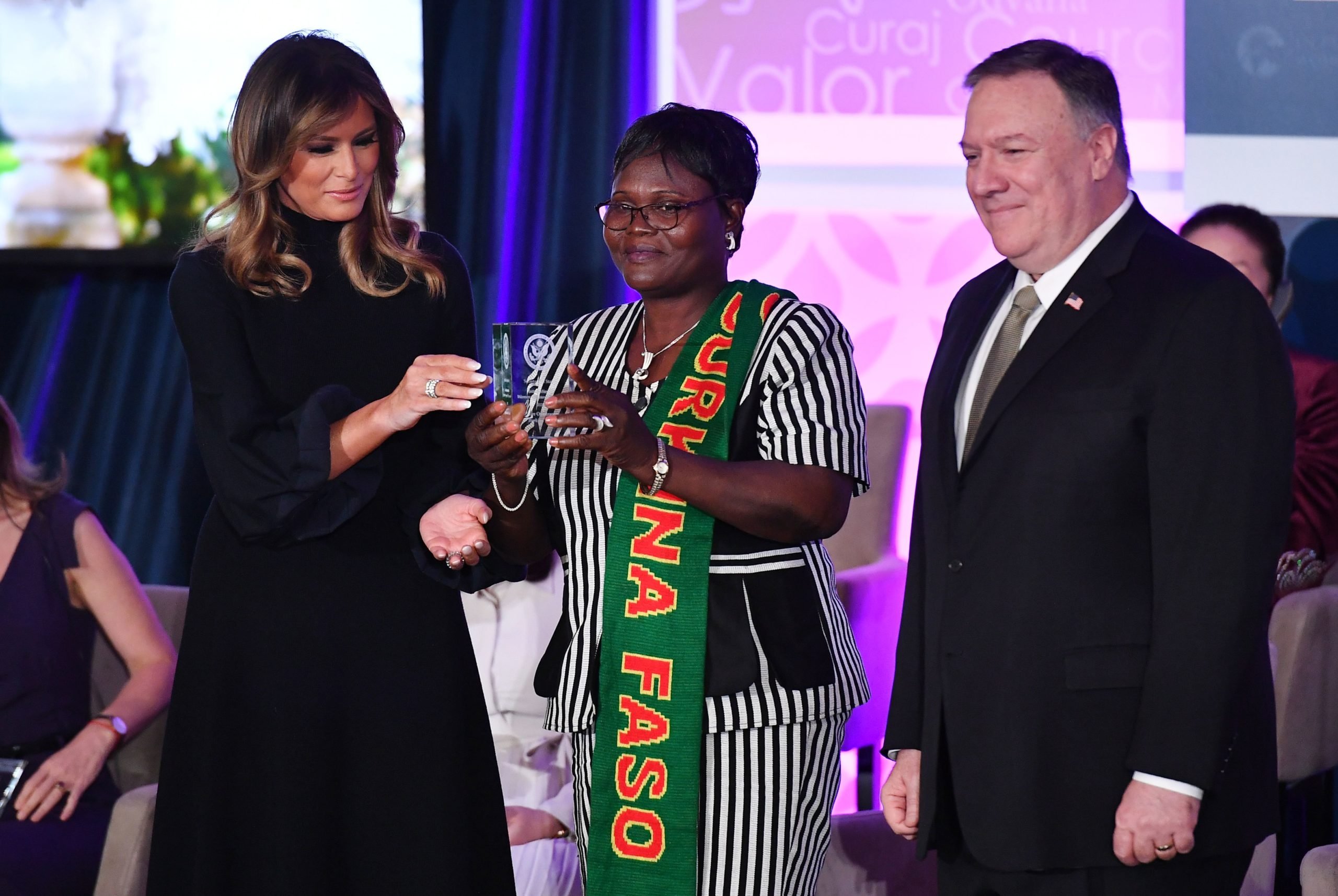 A State Department spokesperson said the agency “incorrectly notified” Aro and that they regretted the error, according to Foreign Policy. Later that month, Sen. Bob Menendez of New Jersey and seven other Senate Democrats asked the inspector general to investigate the allegations in the Foreign Policy article.

“The Inspector General’s report is another somber example of how fear and partisanship have permeated our nation’s foreign policy and diplomacy under the Trump administration,” Menendez said in a statement Friday.

He continued: “Jessikka Aro is a brave Finnish journalist who was among the first to expose a Russian troll farm that targeted our last presidential election—an operation later indicted by the Department of Justice.”

Aro has reported on Russian troll farms in the past and has received death threats and cyber attacks, according to The Washington Post.

“In July Trump and Putin will meet in Helsinki, Finland, and Finnish people can protest them both,” Aro said in a June 2018 tweet flagged by officials. “Sweet.”

The U.S. ambassador to Finland, Robert Pence, worried that Aro might say something critical of Trump at the award ceremony in which First Lady Melania Trump was set to attend, according to the report. After the decision was made to rescind Aro’s award, staff members finalized talking points explaining the rescission.

Former Secretary of State Condoleeza Rice established the IWOC Awards in 2007 to celebrate the global achievements of women, according to the report.