Republican Indiana Rep. Jim Banks called on the Department of Justice Friday to investigate “increases in Catholic hate crimes and vandalism” in the United States, a letter obtained exclusively by the Daily Caller News Foundation shows.

“Bigoted criminals are threatening Catholics and undermining America’s core ideal of religious liberty,” Banks told the DCNF Friday morning. “The DOJ’s Civil Rights Division exists to combat spikes in targeted violence. It needs to fulfill its duty, determine who is behind this pattern of attacks and bring them to justice.”

The letter lists a number of these crimes, which gained national attention over the summer. Statues of the Virgin Mary have been burned across the country, statues of Jesus have been beheaded, a man crashed his car into a church full of worshippers and set fire to the foyer, a Catholic mission in California was set ablaze, and more.

“I am not the only one who’s noticed this trend,” Banks told Barr, noting that the Catholic News Agency and other media outlets have “detailed this troubling increase in anti-Catholic violence.” (RELATED: EXCLUSIVE: White House Promises To Prosecute ‘Criminals’ For Anti-Catholic Crimes)

“By some estimates, there have been 70 such incidents in North America this year with the vast majority occurring in just the past four months,” the congressman wrote. “And since May of 2020, there have been 57 reported instances of anti-Catholic hate crimes in the United States alone. In comparison, the FBI reported just 53 instances of anti-Catholic hate crimes in all of 2018.” 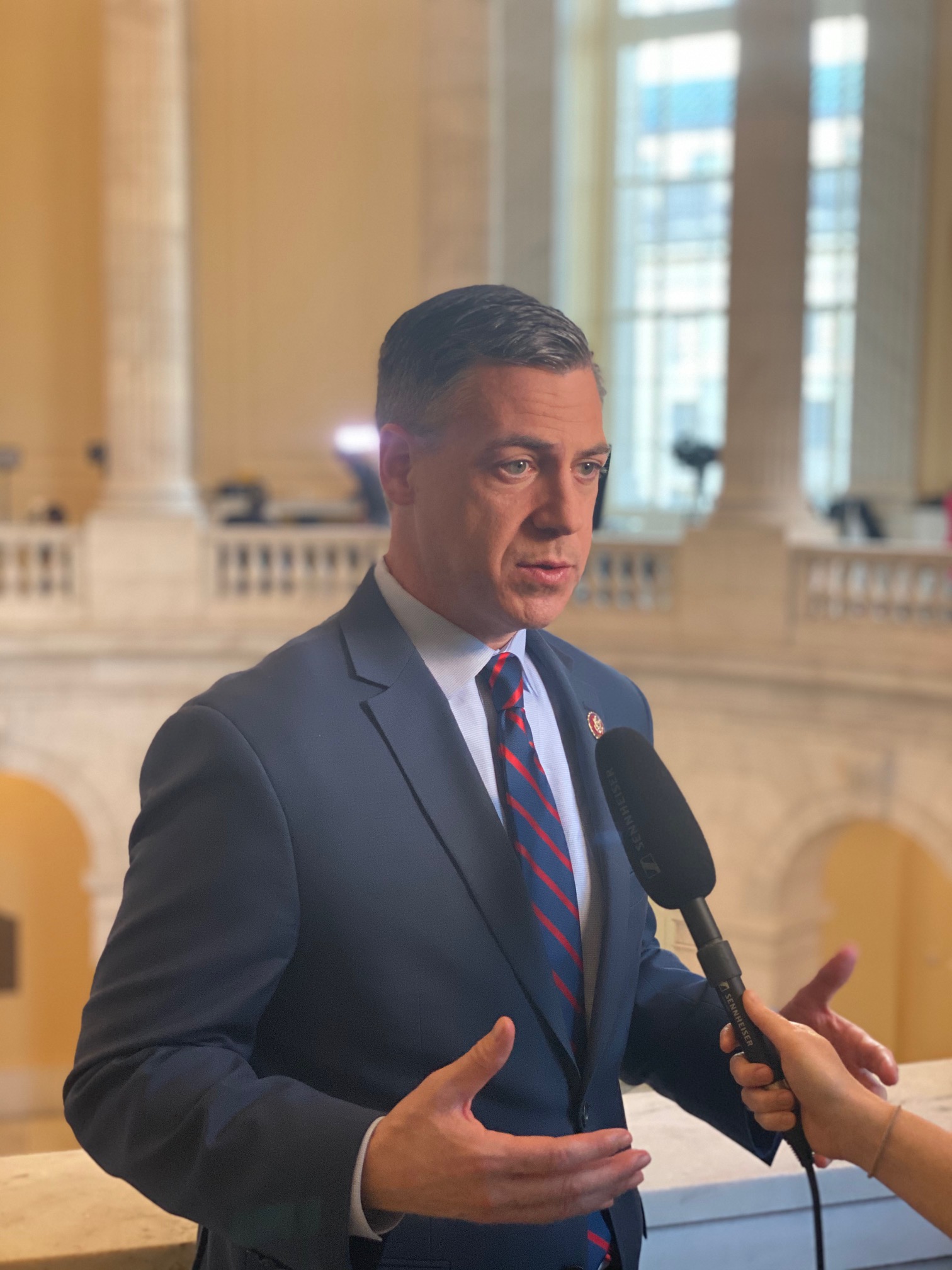 “As in any other instance of a rapid spike in hate crimes targeted at a specific group, the Justice Department’s Civil Rights Division has an obligation to investigate the perpetrators of this violence and any organizational or ideological connections between them,” he said.

“Crimes like these aren’t just targeted at individuals and their property; they are targeted at American society as a whole. They are motivated by a destructive impulse to harm property and persons, but also the equally warped desire to undermine America’s constitutionally guaranteed rights and social trust within our communities,” Banks continued.

“The physical safety of Catholics and the integrity of the American system are both threatened by these attacks,” he concluded. “The Department of Justice has an obligation to uphold both. I know you take these attacks as seriously as I do and I eagerly await your response.

A senior White House official previously told the DCNF in July that the “criminals” who have vandalized and targeted Catholic Churches and religious statues will be prosecuted “to the fullest extent of the law.”

“President Trump joins the Catholic community in solidarity during this difficult time,” the official told the DCNF. “Rest assured, President Trump will always demand law and order in American communities, and ensure the criminals causing these sacrilegious acts will be prosecuted to the fullest extent of the law.”

The president signed an executive order June 26 to punish anyone who desecrates public monuments, the senior official reminded the DCNF. (RELATED: US Catholics Targeted In Several Separate Incidents Ranging From Vandalism To Attempted Murder)

“Under this Order, the Federal Government is directed to prosecute any person or entity that damages or defaces religious property and withhold certain Federal support from State and local governments that fail to protect public monuments, memorials, and statues from destruction or vandalism,” the order said.

The order continued, “President Trump will never allow violence to control our streets, rewrite our history, or harm the American way of life.”

Rep. Jim Banks Letter To DO… by Mary Margaret Olohan