President Donald Trump reportedly pushed for his daughter, Ivanka Trump, to serve as his running mate back in 2016, a new book from former Trump campaign aide Rick Gates claims.

Bloomberg received an advance copy of Gates’ book, “Wicked Game: An Insider’s Story on How Trump Won, Mueller Failed and America Lost,” and first reported the claim Monday morning. (RELATED: Trump Paid $750 In Federal Income Taxes In 2016 And 2017 And None In 10 Of The Last 15 Years, The New York Times Reports) 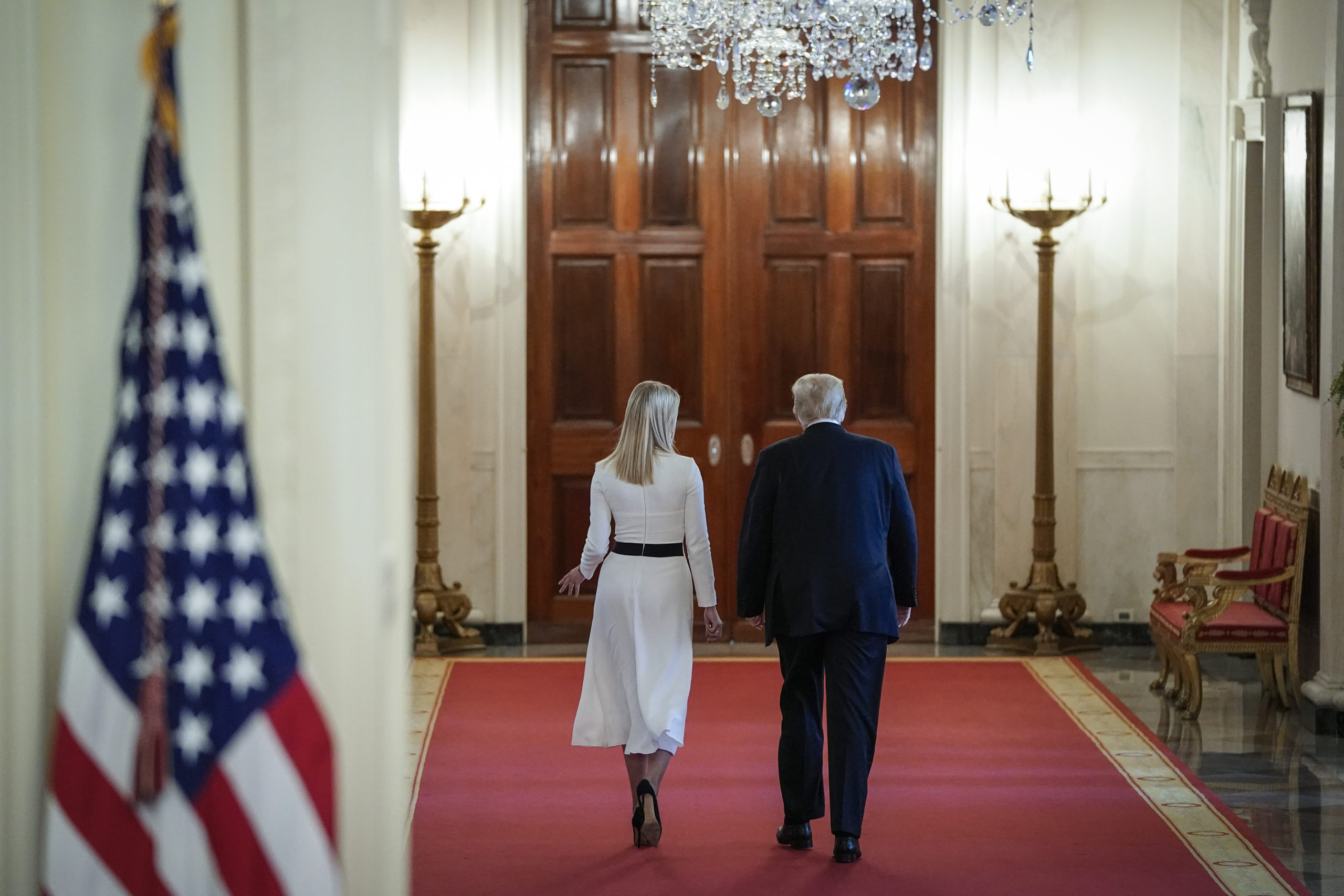 WASHINGTON, DC – JUNE 26: U.S. President Donald Trump (R) walks with White House advisor and daughter Ivanka Trump (L) as they leave a meeting of the American Workforce Policy Advisory Board in the East Room of the White House on June 26, 2020 in Washington, DC. (Photo by Drew Angerer/Getty Images)

“During a VP discussion that included Jared and the other kids all assembled in one room, Trump said, ‘I think it should be Ivanka. What about Ivanka as my VP?’ There was silence,” the book reportedly reads. “All heads turned toward her, and she just looked surprised. We all knew Trump well enough to keep our mouths shut and not laugh… He went on: ‘She’s bright, she’s smart, she’s beautiful, and the people would love her!'”

Gates later told The Washington Post that he was not sure if Trump would move forward with selecting his daughter as a vice presidential pick, and that it was Ivanka herself who convinced then-candidate Trump to select a separate running mate. Trump eventually selected Mike Pence to receive the Republican vice presidential nomination following a closed door lunch during which Pence criticized Bill and Hillary Clinton and Republicans opposing Trump’s own campaign. (RELATED: Here Are The Highlights From Ivanka Trump’s 2020 RNC Speech)

The White House declined to comment on Gates’ claim. “Wicked Game” is set to be published on October 13.

Trump supporters — and even the president himself — have floated Ivanka as a potential future presidential candidate. He stated in late August that Ivanka would be a much stronger president than 2020 Democratic vice presidential nominee Kamala Harris.