The only former officer to be indicted by a grand jury in the Breonna Taylor case pleaded not guilty to his charges Monday, numerous sources reported.

Former Louisville Metro Police Department officer Brett Hankison was indicted on three counts of wanton endangerment in the first degree Sept. 23 after shooting into the apartment of Taylor’s neighbors in March, according to ABC. 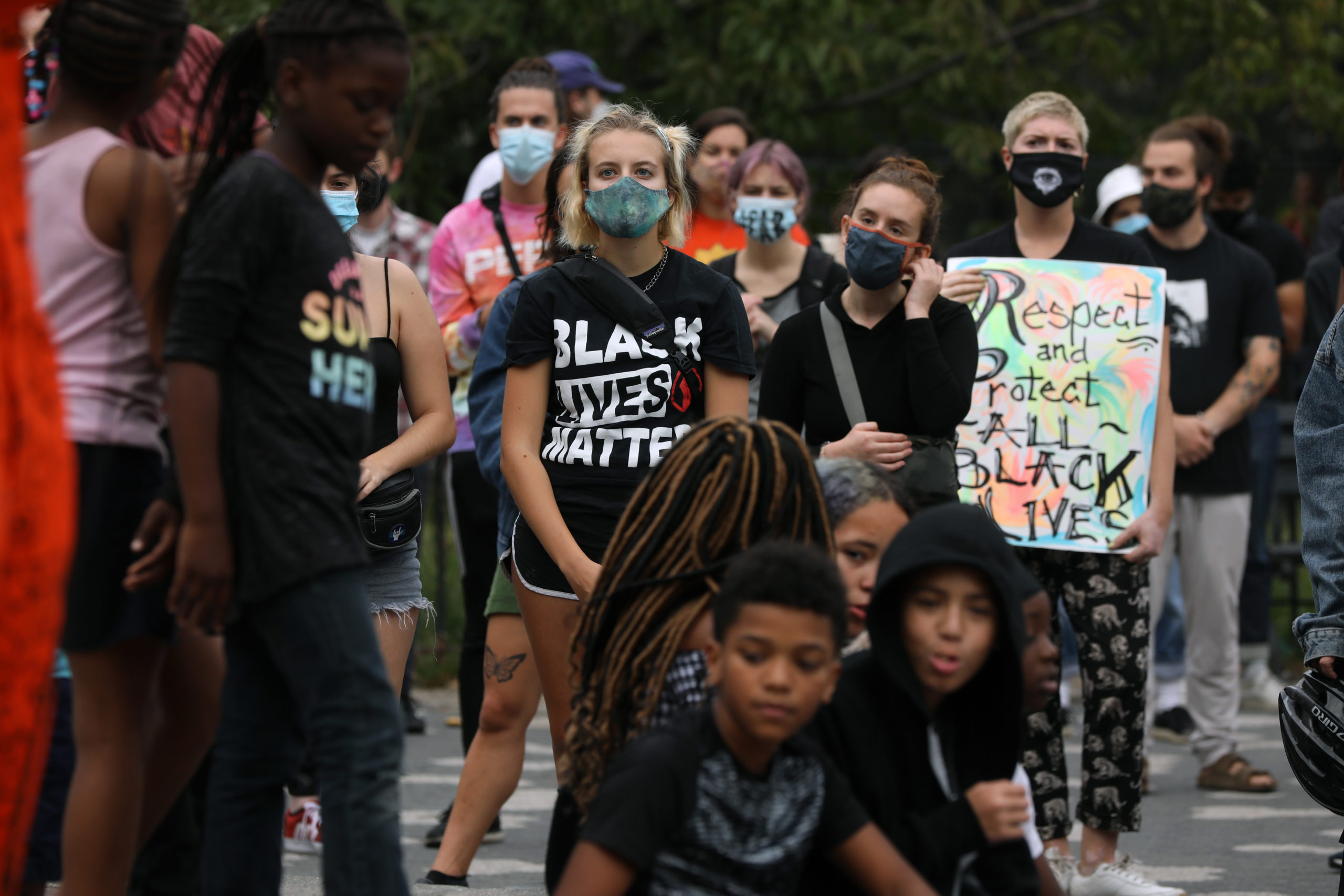 NEW YORK CITY – SEPTEMBER 24: People listen to a speaker at a Black Lives Matters (BLM) protest in a park in Brooklyn on September 24, 2020 in New York City. (Photo by Spencer Platt/Getty Images)

Hankison was fired after displaying “an extreme indifference to the value of human life,” according to a letter posted on the Louisville Police Department’s Twitter account. The two other officers involved in the case, Myles Cosgrove and Sgt. Jonathan Mattingly, were placed on administrative leave after the shooting. They were not indicted.

Hankison spoke only to indicate he was initially present during the phone hearing Monday. His attorney Stewart Matthews entered the not guilty plea for his client, and asked the judge to reconsider the stipulation that Hankison had to give up all his firearms, contending that Hankison needed them for “self-defense purposes.” Judge Anne Bailey Smith declined the request. Bond was set at $15,000 and Hankison was also mandated to attend every court hearing, according to ABC.

“People in this court who are charged with offenses with firearms, I do not allow them to possess firearms as part of their bond,” she said.

The next trial date was set for Oct. 28.

The decision in the case comes more than 6 months after Taylor was fatally shot in her apartment by Louisville Police while they were executing a no-knock warrant in March. The officers alleged they were fired upon by Taylor’s boyfriend, Kenneth Walker.

Taylor’s death drew national outcry, especially when protests and riots erupted across the country following the death of George Floyd in May.