Speaker of the House Nancy Pelosi sent a letter to her Democratic colleagues on Sunday warning them that the 2020 Presidential election could be “stolen” from them, adding that it is possible Congress determines the outcome of the election.

In a Sunday letter to House Democrats, Pelosi mentioned they must win enough seats in the House in order to ensure the presidential election can be handled by them if there are any issues. Fox News reported that the 12th Amendment says congressional delegations decide the next president if neither receives the 270 Electoral College vote majority in order to win the election.

In the letter, Pelosi mentions the delegations, saying if Democrats do not win big in November, the election could be compromised, according to Fox News.

“We must achieve that majority of delegations or keep the Republicans from doing so,” Pelosi said in the letter. “Because we cannot leave anything to chance, House Majority PAC is doing everything it can to win more delegations for Democrats. It’s sad we have to have to plan this way, but it’s what we must do to ensure the election is not stolen.” 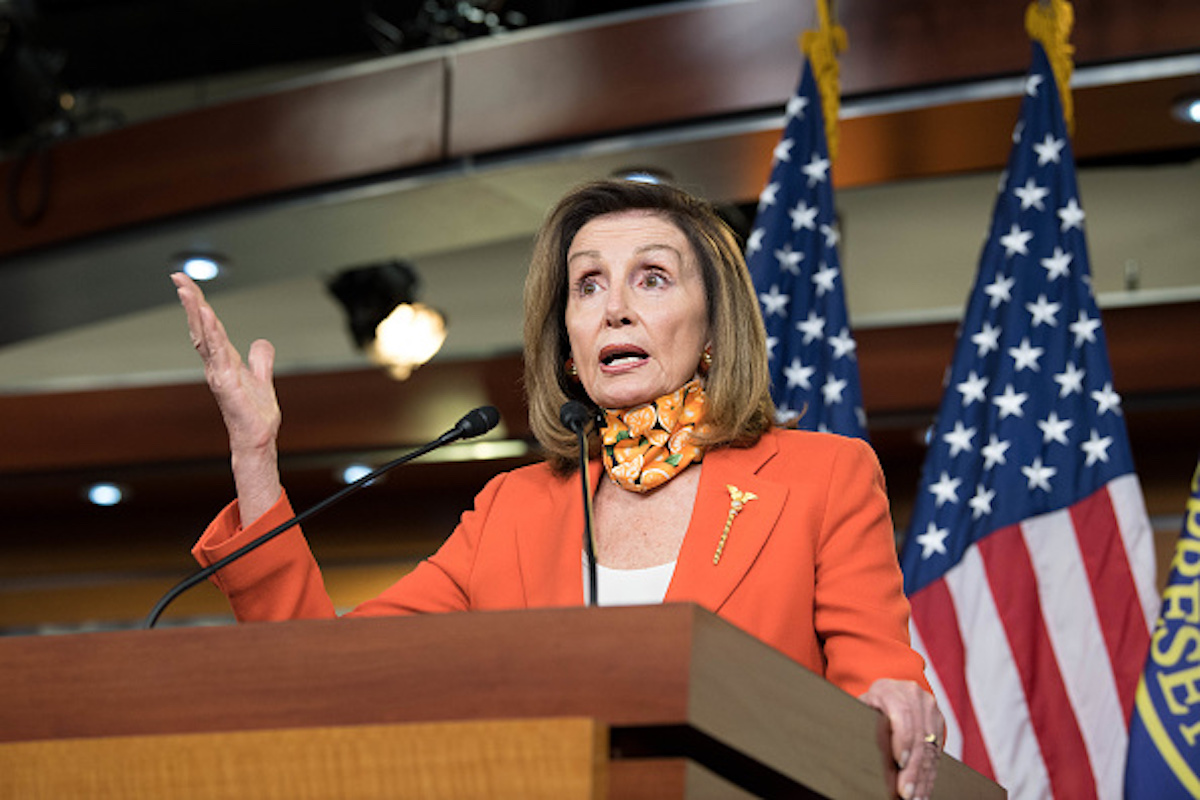 Speaker of the House Nancy Pelosi (D-CA) holds a weekly press conference at the Capitol on September 24, 2020 in Washington, DC. (Photo by Liz Lynch/Getty Images)

“That’s why it’s so important that we support House Majority PAC right now. We have outstanding candidates in these key districts and they have built strong campaigns, but we must forcefully ensure they win. Simply put, this strategy to protect our democracy and elect Joe Biden will take an all out effort and resources,” Pelosi wrote in the letter. (RELATED: House Democrats Preparing Bill To Impose Term Limits On Supreme Court)

Meanwhile, House Minority Leader Kevin McCarthy said Wednesday that he would introduce a motion to remove Pelosi from her leadership position if she tries to impeach President Donald Trump as a way to delay the confirmation of his Supreme Court nominee. (RELATED: McCarthy Threatens Motion To Remove Pelosi As Speaker If She Tries To Impeach Trump To Delay Supreme Court Confirmation)

Members of the House freedom caucus began the calls for McCarthy to introduce a resolution to remove Pelosi as Speaker, citing her refusal to consider bipartisan legislation and refusal to work with Republicans.