Around 1,400 Virginia voters received two absentee ballots in the mail, according to multiple reports.

A problem with the printer resulted in employees accidentally sending out two ballots, Fairfax County election officials said according to the Washington Post.

Officials instructed people who received two ballots to destroy the second and noted that only one would be counted, Fox 5 DC reported.

A higher demand for absentee ballots amid COVID-19 concerns was also partially to blame, officials suggested according to the Post. (RELATED: Pelosi Touts $3.6 Billion Mail-in Voting Proposal, Calls It ‘Voting At Home’) 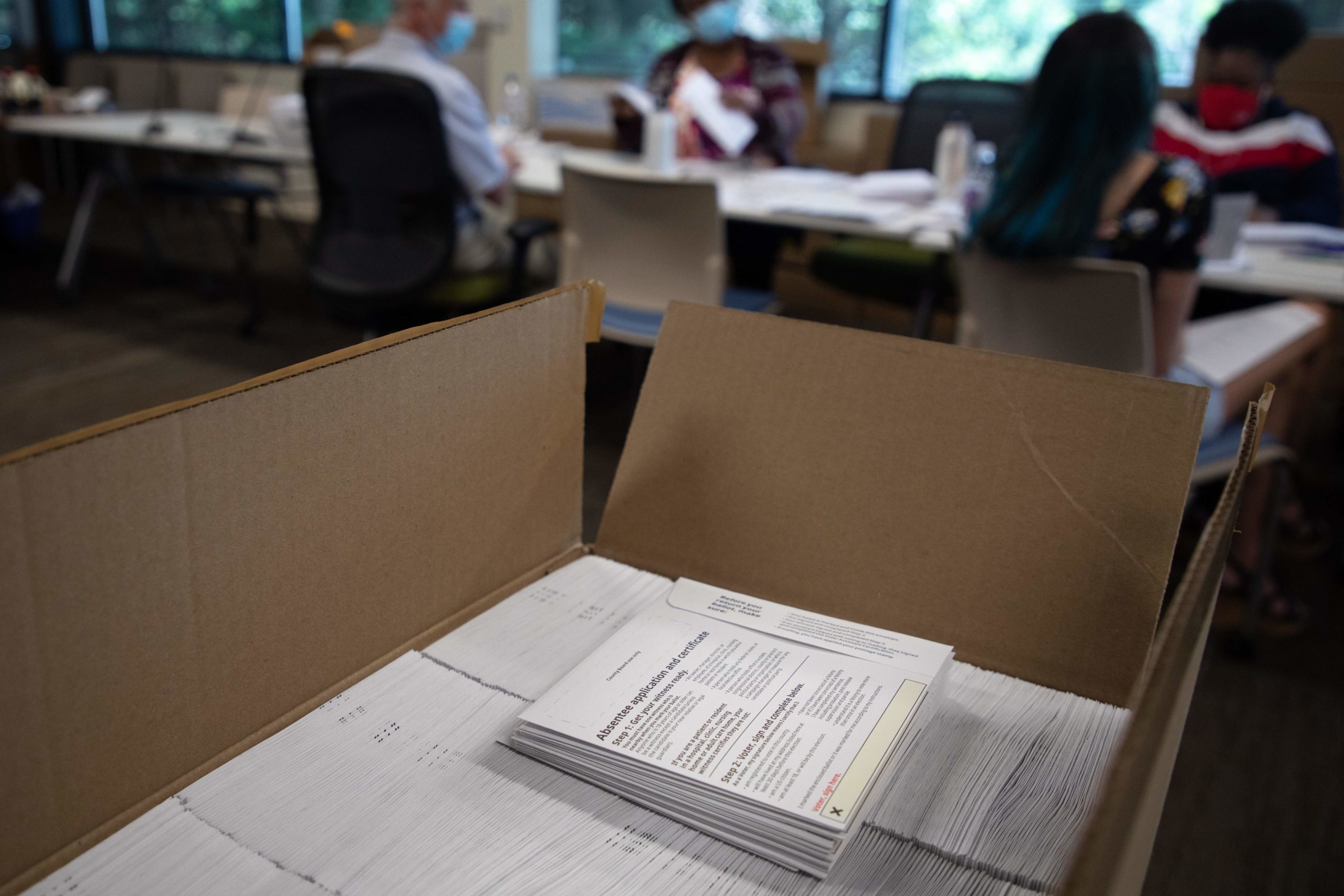 Paperwork sits in a box as absentee ballot election workers stuff ballot applications at the Mecklenburg County Board of Elections office in Charlotte, North Carolina on Sept. 4, 2020. (LOGAN CYRUS/AFP via Getty Images)

Despite the extra ballots being mailed, experts have confidence that widespread voter fraud is not an issue, Fox 5 DC reported. Still, the incident seems to have some worried about the process.

“This is what [Trump’s] concerned about and I am too and I wanted to bring it to your attention,” Jean Brennan, one of President Donald Trump’s supporters, told Fox 5 DC.

Trump has repeatedly raised concerns about mail-in voting, suggesting in June that it would lead to the “most corrupt election” in American history. He also spoke about the Republican Party’s lawsuits aimed at stopping the expansion of mail-in voting in June, saying that losing these lawsuits “puts the election at risk.”