Fox News’ Chris Wallace wrenched the candidates through topics from coronavirus and their political records to the Supreme Court and the integrity of the upcoming election, but the discussion often descended into incoherence once the topic had been set. Wallace, who said he personally decided upon the topics, is the only 2016 debate moderator who was invited to the process again in 2020.

He attempted to bring the same assertive moderation style he had in 2016, but Biden and particularly Trump weren’t having it, repeatedly speaking over one another and ignoring Wallace’s attempts to bring the debate under control.

“I’m just going to say it like it is. That was a shit show.” #DanaBash #CNN #Debate #Debatenight #PresidentialDebate2020 pic.twitter.com/tnKXpqLCCX

Trump’s campaign kicked off the debate day with early morning accusations that Biden was reneging on a previous agreement to undergo an inspection to ensure he wouldn’t be wearing an earpiece during the debate. Trump had also called for Biden to take a drug test, a request which his opponent derided.

Biden joked about the Trump campaign’s allegations on Twitter less than two hours before the debate.

It’s debate night, so I’ve got my earpiece and performance enhancers ready. pic.twitter.com/EhOiWdjh1b 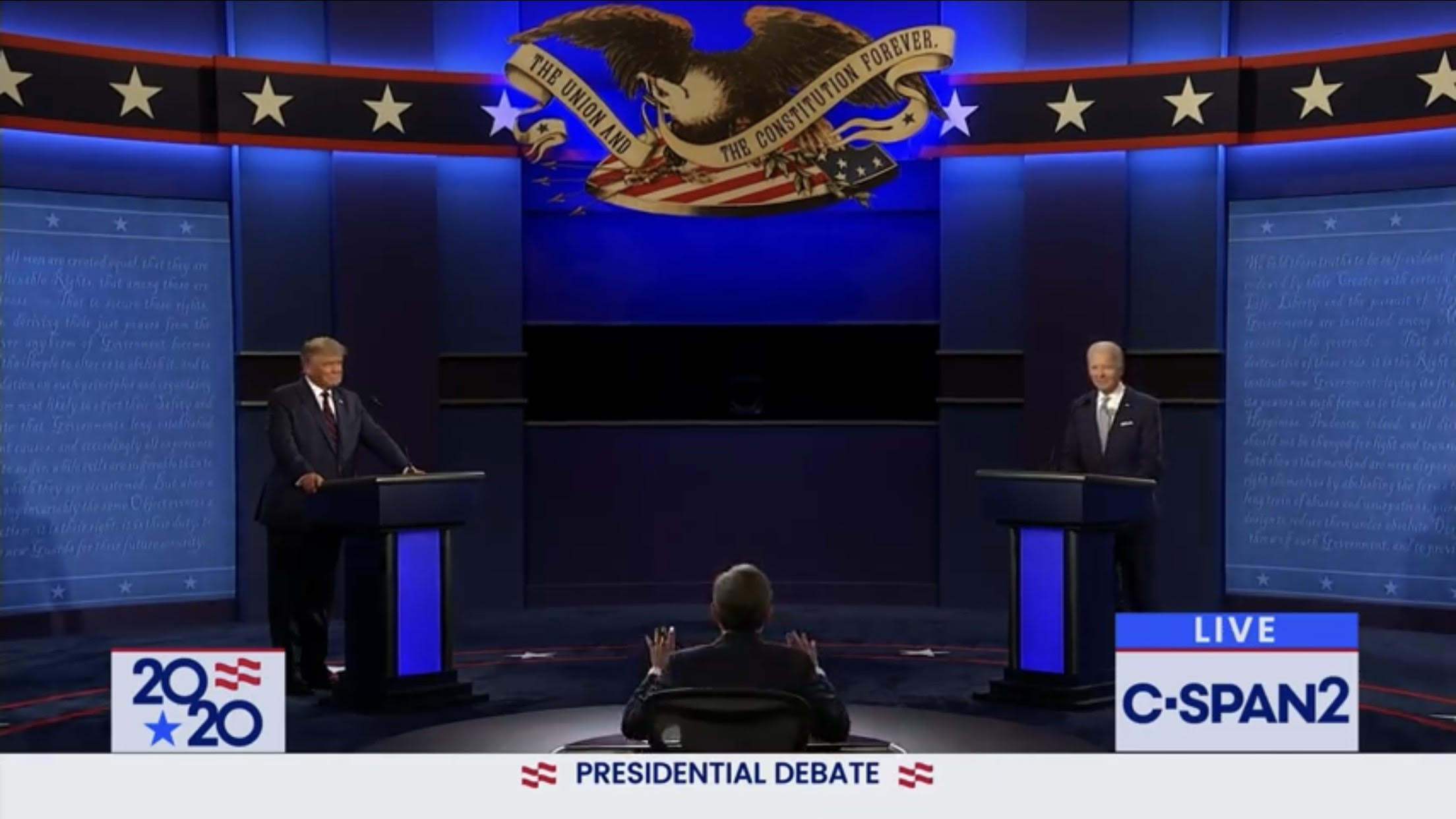 Wallace started off the debate by asking Trump to make his case for why Republicans are justified in nominating Judge Amy Coney Barrett to replace the late justice Ruth Bader Ginsburg on the Supreme Court.

“We won the election and therefore we have the right choose her,” Trump said, going on to argue that Democrats would do the same thing if the situations were reversed. (RELATED: Biden Says Amy Coney Barrett Is A ‘Very Fine Person’)

Trump said Democrats had only been stopped from replacing Justice Antonin Scalia in 2016 with Judge Merrick Garland because Republicans held the Senate. Biden saw it differently, however.

“The American people have a right to have a say in who the new Supreme Court justice is going to be,” Biden said. “What’s at stake here, the president has made it clear he wants to get rid of the Affordable Care Act.”

Biden quickly shifted the debate to the Supreme Court’s impact on healthcare, igniting a firestorm of interruptions over whether Trump has a cohesive plan to replace Obamacare, which the Trump administration is currently seeking to end.

Trump spoke over both Biden and Wallace for minutes, only ending when Wallace brought the conversation to whether Biden and his party planned to pack the Supreme Court and abolish the filibuster should they take the Senate. Biden refused to answer both questions.

Trump attempted to press the issue, asking Biden again directly, “Are you going to pack the Supreme court? … He doesn’t want to answer the question.”

“I’m not going to answer the question,” Biden responded. 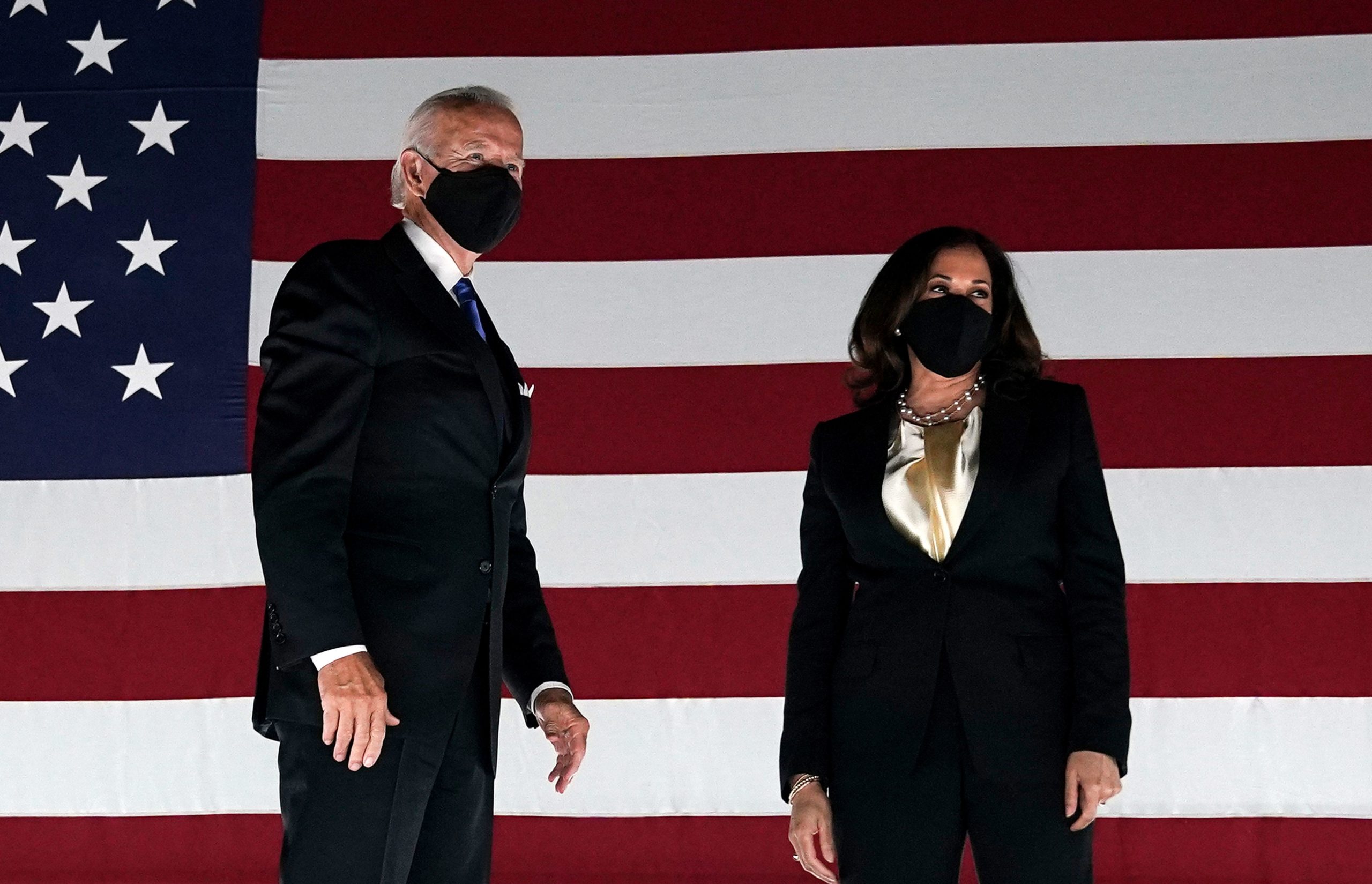 Wallace then shifted the debate toward coronavirus, allowing Biden to make his case against Trump’s response. Biden argued Trump has repeatedly ignored and even contradicted his own administration’s medical experts throughout the pandemic.

The debate came just weeks after Trump contradicted CDC Director Robert Redfield on the timeline for a coronavirus vaccine. Redfield testified to Congress that a vaccine wouldn’t be widely available until summer of 2021. Trump told reporters that was simply “incorrect information” and that there would be 700 million vaccine doses available by March 2021.

“He’s basically encouraged people not to wear masks,” Biden added on Trump. “He’s a fool on this.”

Wallace then turned the conversation on Biden, citing comments from him suggesting that Americans shouldn’t trust any coronavirus vaccine developed under the Trump administration. Biden argued he would side with the experts, but Wallace pointed out his running mate Democratic California Sen. Kamala Harris’ assertion that Americans couldn’t trust the experts either, as they would be “muzzled” by Trump officials.

President Donald Trump speaks to workers at the headquarters of tool manufacturer Snap-On on April 18, 2017 in Kenosha, Wisconsin. During the visit, Trump signed an executive order to try to bring jobs back to American workers and revamp the H-1B visa guest worker program. (Photo by Scott Olson/Getty Images)

When the conversation came to the economy, Wallace asked Trump to justify his repeated assertion that the U.S. was undergoing a “V-shaped” economic recovery. One of the central pillars of Trump’s campaign message is that he led the U.S. to a record-breaking economy that was only destroyed because of the coronavirus pandemic.

Trump argued Biden would return to the widespread lockdown measures that defined the country in spring and early summer, an assertion Biden embraced.

“Our nation is coming back incredibly well, setting records as it does,” Trump said. “We don’t need someone to come in and close everything down.”

“Why does he want to reopen?” Biden asked in response, saying the nation can’t recover economically until the coronavirus is fully dealt with.

Wallace then began questioning Biden’s own economic plan, which he described as focusing on “big government.” Biden’s plan calls for more than $4 trillion in new taxes on Americans making more than $400,000 annually and on corporations.

“My economic plan would make 7 million more jobs over four years than his would,” Biden said.

Trump batted away the criticism.

“I’ve done more in 47 months than you did in 47 years,” he said, returning to a common slogan he’s used against Biden.

Wallace turned the conversation to Trump’s tax returns in the opening of the discussion on the candidates’ political records. He asked Trump directly whether it was true he had paid just $750 in taxes in 2016 and 2017.

“I paid millions of dollars in income taxes,” Trump replied. “I paid $38 million in taxes one year.”

Wallace pressed Trump for a straight answer for more than a minute as Biden frequently interjected to call on Trump to “release your tax returns.”

Trump repeatedly turned the conversation toward Biden’s long record in politics, saying he’d had 47 years to accomplish all the things he was calling for now. 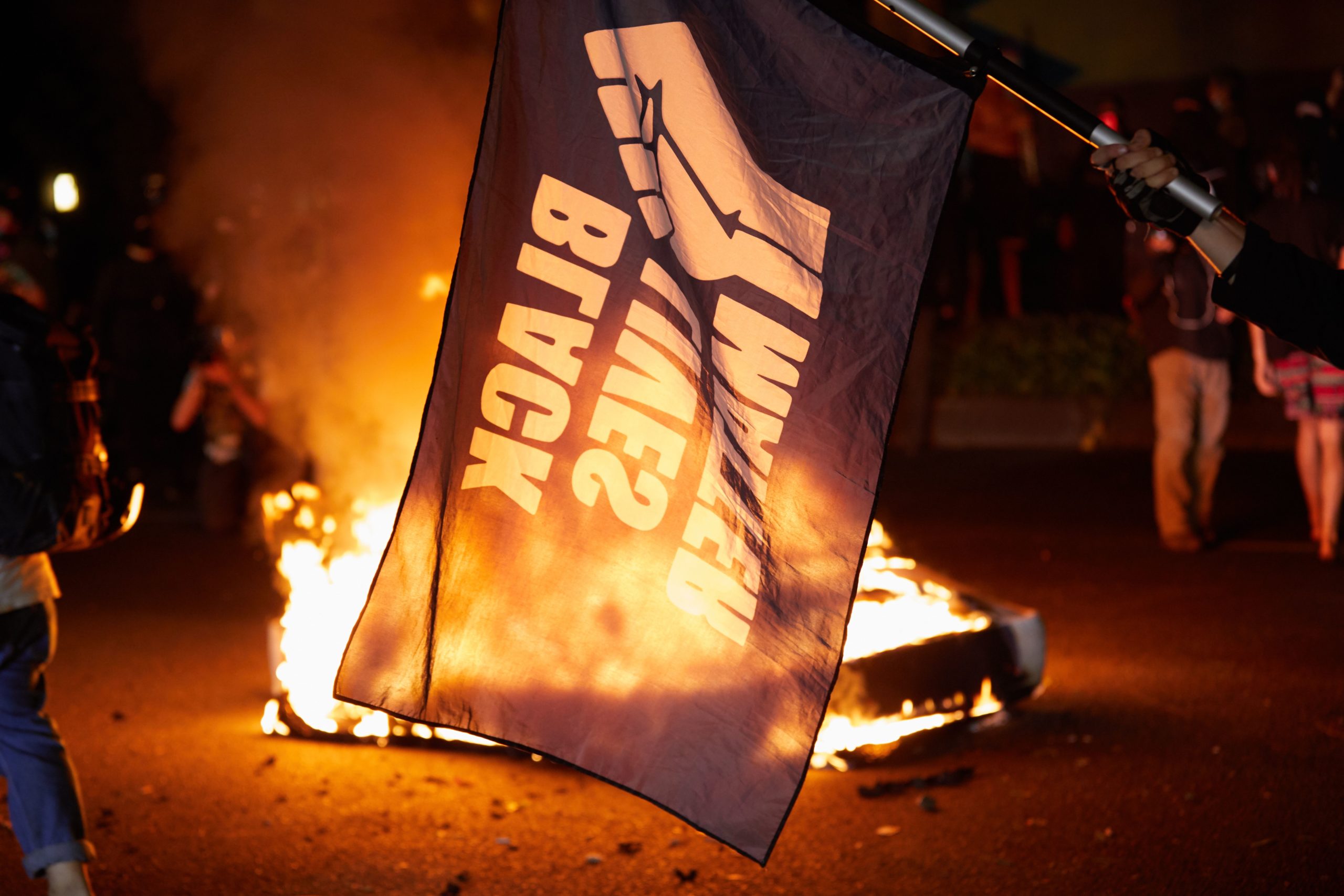 A Black Lives Matter flag waves in front of a fire at the North Precinct Police building in Portland, Oregon on September 6, 2020. (ALLISON DINNER/AFP via Getty Images)

Trump doubled down on his law and order response to racial unrest when Wallace asked him about protests against police across the U.S., saying Biden was siding against police.

“The people in this country want law and order and you’re not even willing to say it,” Trump said of Biden.

Wallace also asked Trump why he ordered his administration to end critical race theory training throughout his federal agencies. Trump argued the training “teaches people to hate our country.”

Wallace then turned the question to Biden, asking whether he believed there was a significant systemic racism problem in American law enforcement. Biden said that while the vast majority of officers are good, the system was biased against minorities and the culprits need to be held accountable.

Biden also endorsed racial sensitivity training. He called the president racist and argued that white Americans need to be made aware of the advantages they have over minorities in the U.S.

While Biden didn’t shy away from condemning violent protests, Trump pressed in on his assertion that Biden wouldn’t have stamped down on the violent protests and riots across the country.

Wallace asked Biden to explain his stated goal to “reimagine policing,” asking specifically whether he stood with the Black Lives Matter movement’s call to abolish or defund the police.

Biden said his plan would be to give police the resources they need to get to know their communities, saying he completely opposes defunding the police.

Trump attempted to press Biden on the issue, saying he wasn’t being honest with his plans for police.

“Name one [policing] group that supports you. Name one,” he said before Wallace interjected to bring the debate back on track.

Wallace also asked Trump directly whether he was willing to condemn white nationalist militia groups that have been spotted at several violent protests.

“You have repeatedly criticized the vice president for not specifically calling out Antifa and other left-wing extremist groups, but are you willing tonight to condemn white supremacists and militia groups, and to say that they need to stand down and not add to the violence in a number of these cities, as we saw in Kenosha and as we’ve seen in Portland?”

“Sure, I’m willing to do that,” Trump replied, also arguing that most of the violence he’s seen was from the left.

Trump asked for the names of specific organizations he should condemn, but the conversation got derailed and Trump never made an explicit condemnation.

Both Trump and Biden have expressed skepticism of the election in the weeks leading up to the debate, with Biden arguing Trump is laying the groundwork to refuse the results. Trump argues universal mail-in voting could lead to widespread fraud.

Wallace used the issue to conclude the debate, asking Trump to justify his assertion that universal mail-in ballots shouldn’t be trusted. Trump has repeatedly suggested that he would only accept the results of a “free and fair election.” He has also predicted that the election will have to be decided by the Supreme Court.

“This is going to be a fraud like you’ve never seen,” Trump said. “You know, we might not know for months.”

Biden argued he wouldn’t trust any court to decide the election.

Wallace finished the issue calling on both candidates to urge their supporters to stay calm and not engage in civil unrest. He also asked whether both candidates would pledge not to declare victory until the election result has been independently certified.

“I would urge my supporters to go into their polls and watch very carefully,” Trump said. “I hope it is a fair election … but if I see tens of thousands of ballots being manipulated, I can’t go along with that.”

Wallace then tried to get the president to explain what he would call on his supporters to do should he believe the election was fraudulent, but Trump refused to say anything concrete.

Biden’s answer was more straightforward, pledging to call on his supporters to respect the results of the election as he would.

“President Trump, Vice President Biden, it’s been an interesting hour and a half,” Wallace finished.