The move is a response to a series of stories published Sunday by The New York Times, detailing how President Donald Trump has reported losses across his various businesses to offset paying any federal income taxes for the better part of two decades. He paid just $750 in federal income taxes in both 2016 and 2017 while campaigning and during his first year in office. (RELATED: New Poll Gives Biden Commanding Leads Both Nationally And In Pennsylvania) 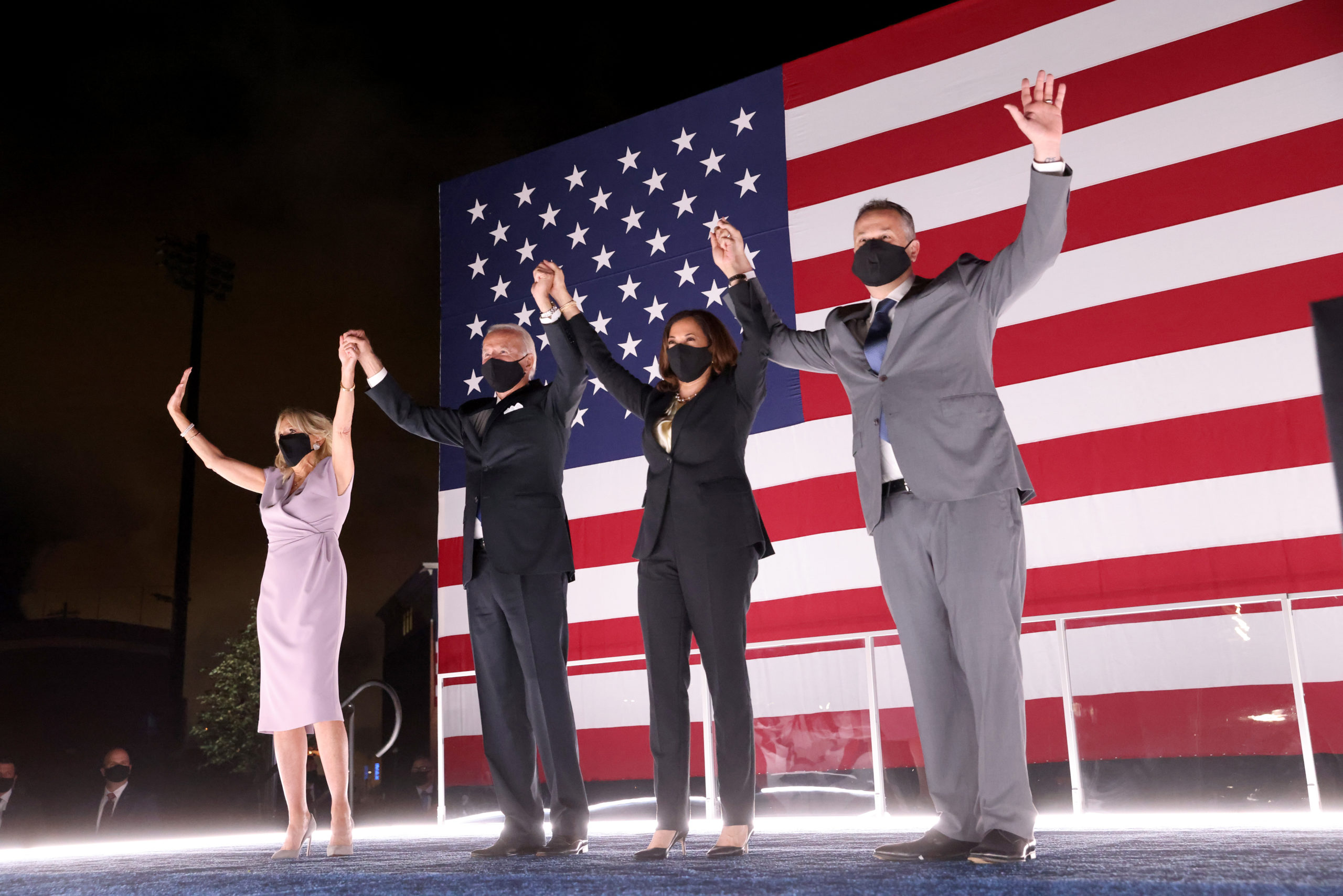 WILMINGTON, DELAWARE – AUGUST 20: Democratic presidential nominee Joe Biden, his wife Dr. Jill Biden, Democratic Vice Presidential nominee Kamala Harris and her husband Douglas Emhoff raise their arms on stage outside the Chase Center after Biden delivered his acceptance speech on the fourth night of the Democratic National Convention from the Chase Center on August 20, 2020 in Wilmington, Delaware. The convention, which was once expected to draw 50,000 people to Milwaukee, Wisconsin, is now taking place virtually due to the coronavirus pandemic. (Photo by Win McNamee/Getty Images)

“The Biden’s are releasing their 2019 tax returns, making 22 years of records available to the American public,” Biden deputy campaign manager Kate Bedingfield told reporters on a conference call Tuesday afternoon. “Sen. Harris and Mr. Emhoff are releasing theirs as well. For Sen. Harris, this is now 15 years of returns that are available to the American public.”

Biden will come face-to-face with Trump for the first time in months Tuesday night. The debate is hosted by Fox News and moderated by Chris Wallace.