Rioters reportedly punched on an officer in the face and sprayed five other cops with a “chemical irritant” during riots, which have been ongoing in the city for “120-plus days,” according to a post from the Portland Police Bureau (PPB). Rioters donned body armor, helmets and shields and engaged in an “unpermitted march,” the department wrote. 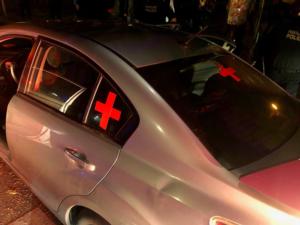 Law enforcement located a loaded 1911 handgun in a makeshift medical vehicle and arrested the driver while being pelted with rocks, according to the post. Officers arrested some with “press” markings and media passes that were also carrying an assortment of bladed weapons and pepper spray, the police department wrote. 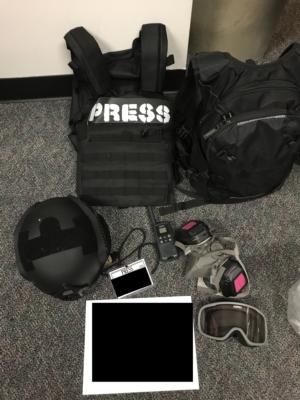 One rioter’s possessions appear to include a knife, two cans of pepper spray, a pocket blade and an industrial ventilator, according to a photo in the post. One rioter who ran from officers reportedly threw a full-size wooden bat at pursuing law enforcement, the department wrote. 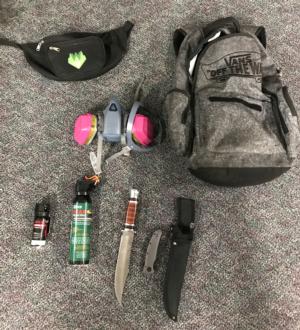 Portland officers arrested 22 people, including an 18-year-old female, for allegedly interfering with a peace officer, disorderly conduct, escape, menacing and harassment, according to the post. Another female, 17, was also booked in a juvenile detention facility and two others were criminally cited, according to the police. (RELATED: Shooting Breaks Out, Multiple Arrests On Day 109 Of Portland Demonstrations)

Police were able to quell the violence around 1:30 a.m., according to the post.

Unrest has surged nationwide following a recent Louisville, Kentucky grand jury decision to charge one of three officers involved in the death of Breonna Taylor, who was killed during the execution of narcotics warrant in March, according to the Louisville Courier-Journal.