Athletic apparel giant Adidas is still touting its donations to the Minnesota Freedom Fund, which bailed out a lengthy list of alleged violent criminals, including multiple convicted domestic abusers and a man accused of sexually penetrating a child.

Adidas ran a Twitter advertisement Tuesday that linked to a page on its website showcasing Adidas’s efforts to create “meaningful and lasting change” on the issue of racial justice, which includes matching employee donations to the Minnesota Freedom Fund by 200%. 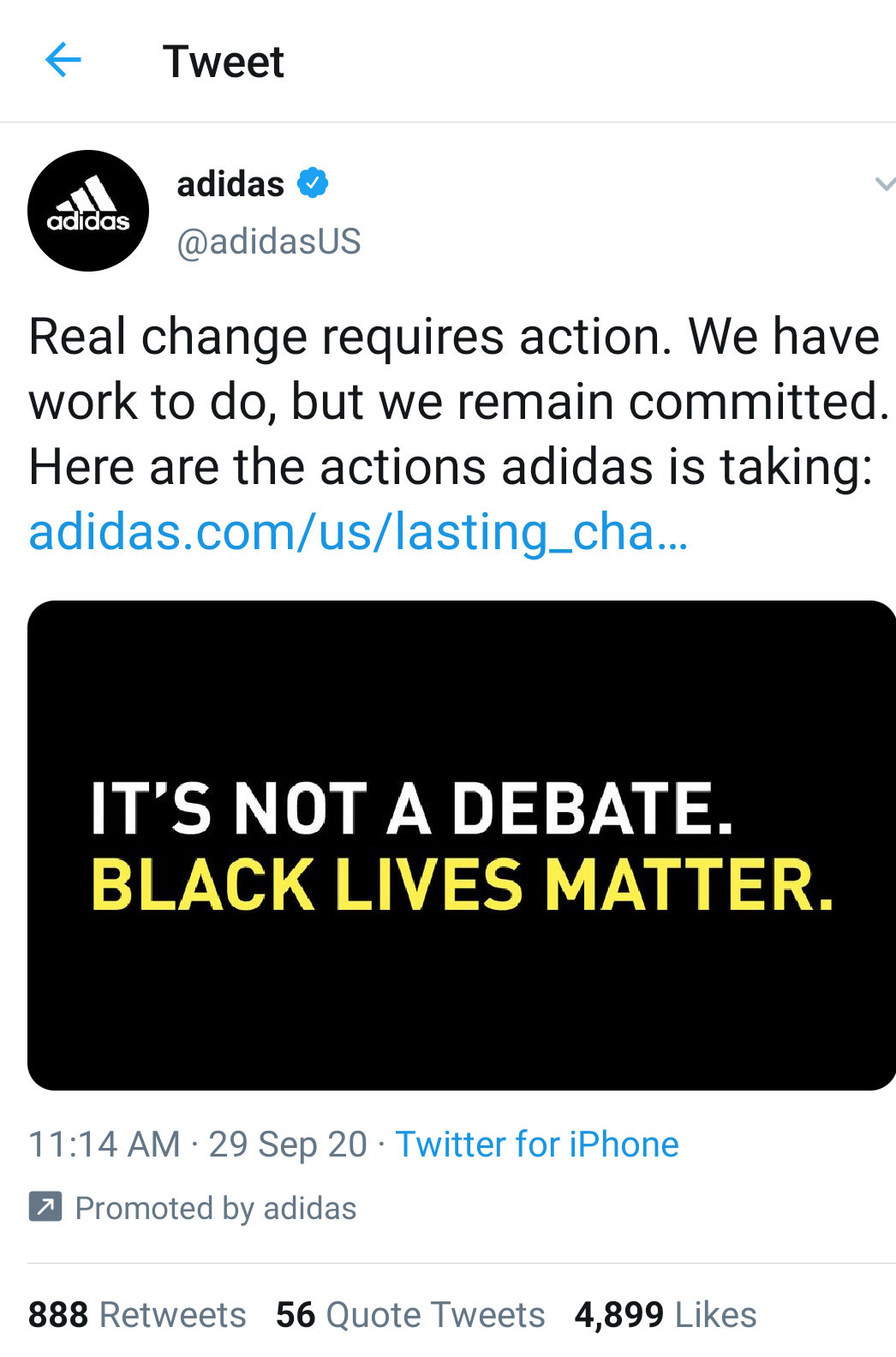 “We are matching employee donations by 200% through DEED, our online donation platform, to support nonprofit organizations driving racial justice and human rights for underrepresented communities,” reads the page.

Adidas last updated the page on Sept. 9, according to its website.

The athletic apparel company isn’t the only large name to support the Minnesota Freedom Fund, which also received donations from a long list of celebrities.

Democratic vice presidential nominee Kamala Harris also promoted the bail fund to her followers on Twitter following the May 25 death of George Floyd in police custody.