Family groups applauded the possibility that Supreme Court nominee Judge Amy Coney Barrett would be the only mother on the Supreme Court of the United States.

The Daily Caller News Foundation discussed Barrett’s upcoming confirmation with several family and women’s groups who emphasized that Barrett’s unique background better equips her to serve as a Supreme Court judge. Barrett, who President Donald Trump announced as his Supreme Court nominee Saturday evening, would be the only mother to serve on the Supreme Court since Justices Sonia Sotomayor and Elena Kagan do not have children.

Family Research Council’s Senior Legislative Assistant Mary Beth Waddell told the DCNF that confirming Barrett would “bring a unique perspective to the court and help diversify it.” (RELATED: These Are The Attacks Supreme Court Nominee Amy Coney Barrett Has Already Faced From Democrats)

“Women are not monolithic,” she said. “We have varying life experiences, perspectives, and views. Judge Barrett has rightly made abundantly clear that she will follow the law not any personal opinion she may have, but I think greater diversity of background on the court is a good thing.”

“This nomination shows women, and specifically mothers, that they don’t have to fit a certain mold to achieve career success, they don’t have to choose between family and career, it is possible to not only have both, but be highly successful and fulfilled in both,” she added. (RELATED: Female GOP Senators Say Amy Coney Barrett Will Inspire ‘Our Daughters And Granddaughters’) 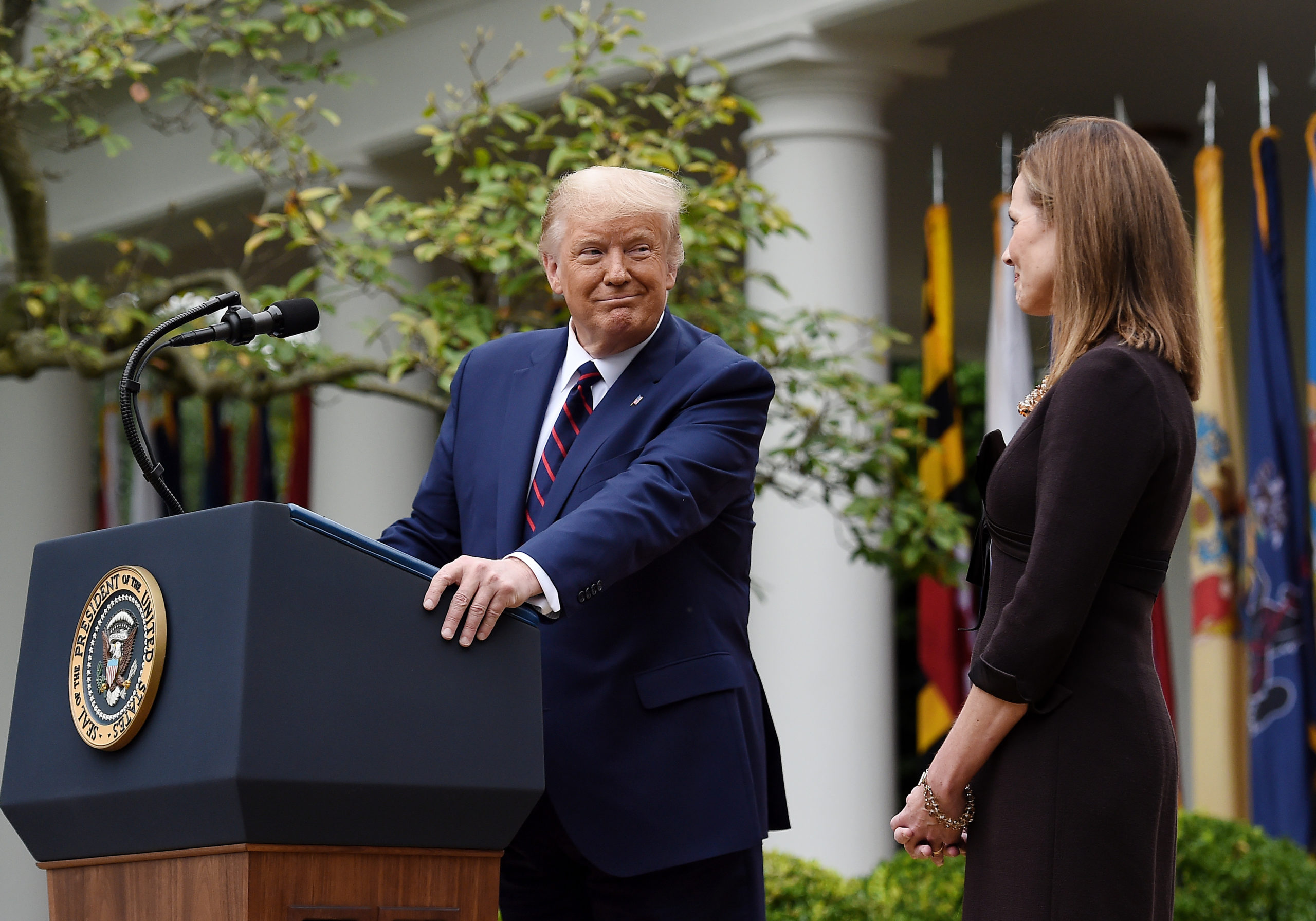 Judge Amy Coney Barrett speaks after being nominated to the US Supreme Court by President Donald Trump in the Rose Garden of the White House in Washington, DC on September 26, 2020. (OLIVIER DOULIERY/AFP via Getty Images)

Susan B. Anthony List Vice President of Communications Mallory Quigley emphasized that Barrett’s unique life experiences, such as having a son with Downs Syndrome, better equip her to serve on the Supreme Court. (RELATED: Liberal Groups Focus In On Amy Coney Barrett Ahead Of Nomination, Promise She Will Strip Reproductive Freedoms)

“Amy Barrett is an exceptional judge who is highly qualified to serve on the Supreme Court,” Quigley told the DCNF. “Her experience as a mother of seven, including two adopted children and one with special needs, equips her to serve justly, and with strong conviction and compassion.”

Abortion advocates often emphasize the need for “reproductive freedom” for women to be able to succeed professionally, Concerned Women for America’s Penny Nance told the DCNF, but Barrett demonstrates that a woman can be successful and have a large family as well.

“Amy Coney Barrett will be the first mother with school-aged children to sit on the U.S. Supreme Court,” Nance said. “She has seven children, two adopted from Haiti, and one with special needs. All women, liberal or conservative, should be celebrating this historic moment.”

“Judge Barrett, a woman who refused to settle for less, is the anthesis of the outdated notion that in order for a woman to achieve she must embrace childlessness and abortion,” Nance added. “As a smart, compassionate, and hardworking woman of faith, she is a role model for our daughters.”

Focus on the Family President Jim Daly said that Barrett represents “the very best of American women, possessing the tremendous combination of a mother’s gentle heart with a fierce, brilliant legal mind.” He noted that both her family and her career show “she has mastered the delicate art of being both a mom and a pioneering woman jurist.”

“Like mothers, Supreme Court justices must wear many hats — simultaneously serving as final arbiters of the law, unbiased referees and ultimately, trusted guardians of the Constitution,” Daly said. “Every good mother is accustomed to balancing competing priorities, often sacrificing her own comforts and conveniences for the sake of others.”