Google searches for moving out of the United States skyrocketed during Tuesday’s presidential debate.

Google Trends showed that New Zealand and Canada were two of the most searched immigration destinations the same evening as the first presidential debate. Both President Donald Trump and Joe Biden talked over each other and moderator Chris Wallace repeatedly raised his voice during the debate.

Google Trends evaluates search topics on a scale of 0-100. When the event began, the search “how do I move to New Zealand” was at 0, indicating that there was not enough data to track it. 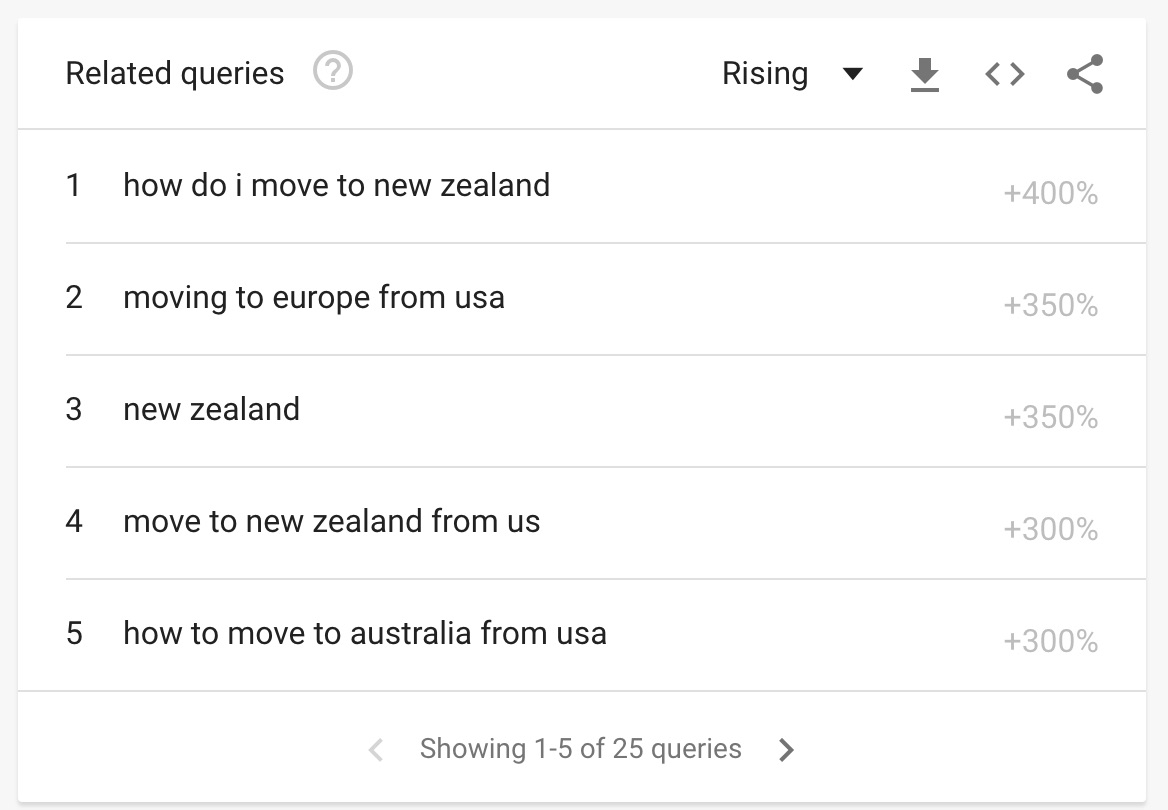 A screenshot of Google searches that spiked during the presidential debate Sept. 29, 2020 in Cleveland. (Google Trends / Screenshot)

‘Can I move to NZ?’: US Google searches skyrocket during chaotic Presidential debate https://t.co/Ljqr5DVMex

Tuesday’s debate was not the first time Americans searched for information about relocating to New Zealand. After Trump won the presidency in 2016, Google Trends showed a spike in Americans wanting to move to New Zealand, an opinion that was echoed in jest by the late Justice Ruth Bader Ginsburg, according to The Washington Post.