Dennis Williams, 67, conspired with Gary Jones, another former United Auto Workers (UAW) president, to embezzle hundreds of thousands of union members’ dues between 2010 and 2019, according to a Department of Justice (DOJ) statement. Williams served as president from 2014 to 2018 and the union’s secretary-treasurer from 2010 to 2014.

“Today’s conviction demonstrates that we will continue our drive forward to provide ethical and honest leadership for the UAW’s membership,” said U.S. Attorney Matthew Schneider.

Williams admitted that he conspired with at least six UAW officials to embezzle money for their own benefit, the DOJ said. He was charged in August. (RELATED: Union Bosses Allegedly Blew $1 Million On Cigars, Golf And Restaurants)

Williams and other high-ranking UAW officials charged the union for “multi-month long stays at private villas in Palm Springs, cigars, golfing apparel, green fees at golf courses, and high-end liquor and meals,” according to the DOJ. They fraudulently labeled personal spending as expenses related to union conferences.

“Williams and his co-conspirators used the conferences to conceal the hundreds of thousands of dollars in UAW funds spent on lavish entertainment and personal spending for the conspirators,” the DOJ said. 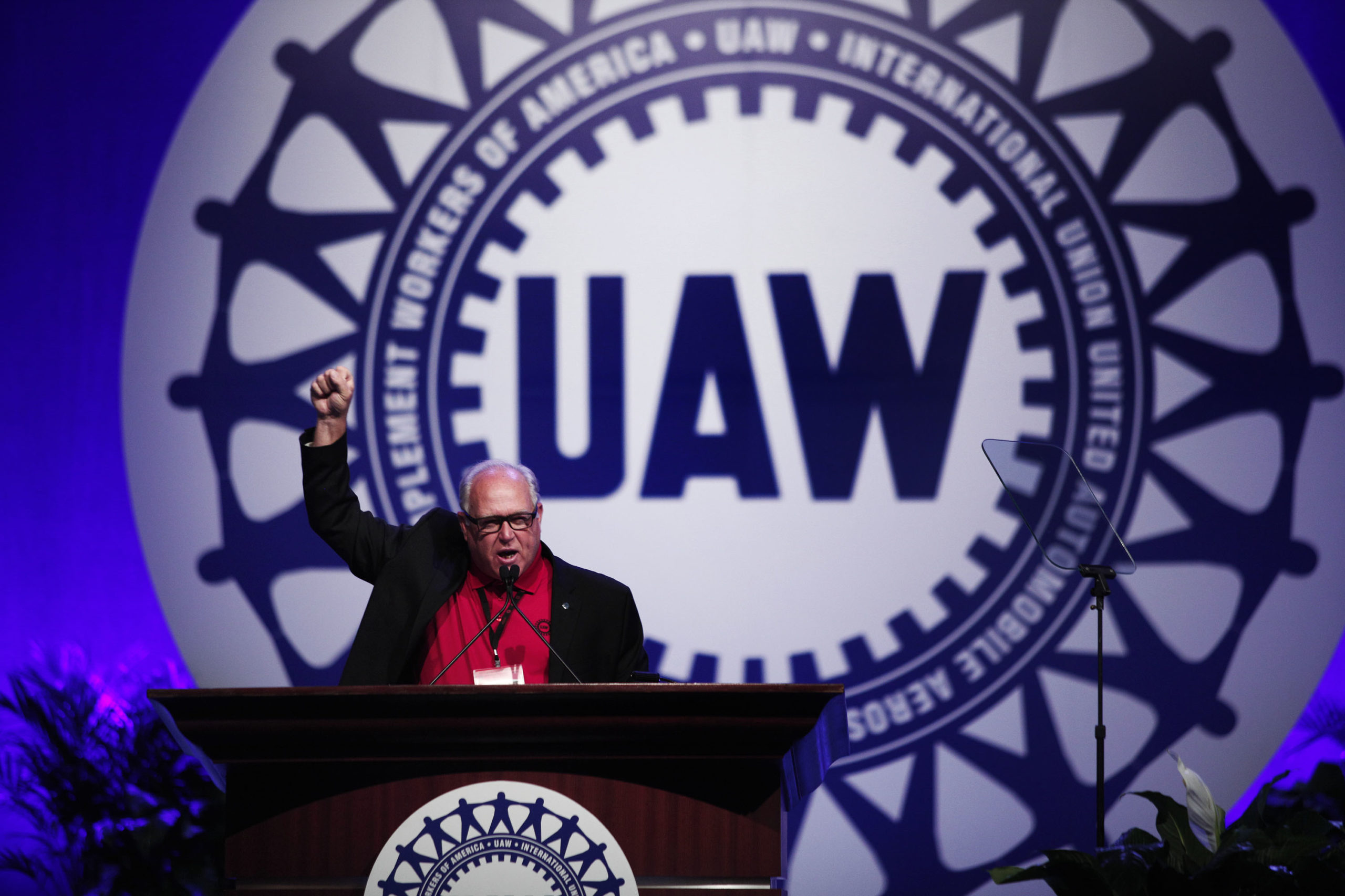 FBI special agent Steven M. D’Antuono said Wednesday, “The hard-working men and women of the UAW deserve so much better. It is my sincere hope that the convictions obtained over the course of this investigation have begun the process of ensuring honest leadership takes the helm of one of the most important labor unions in this country.”

Williams is the 15th defendant convicted as part of a federal criminal corruption investigation into UAW, which is ongoing, according to the DOJ. Nine have pled guilty and been sentenced while six, including Williams and Jones, have pled guilty and are awaiting sentencing.

The federal investigation was initiated before Williams stepped down as UAW president, according to Auto News. While president, Williams made several statements condemning those who had been implicated.

“We believe anyone who engaged in intentional misconduct is no longer employed by the UAW,” Williams said in a 2017 statement. “We continue to cooperate with the DOJ and share information with the government.”

In a January 2018 statement, Williams said an executive who was implicated in the investigation “stole money because he’s a thief who wanted to live a lavish lifestyle well beyond his means.”

Williams resigned from his union membership on Sept. 18 prior to his guilty plea, according to the Detroit Free Press. Meanwhile, an activist group within UAW lambasted the union Tuesday for not filing charges against Williams earlier. 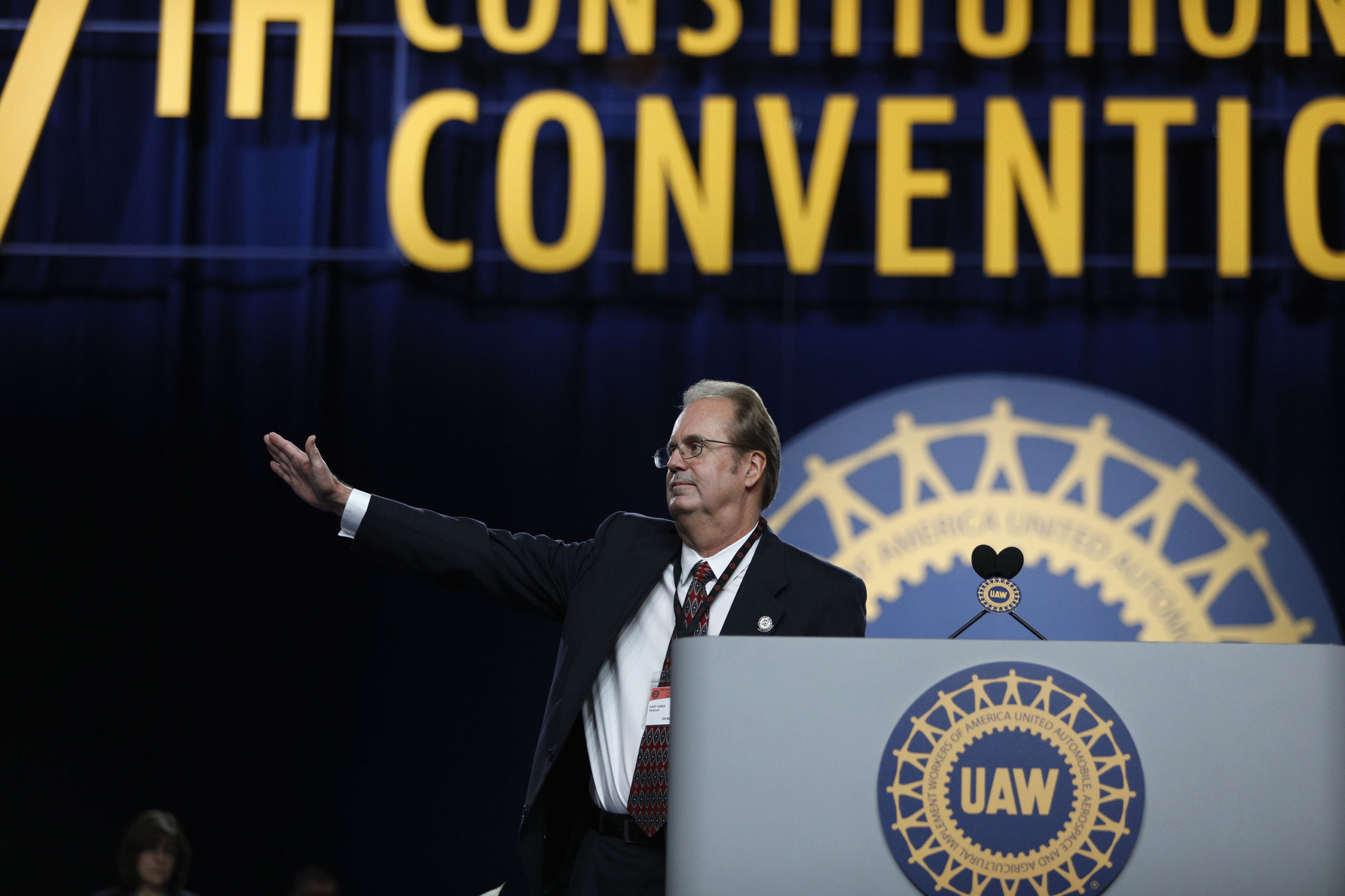 Jones, who became the union’s president in 2018, resigned in November 2019 as the investigation progressed and the UAW board moved to remove him, The Detroit News reported.

The union paid Jones $340,539 total in 2019, according to Department of Labor filings. However, he pled guilty in June of embezzling more than $1 million of membership dues, according to the DOJ.

“The UAW’s leadership, at the highest level, has engaged in a pattern of corruption and illegal activity,” D’Antuono said in a statement following Jones’ June guilty plea.

The UAW is one of the largest American unions with nearly 400,000 members and assets totaling $1.1 billion, according to the Department of Labor.  The union represents American automobile, aerospace and agricultural implement workers.