“I value the role ethnic studies plays in helping students think critically about our history and understand the experience of marginalized communities in our state,” Newsom’s statement read. “This academic discipline will help prepare our young adults to become civically engaged and participate fully in our democracy.”

“The bill, however, would require ethnic studies to be taught in high school at a time when there is much uncertainty about the appropriate K-12 model curriculum for ethnic studies,” he added. “Last year, I expressed concern that the initial draft of the model curriculum was insufficiently balanced and inclusive.”

It also said teachers should focus on “one system of power, like sexism and patriarchy” and then offer students information on the  different perspectives found across different ethnic groups.

“Systems of power can be analyzed using the four ‘I’s of oppression (ideology, institutional, interpersonal, and internalized),” the Instructional Guidance read.

Other “systems of power” include “capitalism,” which has the “capacity to control circumstances within economic, political, and/or social-cultural contexts.”

As part of the proposed course outlines, students would also get the chance to “write a paper detailing certain events in American history that have led to Jewish and Irish Americans gaining racial privilege.” (RELATED: California Gov. Gavin Newsom Signs Law Creating Task Force To Consider How Slavery Reparations Would Be Distributed)

“They will be asked to think critically about why and who is allowing this evolution in white identity and how this shift is affecting the identity of Irish and Jewish Americans.”

However, members of California’s Legislative Jewish Caucus pushed back and inserted “guardrail” language to prevent anti-Jewish bias in curriculum, according to the Forward.

The amended bill passed by the state Senate included the stipulations that all course material “be appropriate for use with pupils of all races, religions, genders, sexual orientations, and diverse ethnic and cultural backgrounds” and that the curriculum does “not reflect or promote, directly or indirectly, any bias, bigotry, or discrimination against any person or group of persons.” 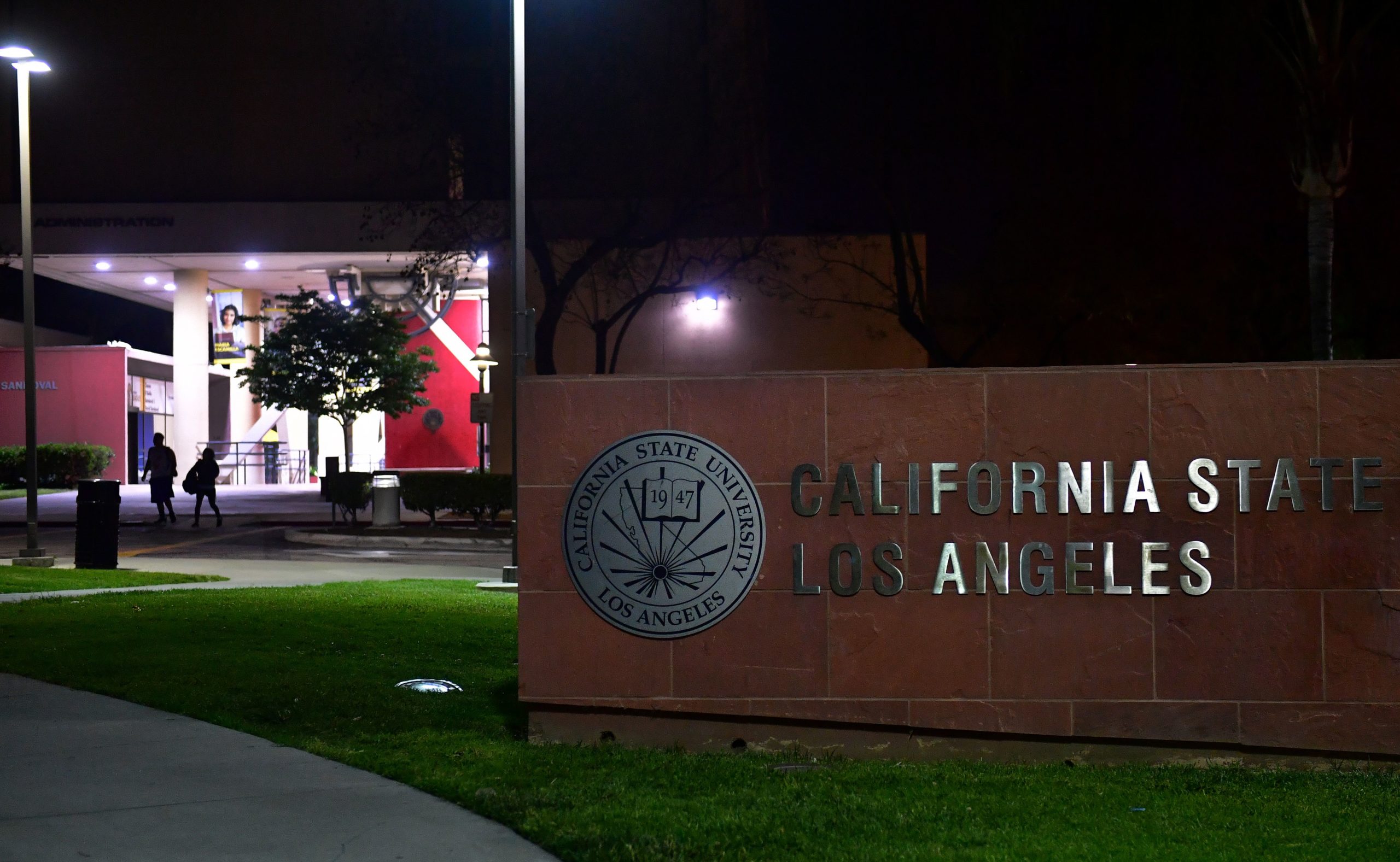 The California State Los Angeles university campus is pictured during a measles quarantine that was issued for staff and students on April 25, 2019 in Los Angeles, California. (Photo by Frederic J. BROWN / AFP) (Photo credit should read FREDERIC J. BROWN/AFP via Getty Images)

Newsom’s veto comes more than a month after he signed a law requiring students at California State University to take an ethnic studies course to graduate.