Trump signed the order Wednesday, which declared a national emergency addressing the security threat posed by China supplying 80% of the earth minerals used in commercial and defense technologies. It directed a number of Cabinet officials and military leaders to devote all available resources toward advancing the growth of a domestic mining and processing industry. 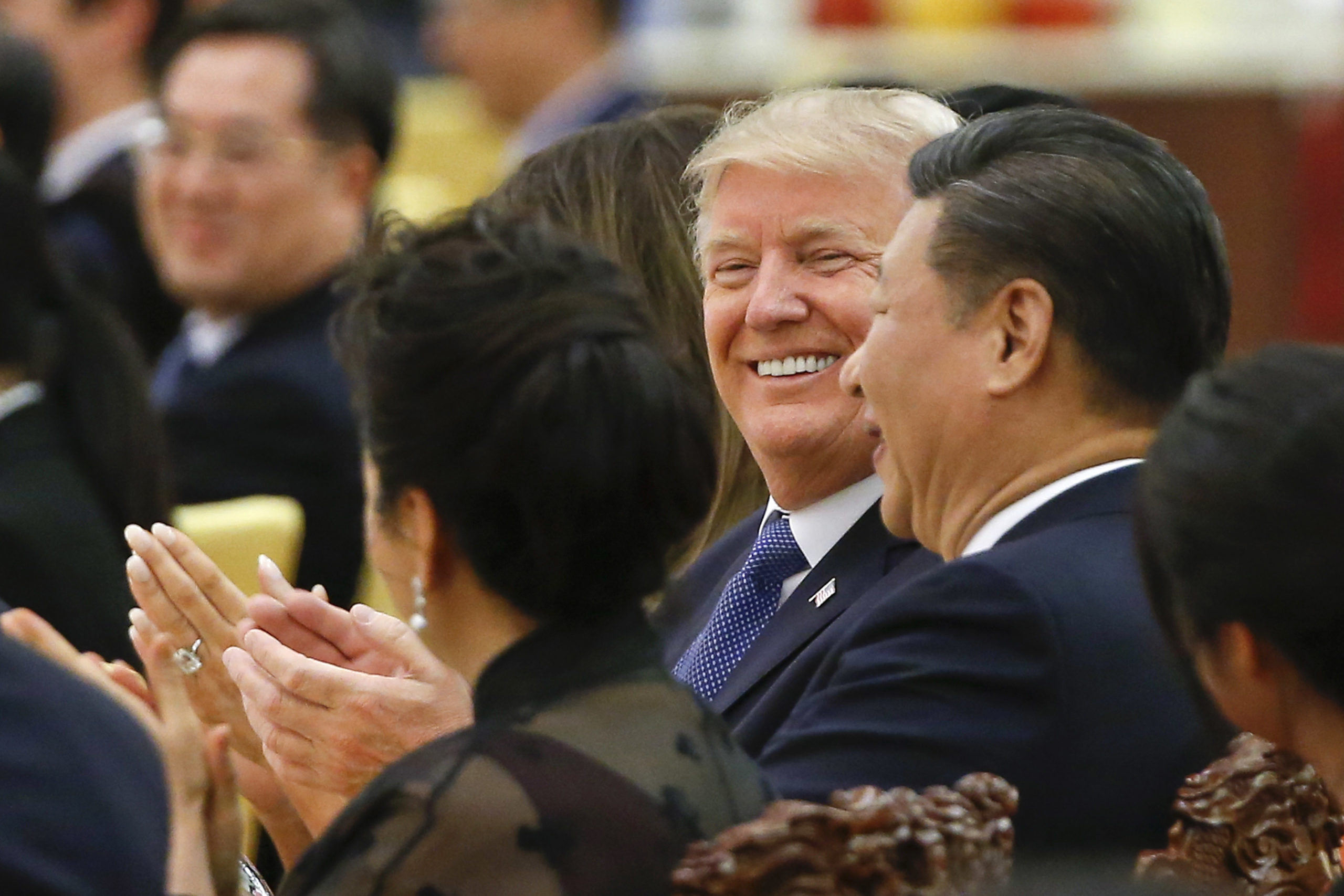 BEIJING, CHINA – NOV. 9: U.S. President Donald Trump and China’s President Xi Jinping attend at a state dinner at the Great Hall of the People on November 9, 2017 in Beijing, China. Trump is on a 10-day trip to Asia. (Photo by Thomas Peter – Pool/Getty Images)

“By expanding and strengthening domestic mining and processing capacity today, we guard against the possibility of supply chain disruptions and future attempts by our adversaries or strategic competitors to harm our economy and military readiness,” the order reads. “Moreover, additional domestic capacity will reduce United States and global dependence on minerals produced in countries that do not endorse and pursue appropriate minerals supply chain standards, leading to human rights violations, forced and child labor, violent conflict, and health and environmental damage.”

A Congressional task force also released a report on Wednesday, centered on countering the Chinese Communist Party’s influence on American politics and policies. It explicitly states that “overhauling the federal permitting process for mineral development and prioritizing advancements in mineral refining so neither industry nor the Defense Industrial Base are reliant on the CCP” is critical to maintaining supply chain security. (RELATED: China Is Winning — How Do We Stop Them? A Conversation With Dr. Jonathan Ward | WALL STREET MEETS WASHINGTON EP. 22)

The report recommends that “Congress and the Administration must remove regulatory barriers to domestic mining, in part to ensure a sufficient domestic supply of critical minerals and rare earth elements for multiple applications, including renewable energy infrastructure, electric vehicles, and telecommunications equipment.”

“Project Takeoff,” an initiative launched by VUONG Holdings and supported by the administration, applauded the earth mineral moves. VUONG Holdings executive chairman Vinh Vuong and president Willie Costa told Daily Caller that Trump’s order, “along with other actions taken by the President and his administration, will enable the private sector to take the lead and succeed in major initiatives to reset the global supply chain on critical and rare earth minerals.”

“With the support of the United States Government and this administration specifically, the private sector can finally move forward on taking the next steps in fulfilling this mission and creating a westward-facing supply chain instead of continuing to empower adversaries like CCP-led China,” they stated. “Along with our allied nations and their private sectors, we now have a public-private platform that will succeed in creating jobs, ending reliance on foreign adversaries, creating stronger relationships with our nation’s allies, and taking control of our own future – both economically and in terms of national security.”

Vuong and Costa have met with government officials at the local, state and federal level to help craft Project Takeoff’s structure, they told the Daily Caller. Additionally, with support from the White House, they have met with numerous allied governments and other private sector companies to help “streamline” the nation’s supply chain. 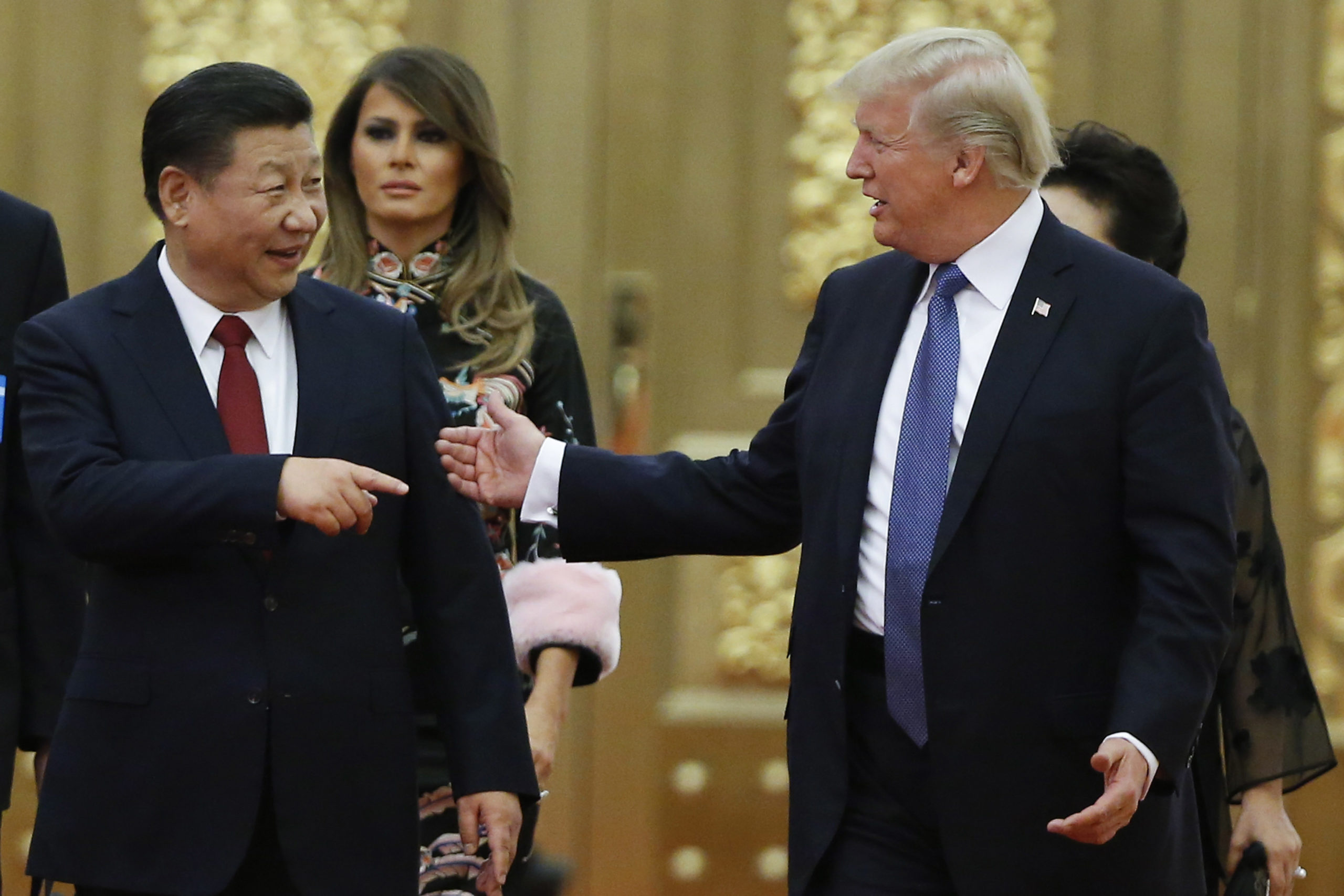 BEIJING, CHINA – NOV. 9: U.S. President Donald Trump and China’s President Xi Jinping arrive at a state dinner at the Great Hall of the People on Nov. 9, 2017 in Beijing, China. Trump is on a 10-day trip to Asia. (Photo by Thomas Peter – Pool/Getty Images)

“Oil powered the world of yesteryear, but minerals will power the world of today and create the foundation upon which the technology of tomorrow will be built,” Vuong added. “This holistic approach will unlock a massive shift in the minerals space and unleash record economic prosperity in the United States and our allies. This will ultimately create jobs in the US and allied economies, build stronger diplomatic relations, and protect our nation’s national security interests.”

Peter Navarro, the White House’s Director of Trade and Manufacturing Policy and one of Trump’s top China advisers, further told Caller that the president’s executive order “will help turn Minnesota’s Iron Range into the Copper, Nickel, and Cobalt Ranges as well. Numerous other states, from Arizona and Colorado to Michigan and Pennsylvania, will benefit as well.”

“By reducing our dangerous over-dependence on critical minerals, President Trump’s action creates more good jobs at good wages while enhancing our national security,” he stated. “As the president has often said, economic security IS national security.”