A new academic paper studying the rise of violent, far-left extremist networks warns of the possibility of “attacks on vital infrastructure” and even a potential “mass-casualty event.”

The NCRI’s alerts have proved prescient in the past: the institute released a report warning of spikes in anti-Semitic extremism shortly before the October 2018 Tree of Life Synagogue mass shooting that left 11 people dead.

The new report, which was released on Sept. 14 has received little media attention but sounds alarms about an “online structure supporting anarcho-socialist extremism” that “appears to be rapidly growing” and supporting real-world violence.

“We find evidence that violent anarcho-socialist networks played an active online role in preparing for and coordinating real world riots nation-wide and in real time,” the report goes on to note. 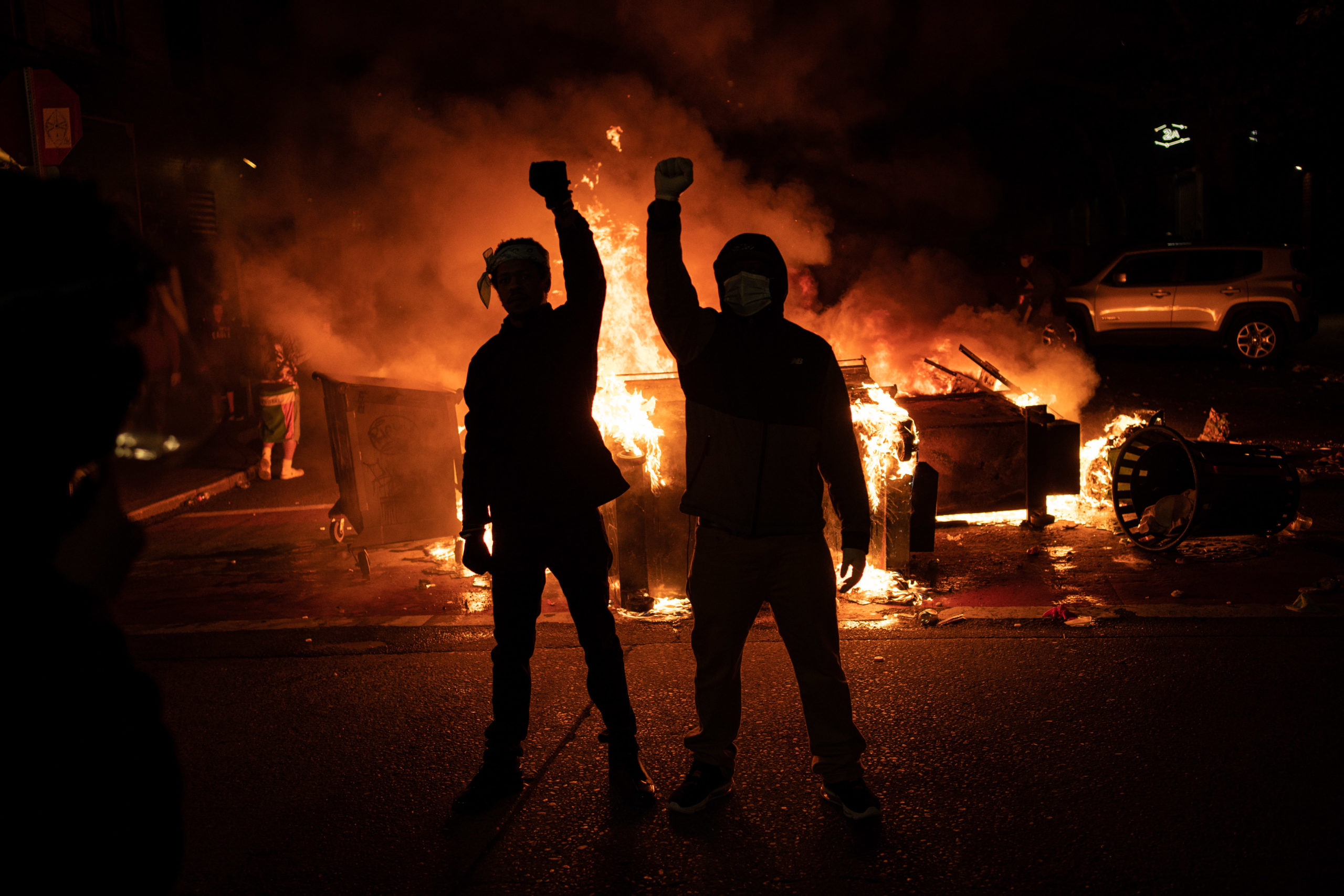 Demonstrators raise their fists as a fire burns in the street after clashes with police in Seattle. (David Ryder/Getty Images)

The NCRI report also points to coordinated demonstrations across the country on July 25, which devolved into riots in four cities.

“We found that distributed anarchist networks prepared, executed, and propagandized simultaneous rallies on July 25th across the United States in a coordinated campaign with the hashtag/code ‘#J25’ resulting in riots being declared simultaneously in four cities: Portland, OR, Richmond, VA, Eugene, OR, and Seattle, WA,” the report states.

The NCRI report says that left-wingers have martyrized Willem Van Spronsen, a self-identified Antifa member who died in a shootout with police in July 2019 after attempting to burn down an immigration detention center in Washington.

“While this report is suggestive rather than conclusive, these data hint that insurgent behavior, stochastic terror and even attacks on vital infrastructure may be fomenting, and even indicate the possibility of a mass-casualty event,” the report later concludes.