“First I would say Nancy Pelosi is not being serious. If she becomes serious then we can have a discussion here,” she said in response to a question from Bloomberg’s Justin Sink on the stimulus negotiations. “We raised the offer, but when you lower your offer $2.2 trillion and you ask for direct payments to illegal immigrants, and you ask for certain deportation forgivenesses in your offer, it’s not a serious offer.” (RELATED: Mnuchin Is ‘Hopeful’ He Can Reach A Stimulus ‘Compromise’ With Pelosi This Week) 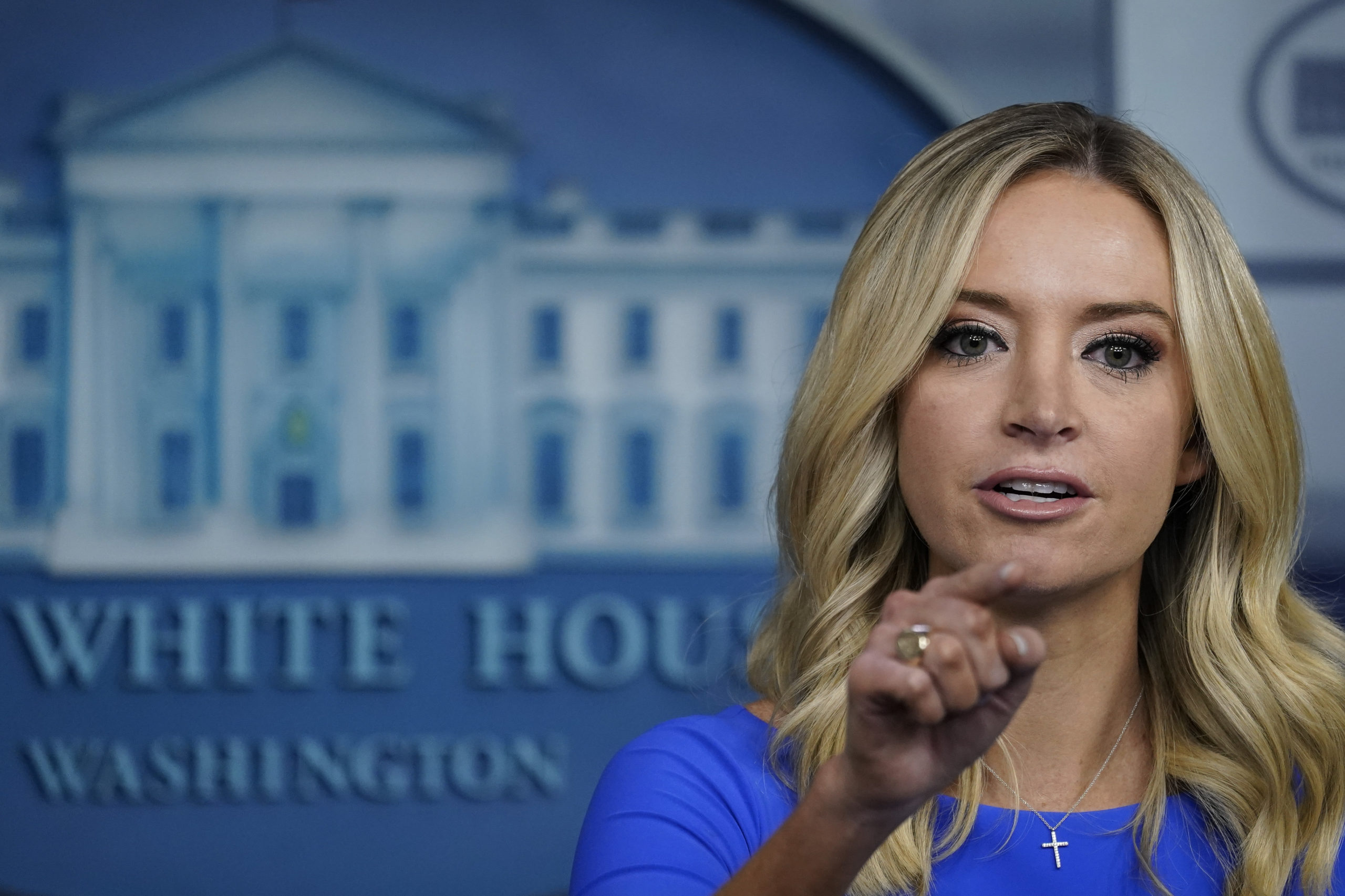 WASHINGTON, DC – OCT. 01: U.S. White House Press Secretary Kayleigh McEnany speaks during a press briefing at the White House on Oct. 1, 2020 in Washington, DC. President Donald Trump is traveling to Bedminster, New Jersey on Thursday for a roundtable event with supporters and a fundraiser. (Photo by Drew Angerer/Getty Images)

“Nancy Pelosi, rather than playing election, partisan politics, should come to the negotiating table,” McEnany continued. “Let’s consolidate around things we agree on, and I think something we can agree on is 19,000 workers should not lose their job in the airlines. It is incumbent upon Nancy Pelosi to engage with Secretary Mnuchin and the chief of staff on making that a reality.”

“I think there is a reasonable compromise here, it’s something that the president very much wants to get done and make sure that we help those parts of the economy that still need help so we’re going to try to see if we can get something passed,” he stated during an interview on CNBC. “That doesn’t mean, obviously, there wouldn’t be a lot more work to do, but I am hopeful that we can come to an overall understanding.”