A total of 22 AGs signed the Wednesday letter addressed to U.S. Senators recommending Barrett’s “prompt” confirmation to the high court.

“We, the undersigned Attorneys General of our States, write to urge the Senate to promptly hold a hearing on and confirm the nomination of Judge Amy Coney Barrett to the Supreme Court of the United States. Judge Barrett is a distinguished legal scholar and an exceptional appellate judge with a track record of interpreting the Constitution according to its text and original public meaning,” the lead prosecutors wrote. 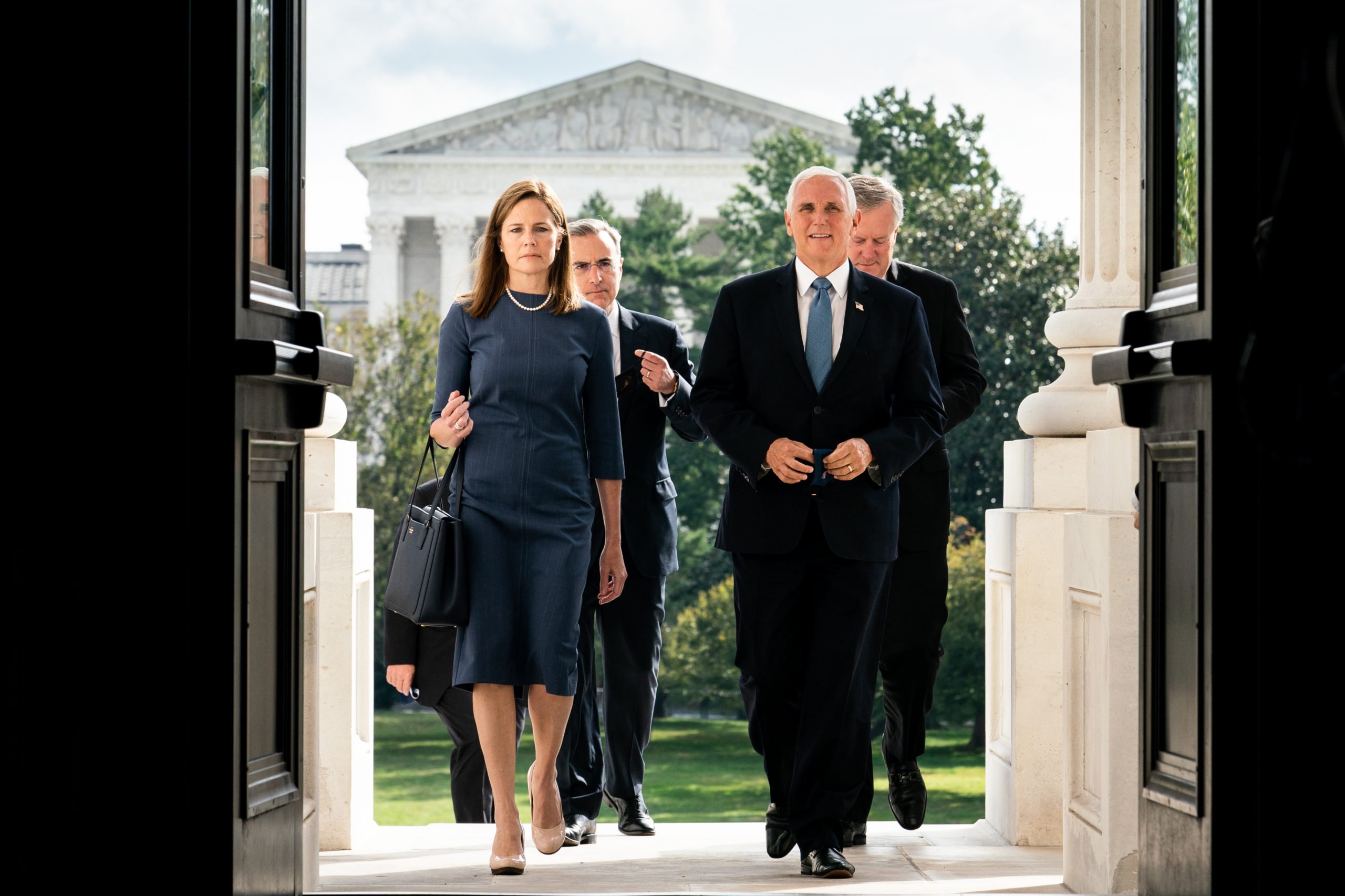 The Republican push to confirm the 48-year-old mother of seven, spearheaded by President Donald Trump, has seen sharp resistance from Democrats.

Democratic presidential nominee Joe Biden has said legislators should “follow [their] conscience” and refrain from nominating Barrett until the Nov. 3 election results are in, according to the New York Times. Similarly, Democratic vice presidential nominee Kamala Harris said Barrett has a “long record of opposing abortion and reproductive rights” and that the potential justice would dishonor the work of the now-departed, former Justice Ruth Bader Ginsburg, according to a separate New York Times report.

“We are aware that there are those who believe the Senate should not hold a hearing on the President’s nominee,” the AGs said in the letter. “In response, we quote excerpts from a 2016 letter sent to the Senate by the Attorneys General of California, New York, and 17 other states: ‘The Constitution clearly sets out the process for filling a Supreme Court vacancy. The President has a duty to make a nomination.'” (RELATED: Kamala Harris Dodges Supreme Court Packing Question Following Debate)

“Some have voiced a concern that the senators of the 116th Congress will not have enough time to adequately consider Judge Barrett’s qualifications,” the AGs continued. “Justice Ginsburg herself was confirmed 42 days after she was nominated.”

“Justice Sandra Day O’Connor’s confirmation took 33 days, while Justice John Paul Stevens was confirmed 19 days after he was nominated. As the New York Times reported in 2016, ‘on average, a nominee has been confirmed, rejected, or withdrawn within 25 days.'”

Republican Senate Majority Leader Mitch McConnell and Democratic Senate Minority Leader Chuck Schumer did not immediately respond to requests for comment from the Daily Caller News Foundation at the time of publishing.