“The State of Texas has a duty to voters to maintain the integrity of our elections,” Abbott said in a statement. “As we work to preserve Texans’ ability to vote during the COVID-19 pandemic, we must take extra care to strengthen ballot security protocols throughout the state. These enhanced security protocols will ensure greater transparency and will help stop attempts at illegal voting.”

According to the proclamation, voters can begin dropping their mail in ballots off in person starting Oct. 13 and can do so through the “fourth day before Election Day.” However, each county will be limited to one drop box. 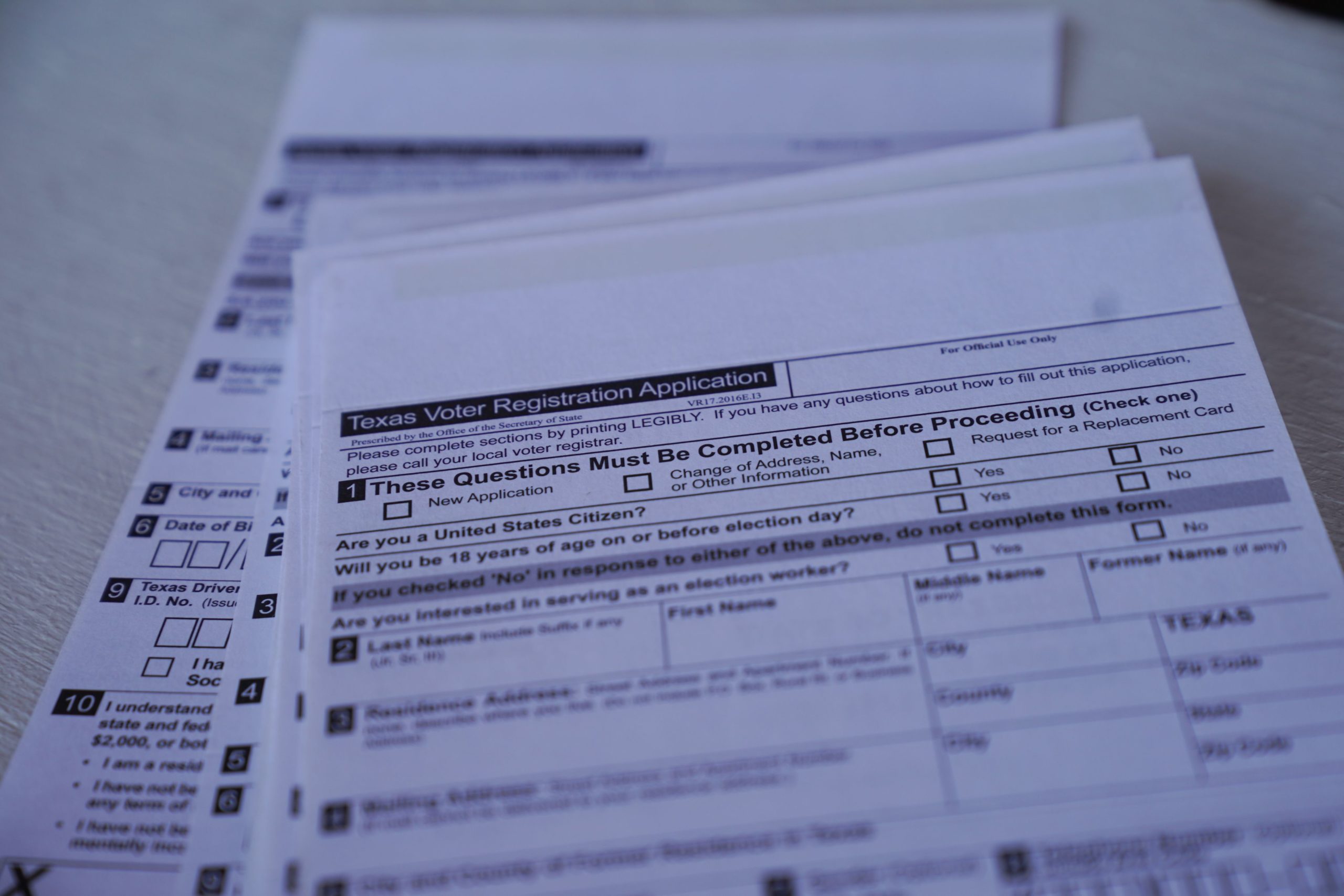 A stack of voter registration forms is seen at Don Caple’s roadside Trump-themed trailer near the Cadillac Ranch art installation in Amarillo on July 31, 2020. (Photo by BRYAN R. SMITH/AFP via Getty Images)

Abbott’s new rule could cause issues for larger counties, like Harris County which has 12 satellite offices for voters to drop off their ballots, according to KETK.

Texas Democrats criticized the new rules, saying Abbott and Republicans are purposely trying to adjust the rules because they’re scared of losing.

“Republicans are on the verge of losing, so Governor Abbott is trying to adjust the rules last minute. Courts all over the country, including the Fifth Circuit yesterday, have held that it is too late to change election rules, but our failed Republican leadership will try anyway,” the statement read, per KETK. “Make no mistake, Democracy itself is on the ballot. Every Texas must get out and vote these cowards out.”