A New York union leader was charged in an alleged fraud, bribery and racketeering scheme along with 10 other union leaders, according to a Thursday indictment.

James Cahill, president of the New York State Building and Construction Trades Council (NYS Trades Council) and executive council member of the New York State American Federation of Labor and Congress of Industrial Organizations, is accused of leading the scheme, according to a Department of Justice (DOJ) statement. Cahill and ten officials from the steamfitters Local 638 union, which Cahill had led in the past, allegedly accepted more than $100,000 in bribes beginning October 2018.

“This was a complete betrayal of these unions and their membership,” said Suffolk County District Attorney Timothy D. Sini.”Our two-year wiretap investigation uncovered a shocking level of greed and corruption, and the investigation is very much ongoing.” 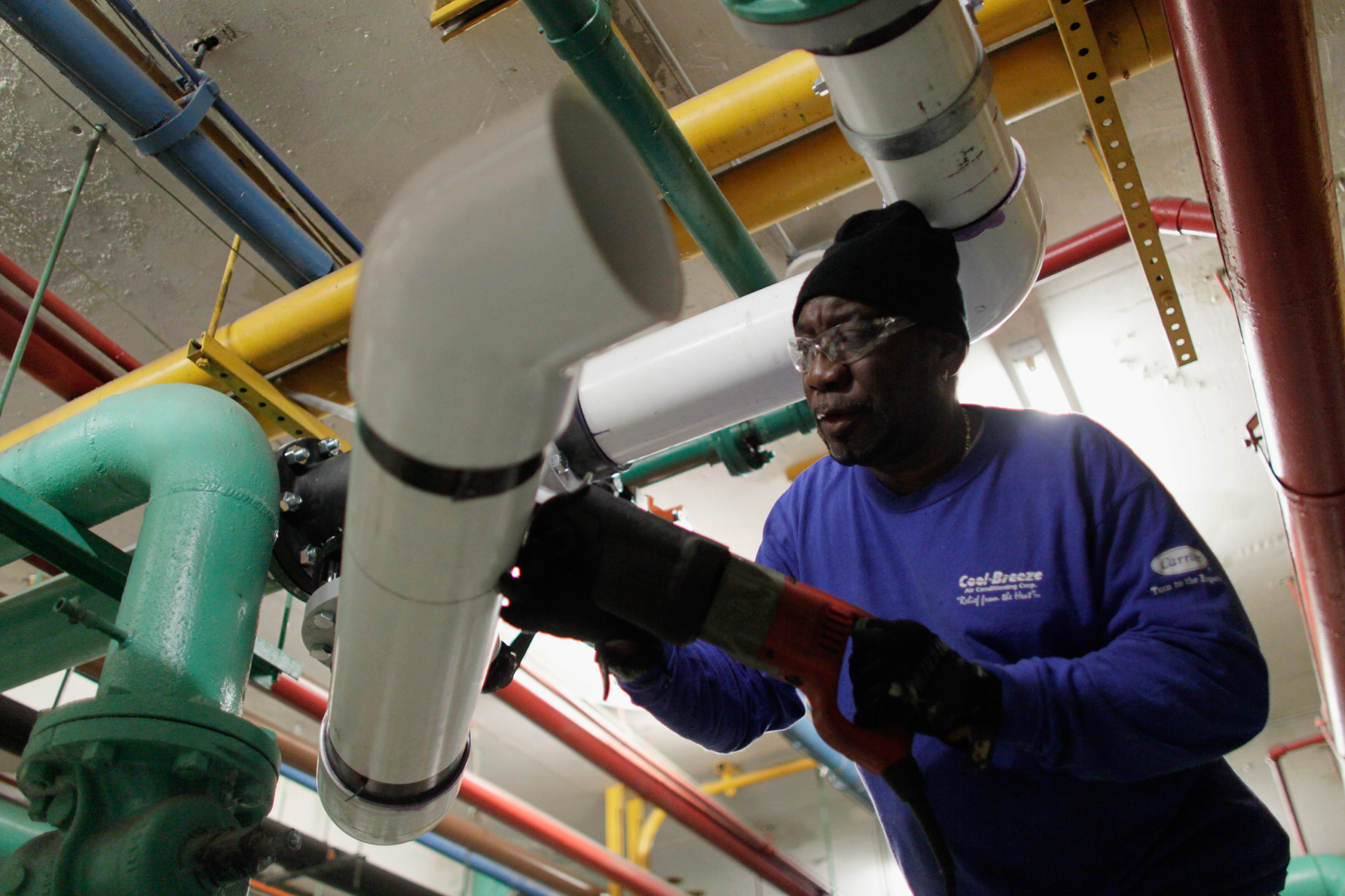 A pipefitter works on installing an air conditioner in a hotel in Florida. (Joe Raedle/Getty Images)

Cahill and the others allegedly accepted bribes in the form of loans that were never repaid, free meals and drinks, free labor on personal property and purchases of home appliances, according to the DOJ. The members of the scheme allegedly accepted the bribes and in return took actions that favored non-union work thus undermining their own organizations.

In one wiretap recording, Cahill told an employer not to sign with a union, according to the indictment. He said, “tell everyone to go fuck themselves” because “if you become union, you’ll have 12 fucking guys on your back.”

“Today’s indictment reflects our commitment to rooting out corruption and bringing to justice those who abuse positions of power out of personal greed,” Graff said.

Cahill, a top New York labor leader, was a key part of the negotiations that led to a $4 billion agreement with the State of New York for the new Gov. Mario Cuomo Bridge, according to New York Daily News. His endorsement of the state’s budget holds sway as well.

The NYS Trades Council consists of several local affiliates and represents more than 200,000 unionized construction workers, according to the DOJ. Local 638 has jurisdiction over pipe fitting in New York City and Long Island.

The defendants were arrested on Wednesday and Thursday, the DOJ said. Cahill faces up to 45 years imprisonment if found guilty of all charges.

Cahill will plead not guilty, his attorney said, the Daily News reported.