“This test came back positive. Senator Johnson feels healthy and is not experiencing symptoms. He will remain isolated until given the all-clear by his doctor,” Johnson’s office said Saturday in a statement.

Republican Utah Sen. Mike Lee was the first U.S. senator who was present at the White House last Saturday for the Supreme Court nomination to test positive for coronavirus, announcing earlier Friday that he would be heading home to recover. North Carolina Sen. Thom Tillis then tested positive. Tillis was also at the White House event and met with Supreme Court nominee Amy Coney Barrett on Wednesday in the Capitol.

Johnson is the only senator not at the White House event to test positive thus far. 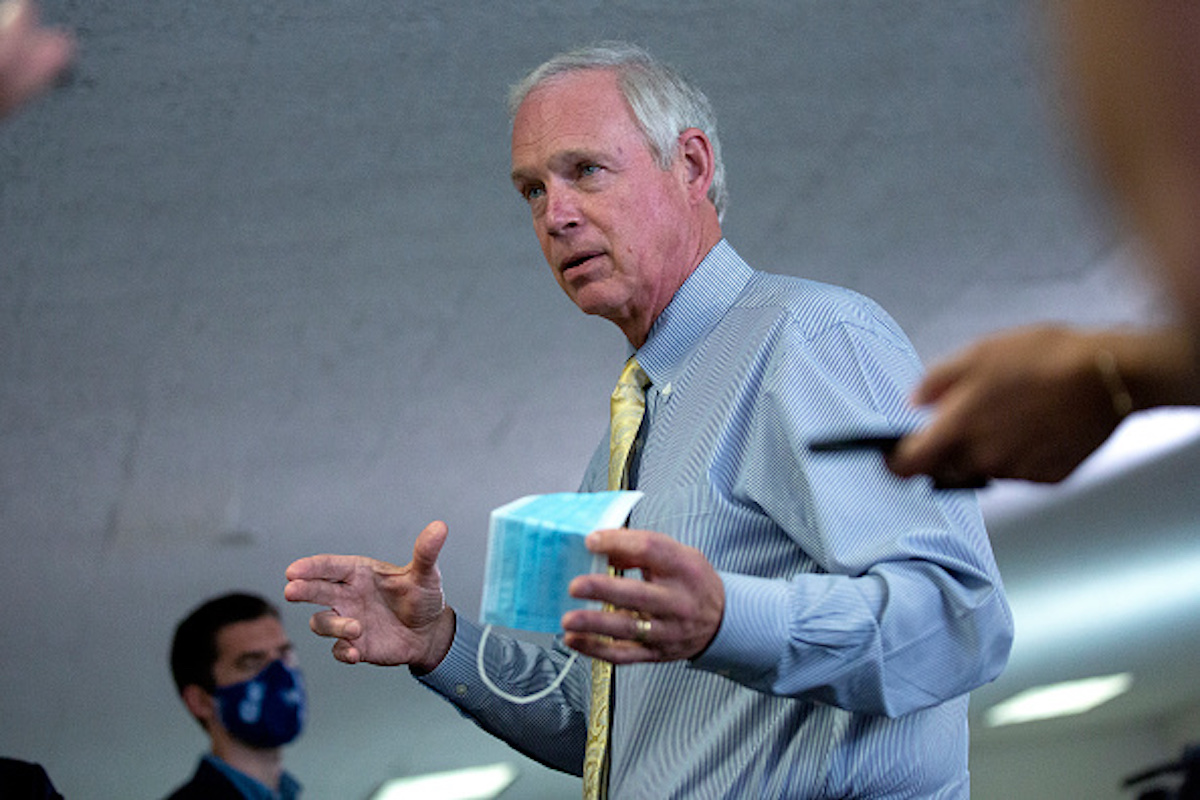 Sen. Ron Johnson (R-WI) speaks to members of the media as he arrives for the weekly Senate Republican policy luncheon in the Hart Senate Office Building on June 30, 2020 in Washington, DC. (Photo by Stefani Reynolds/Getty Images)

Tillis, Lee, and Johnson are all now at their homes and will be recovering for the next 10 days or until they are healthy. (RELATED: Republican Sen. Mike Lee Tests Positive For Coronavirus)