At least 36 people were shot and 3 killed in Chicago this weekend, as the city outpaces its 2019 homicide rates.

The first fatal shooting happened Friday evening around 5:45, according to CBS Chicago. A 35-year old man and a 14-year old girl were walking along South Oakley Avenue when a car pulled up alongside them and began firing, per the same report. The girl was shot in the thigh and ankle and remains in good condition, while the 35-year old man was shot in the head and died.

A 25-year old man was killed less than 5 hours later.

An 18-year old was killed Sunday around 4:51 p.m. after he was shot multiple times while hanging out in a backyard, Chicago Police Department announced. 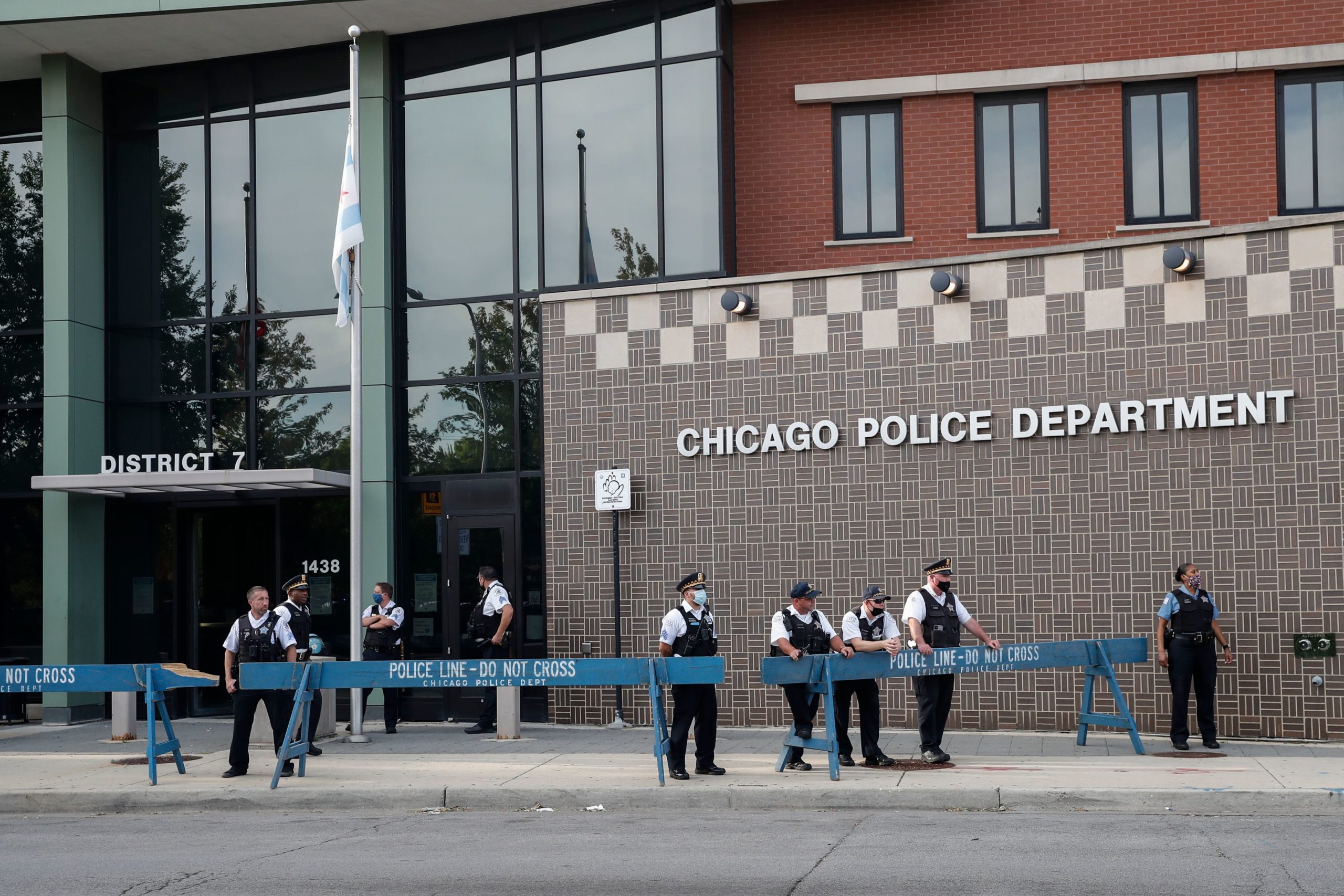 Chicago Police officers monitor the area outside their District 7 headquarters during a rally against Chicago Police violence in the Englewood neighborhood in Chicago, Illinois, on August 11, 2020. (Photo by KAMIL KRZACZYNSKI/AFP via Getty Images)

The grim report comes after Chicago recorded its deadliest September since the early ’90’s, with at least 80 homicides, according to WTTW.

While overall crime is down seven percent year-to-date, homicides have increased by 50 percent while shootings increased 51 percent, per the same report. (RELATED: Chicago Police On Alert After FBI Warns Gangs Have Allegedly Initiated A ‘Shoot On-Sight’ Pact)

Overall, the city has surpassed the 2019 homicide rate, with Chicago reporting 2,470 shootings with 3,110 victims, and 588 homicides, according to WTTW.

“This has been an unprecedented year in policing, as coronavirus, civil unrest and violence have all converged in Chicago and in cities throughout the country,” Police Superintendent David Brown said, per the same report.

The Daily Caller reached out to the Chicago Police Department but did not receive a response at the time of publication.