Police in Germany are investigating an attack on a Jewish student entering a synagogue in Hamburg as an attempted murder with anti-Semitic intent, numerous sources reported.

Security guards and police officers arrested a 29-year-old man wearing army fatigues and carrying a piece of paper with a swastika drawn on it after the man attacked and badly injured a 26-year-old Jewish man wearing a kippah with a shovel on Sunday, the New York Times reported. 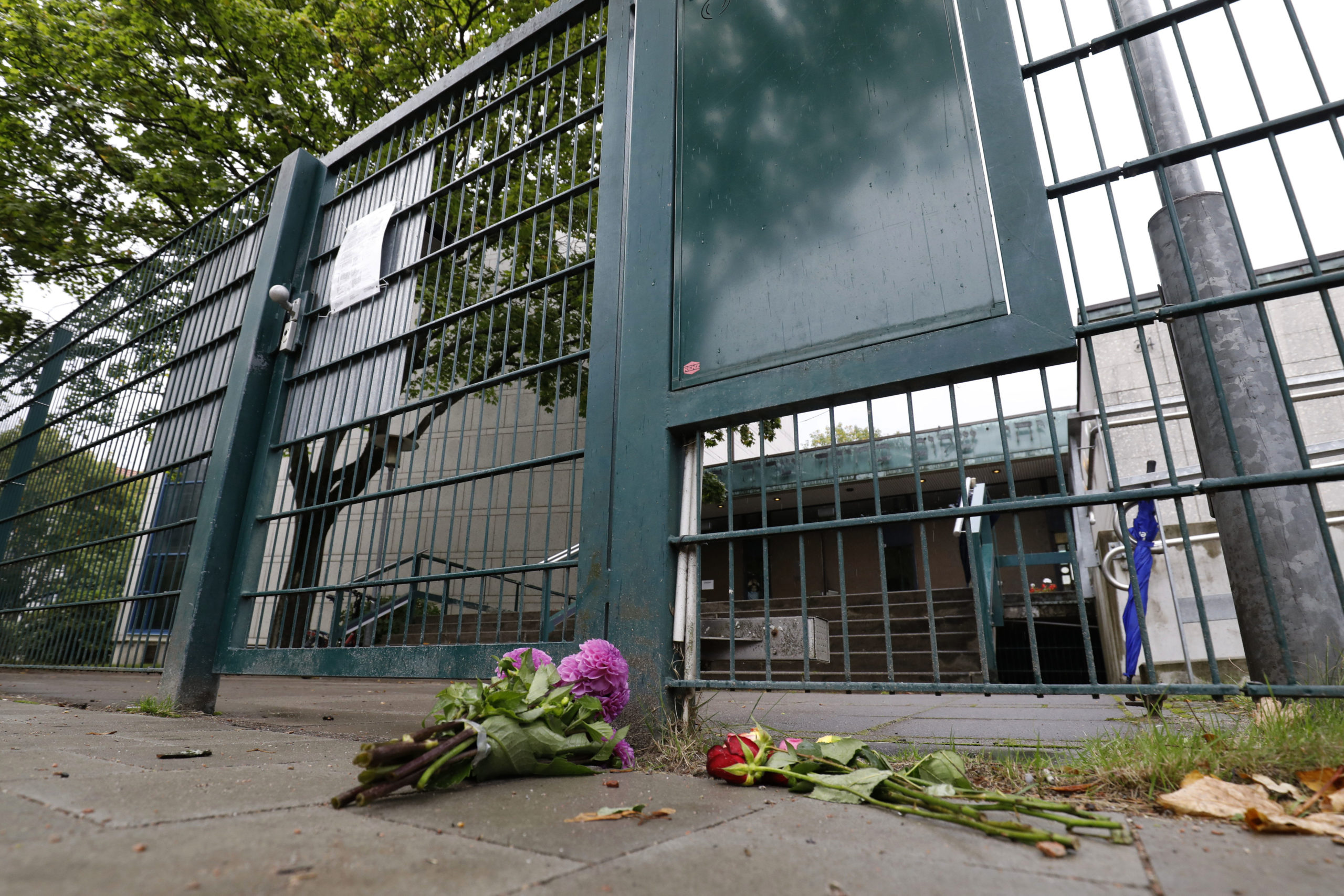 Flowers are placed in front of the entrance to the Synagoge ‘Hohe Weide’ in Hamburg, northern Germany, on Oktober 5, 2020, one day after an attack on a Jewish student. (Photo by MORRIS MAC MATZEN/AFP via Getty Images)

The victim sustained severe head injuries and was taken to the hospital, local media reported, according to the BBC. Police said the suspect was in a confused state when he was detained.

“The current assessment of the situation suggests this is an anti-Semitic motivated attack,” a statement from police and prosecutors said.

The incident occurred less than a year after a deadly assault on a synagogue in Halle, Germany, on Yom Kippur, the holiest day of the year in Judaism. Stephen Balliet, 28, was arrested and charged with two counts of murder and 68 counts of attempted murder after he allegedly tried to get into a synagogue and then threw an explosive at a kebab shop and shot dead a 20-year-old woman, according to the BBC. 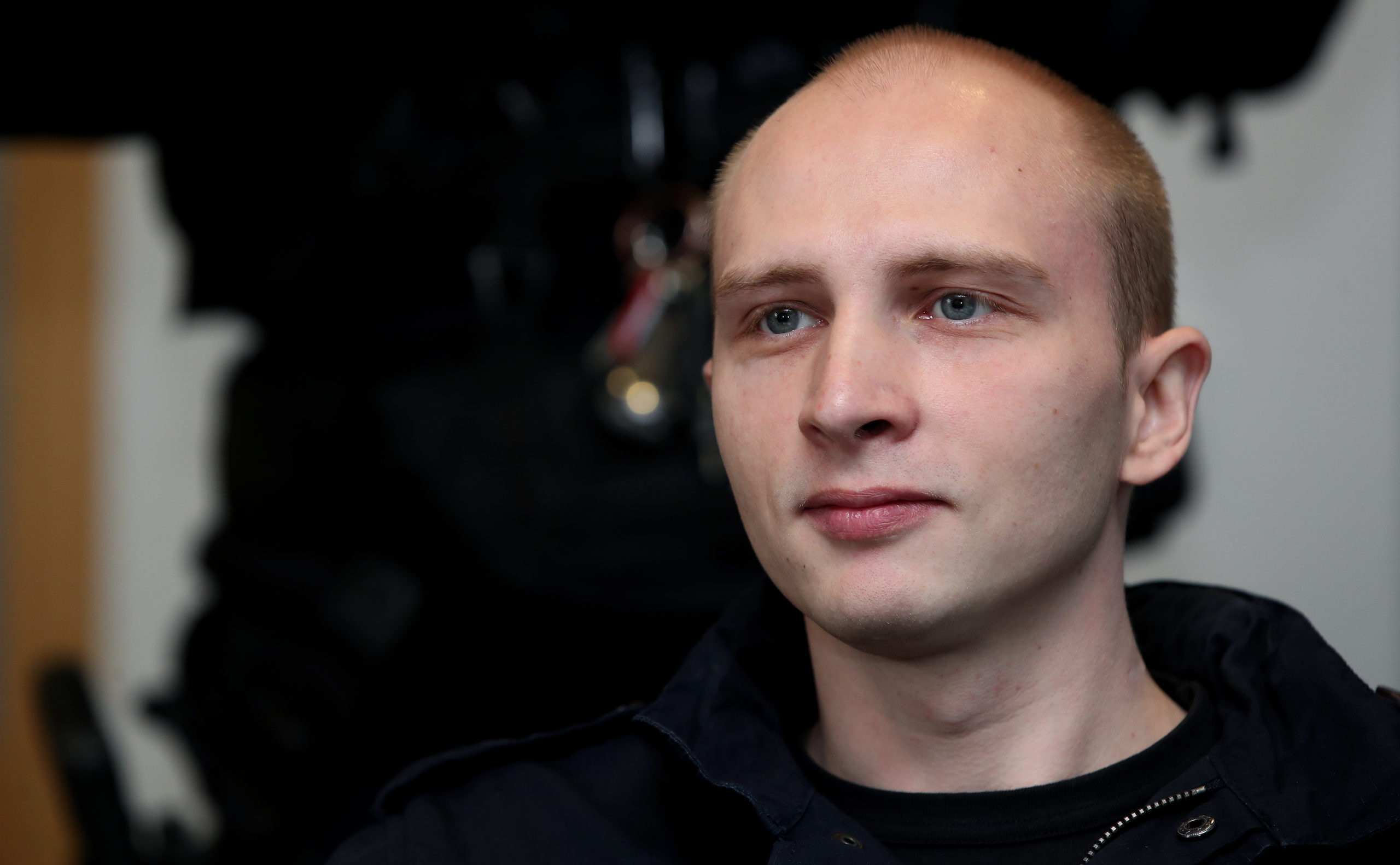 Stephan Balliet waits before the start of the eighth day of his trial on charges of murder on September 1, 2020 in Magdeburg, Germany. (Photo by Ronny Hartmann/Getty Images)

Amid a surge in anti-Semitic incidents, German Chancellor Angela Merkel expressed her concern in September about the rise in anti-Semitism in Germany, Deutsche Welle reported.

“Racism and anti-Semitism never disappeared, but for some time now they have become more visible and uninhibited,” the chancellor said, citing the attack in Halle as an example of “how quickly words can become deeds.”

The number of anti-Semitic crimes committed in Germany surged to 2,032 in 2019, an increase of 13% from 2018, Germany’s Interior Minster Horst Seehofer said in May 2020, Politico reported. (RELATED: German Police Raid, Ban Anti-Semitic Group That Planned Paramilitary Training)

The biggest threat comes from right-wing extremists who are responsible for 93% of anti-Semitic hate crimes, according to the statistics, Seehofer said. 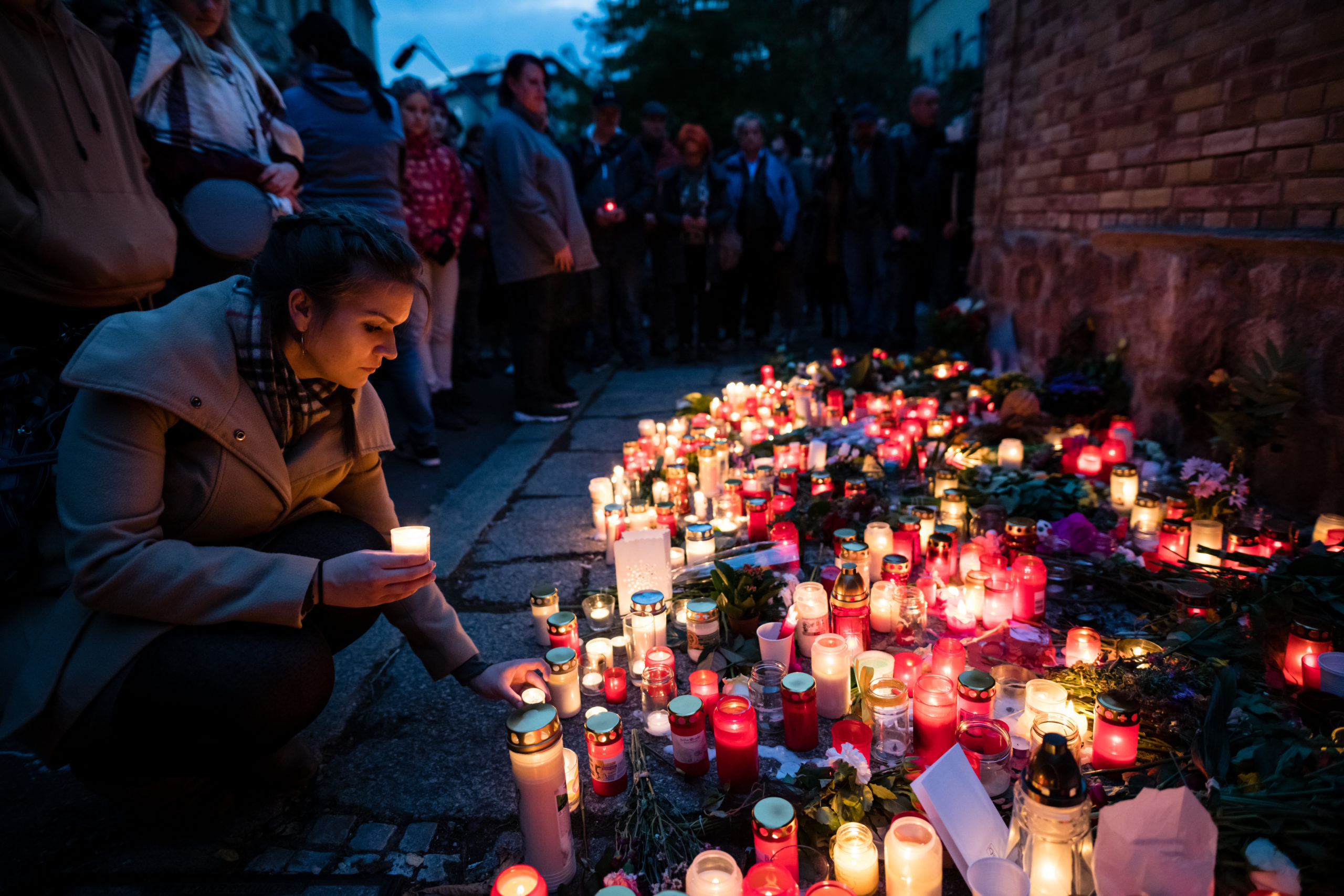 HALLE, GERMANY – OCTOBER 11: People mourn whilst taking part in a human chain around the Jewish synagogue during the Sabbath celebrations two days after a shooting left two people dead on October 11, 2019 in Halle, Germany. (Photo by Jens Schlueter/Getty Images)

“The attack in Halle last year was a signal,” Josef Schuster, president of the Central Council of Jews in Germany said. “Anti-Semitism has become commonplace for Jews in Germany. Especially on the internet, unrestrained hatred is striking us. But the rejection of Jews is also a massive problem on the streets and in schools.”