White House chief of staff Mark Meadows pushed back Monday on the idea that President Donald Trump’s decision to drive by and greet supporters gathered outside of Walter Reed Military Medical Center put Secret Service agents and other personnel in unnecessary danger.

Meadows, during an interview on Fox & Friends, asked the hosts, “how do we think that we got here?” 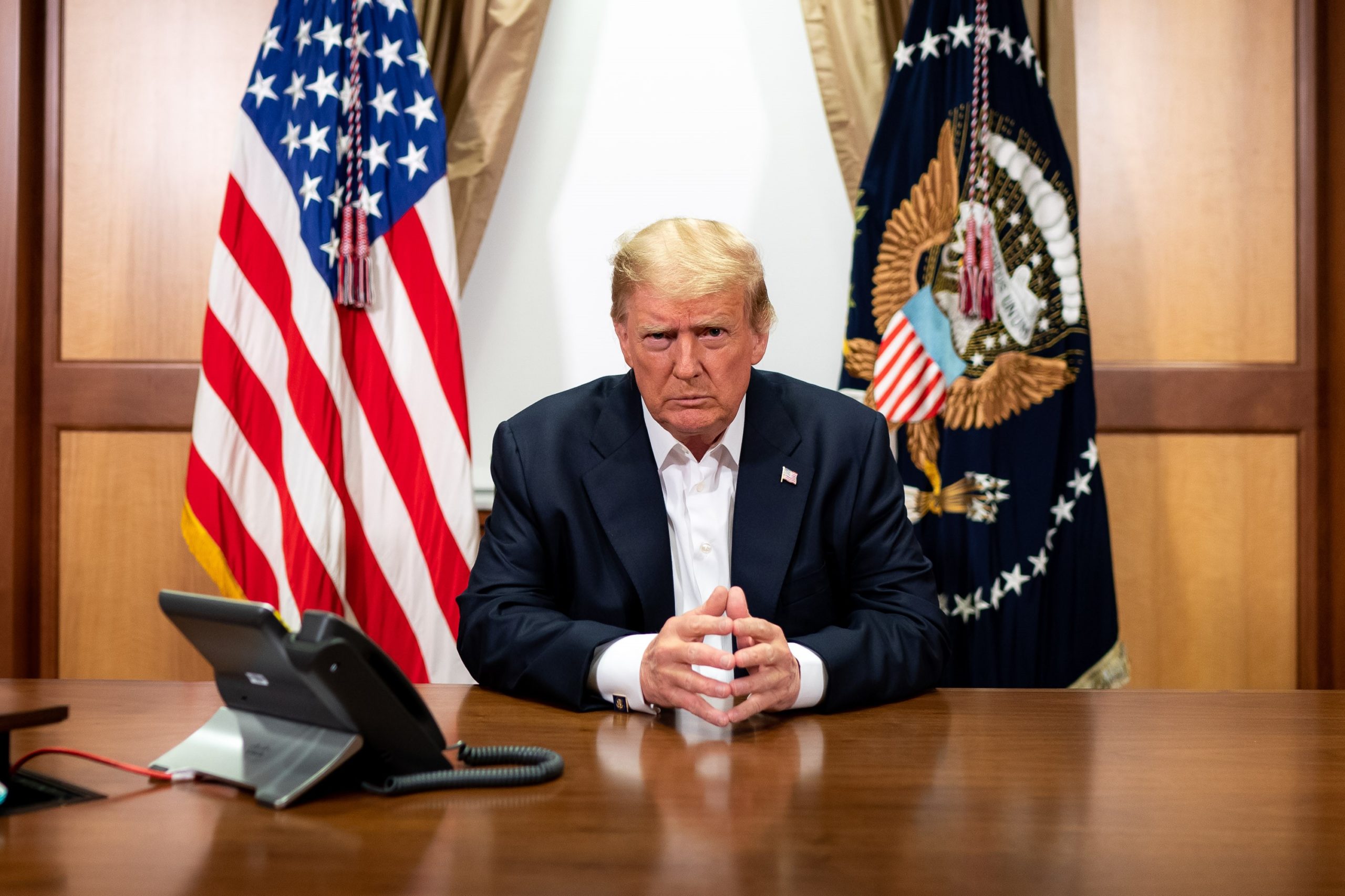 BETHESDA, MD – OCTOBER 04: In this handout provided by The White House, President Donald Trump participates in a phone call with Vice President Mike Pence, Secretary of State Mike Pompeo, and Chairman of the Joint Chiefs of Staff Gen. Mark Milley in his conference room at Walter Reed National Military Medical Center on October 4, 2020 in Bethesda, Maryland. Chief of Staff Mark Meadows (not pictured) is also present in the room on the call. (Photo by Tia Dufour/The White House via Getty Images)

“We came here in Marine One, the Secret Service agent that is with him has been with him,” the chief noted. “He’s been with him in cars, and yet we took additional precautions with PPE and others to make sure that they were protected.” (RELATED: Trump Takes Motorcade Out Around Walter Reed For ‘A Little Surprise Visit,’ Greets Supporters)

Meadows claimed that Trump critics “are trying to just make a big deal of that when, indeed, I know that myself and some of the Secret Service detailees are right there with him trying to make sure he’s protected each and every day and he returns to the White House as expeditiously as possible.”

Multiple media personalities questioned Trump’s decision to take the drive by Sunday evening. Most argued that it put U.S. Secret Service agents in unnecessary danger, but CBS’ Catherine Herridge did report that the drive was approved by the White House medical staff.

Trump has gotten in a car so he can wave to supporters outside Walter Reed. As you can see from footage, this meant multiple agents riding in a car with Trump while he carries the coronavirus pic.twitter.com/FIk4CtApnu

Trump keeps putting others at risk needlessly including the Secret Service agents charged with protecting him. Shameful. https://t.co/rHNfir6cXK

Trump just tweeted that he's going to visit supporters outside of Walter Reed. A man infected with COVID is going outside, possibly putting staffers and more at risk.

On top of ballistic vest, Secret Service agent in the front seat wearing gloves, face shield, N95 mask and gown. More threats than usual to contend with on a trip that certainly doesn’t appear to have been necessary. https://t.co/1RezQG1beV

NEW: Doctors okayed POTUS drive-by supporters. Deputy Press Secretary tells @markknoller “Appropriate precautions were taken in the execution of this movement to protect POTUS + all those supporting it, including PPE…cleared by the medical team as safe to do.” @CBSNews