“These clusters have to be attacked,” Cuomo said during a press briefing, referring to hotspots found in the city as well as Rockland and Orange counties, according to NBC 4 New York. “Stamp them out immediately and dramatically.”

While the city’s positivity rate remains below two percent, officials fear the hotspots could cause the virus to spread further out, according to The Wall Street Journal (WSJ). (RELATED: ‘Alarming Increase’: New York City Sees Uptick In Coronavirus Cases)

“I’d rather you be alive and angry at me than have people happy with me,” Cuomo said, per the WSJ.

Cuomo said the lockdowns would begin Tuesday, one day earlier than de Blasio’s proposed timeline, according to the Associated Press (AP).

The state will also take charge of enforcement in the areas after Cuomo blamed city officials for failing to contain the virus, per NBC 4 New York.

De Blasio announced Sunday he intended to lockdown 20 coronavirus hotspots throughout Brooklyn and Queens following a spike in positivity rates. The proposed closures, which required state approval, would force 100 public schools and 200 private schools to shut down. Under de Blasio’s proposal, non-essential businesses would also be subject to lockdown measures, with restaurants forced to close except for takeout and delivery.

Unlike de Blasio’s push, Cuomo did not implement lockdown restrictions on businesses, saying schools and large gatherings are his priority in containing the spread, per NBC 4 New York.

Cuomo also threatened to shut down houses of worship if strict social distancing guidelines were not followed, per the same report. 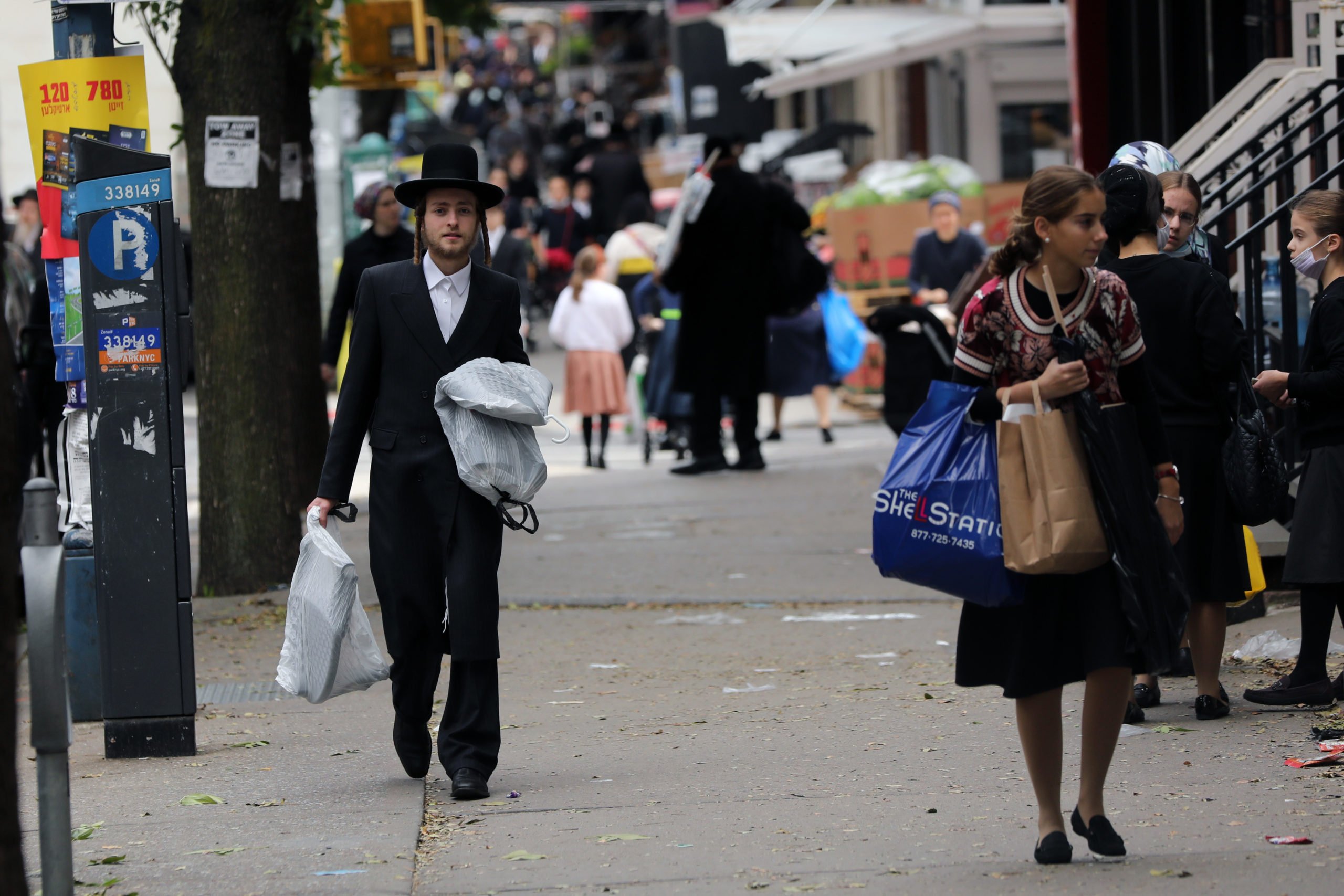 The areas set to be under lockdown are largely Orthodox Jewish neighborhoods, with some areas seeing positivity rates upwards of eight percent.

Roughly half a million people live in the nine Brooklyn and Queens zip codes affected by the shutdown. Eleven other zip codes are also under close watch, having seen a spike in the positivity rate reaching above three percent. De Blasio said if those areas see a seven-day rolling average above the three percent threshold then similar measures would be taken.