Biden’s widening lead comes after a chaotic debate between the two, where both candidates frequently interrupted and shouted over one another. Most debate viewers said that Biden won the debate, according to polls from CBS and CNN, and that they were turned off by Trump’s aggressive tactics, according to NBC. (RELATED: Polls Show Biden Up, Tight Race In Critical Swing States)

While the CBS poll had 48% siding with Biden and 41% siding with Trump, the CNN poll had a 32 point spread between the two, with Biden receiving 60%. Nearly 70% of those who watched the debate said they felt “annoyed,” according to CBS.

Forty-two percent of those who watched also said that the debate made them think worse of Trump, compared to only 32% who said the same for Biden, the CBS poll showed. 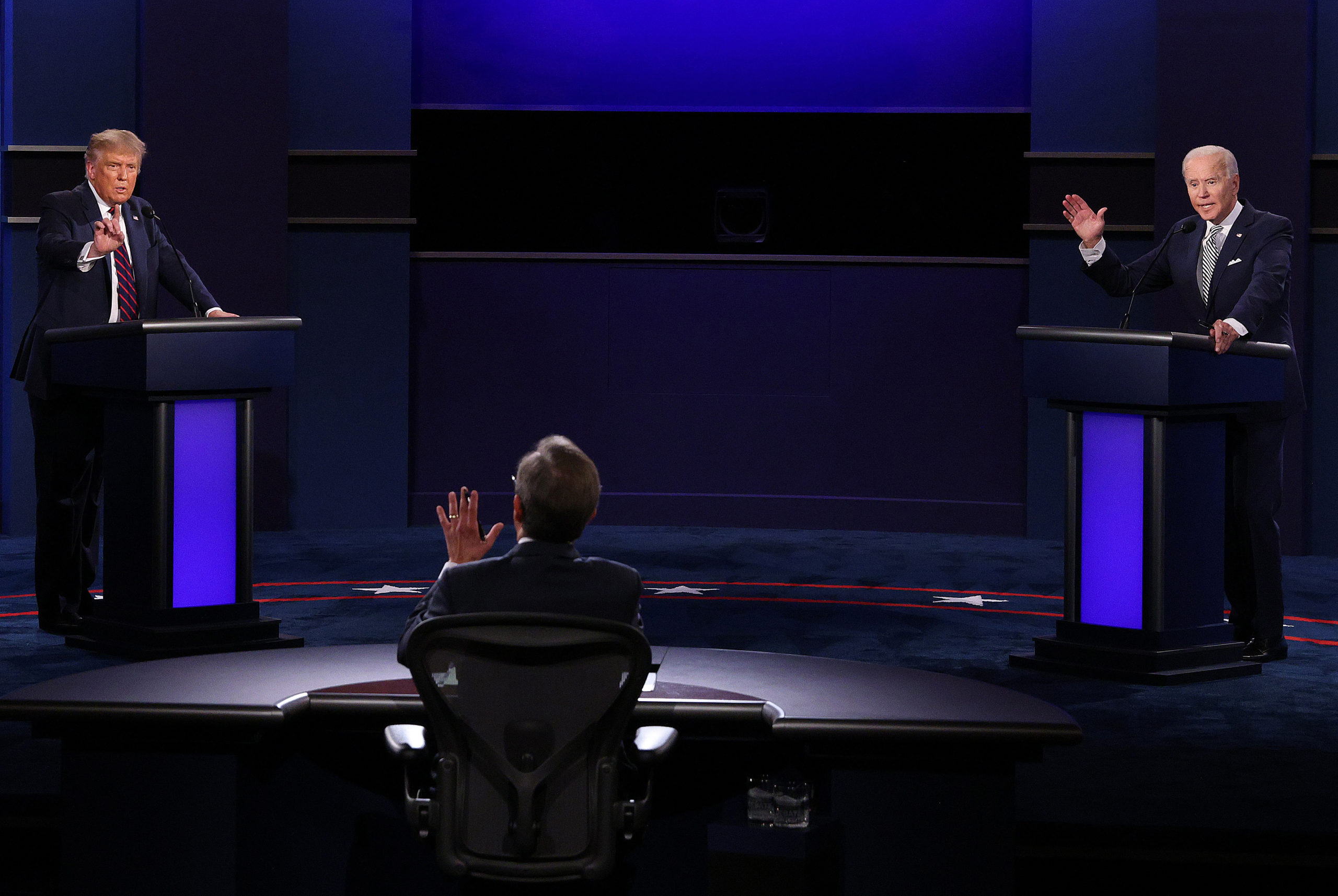 CLEVELAND, OHIO – SEPTEMBER 29: U.S. President Donald Trump and Democratic presidential nominee Joe Biden participate in the first presidential debate moderated by Fox News anchor Chris Wallace (C) at the Health Education Campus of Case Western Reserve University on September 29, 2020 in Cleveland, Ohio. This is the first of three planned debates between the two candidates in the lead up to the election on November 3. (Photo by Scott Olson/Getty Images)

People also expressed their frustration on Twitter, where many said that despite who won, it was the American people who ultimately lost.

I don’t know who won- but the American people lost that’s for sure.

Biden’s lead has also widened since the debate in some critical battleground states. Two polls showed the former vice president leading by seven points in Pennsylvania, which Trump won by less than 1% in 2016. A New York Times poll released Monday showed him leading by eight points in Arizona as well.

Post-debate polls from The Hill, The Economist and Morning Consult also reflected a larger Biden lead compared to their pre-debate polls, according to FiveThirtyEight’s national average.