The federal government announced changes Tuesday to the H-1B visa program that are aimed at incentivizing American companies to hire American workers before foreign workers.

The rule change is the latest effort from the Trump administration to protect American workers, according to press releases from the Department of Homeland Security (DHS) and Department of Labor (DOL). More than 500,000 H-1B visa recipients have been used to displace American workers reducing wages in several industries, according to the DHS release.

“Companies that have used the H-1B program have been incentivized to avoid hiring Americans or even lay off their own higher-paid and better-qualified American workers so that they can replace them with cheaper foreign labor,” Acting DHS Deputy Secretary Ken Cuccinelli said during a Tuesday conference call, which the Daily Caller News Foundation attended.

He continued: “That abuse will end with this new rule.” 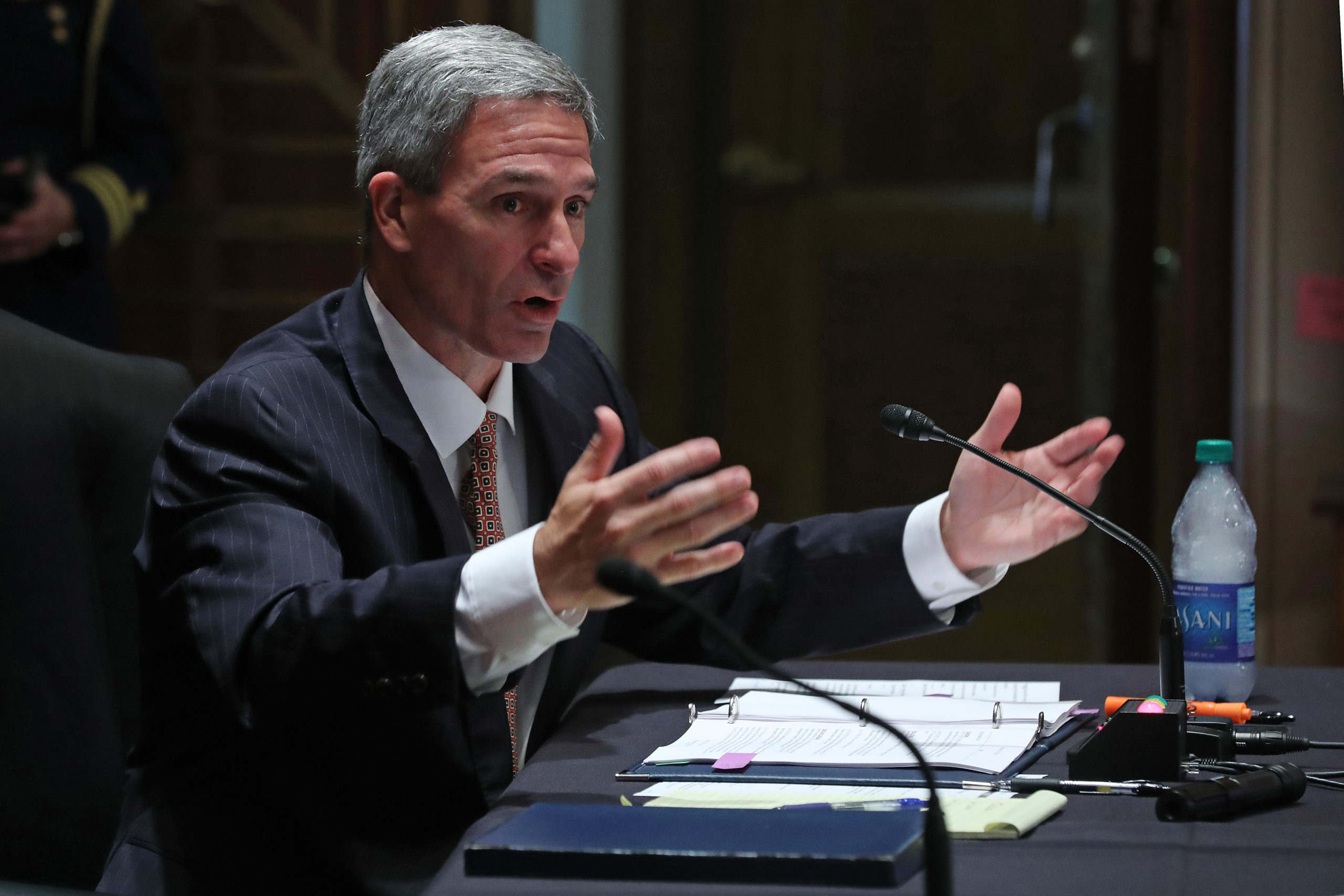 The new rule will target what Cuccinelli referred to as “shadow employers” or third-party employers. Such companies, often based outside of the U.S., receive an outsized portion of visas that are awarded every year, according to a 2015 New York Times report referenced in DOL’s rule change Tuesday.

These companies, who are allowed to submit an unlimited amount of applications, flood the DOL system with applications to ensure a certain percentage are accepted every year, according to The Times. Many of these companies are outsourcing firms, which provide temporary workers for companies like Disney.

Thirteen outsourcing companies were given one-third of all H-1B visas awarded in 2014. (RELATED: HUENNEKENS: Outsourcing And Foreign Labor Is A Double-Headed Monster)

DHS found that 36% of all visas approved between 2015 and 2019 were from third-party employers, according to a senior department official who was on the call Tuesday. The official said it is expected that the vast majority of applications from these companies will be rejected. 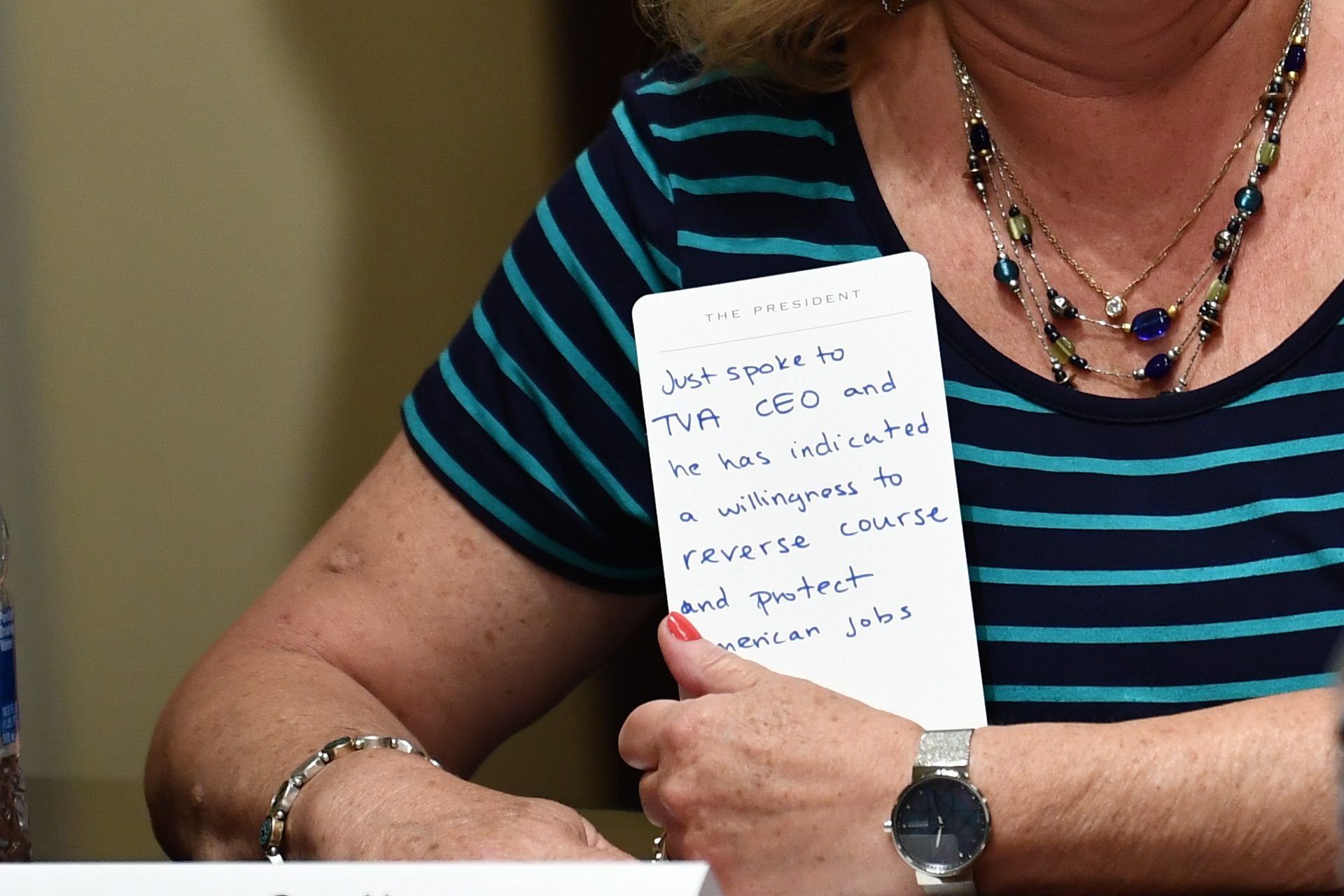 The rule change will also narrow the definition of a “specialty occupation,” which has been interpreted broadly and used as a loophole to hire cheap foreign labor, Cuccinelli said.

For example, the rule tightens up language that has previously allowed employers in the H-1B program to hire individuals for roles which “normally” require a degree, according to a senior department official. Now, a degree will be mandatory for such a role.

A key tenant of the H-1B program enables employers to petition for foreigners to work in “specialty occupations,” according to the American Immigration Council. (RELATED: White Supremacy Poses ‘Persistent And Lethal Threat’ In US, DHS Report Says)

Cuccinelli said that DHS will also now have greater ability to enforce employers’ compliance with the program’s rules before, during and after a petition is approved and through worksite inspections.

“After extensive analysis, the department has concluded that the way it sets prevailing wages in the H-1B program … allows employers in many cases to pay foreign workers wages well below what similarly-employed U.S. workers are paid,” said DOL Deputy Secretary Patrick Pizzella.

He continued: “The result is that U.S. workers are being ousted from good-paying middle class jobs and replaced by non-U.S. workers.” 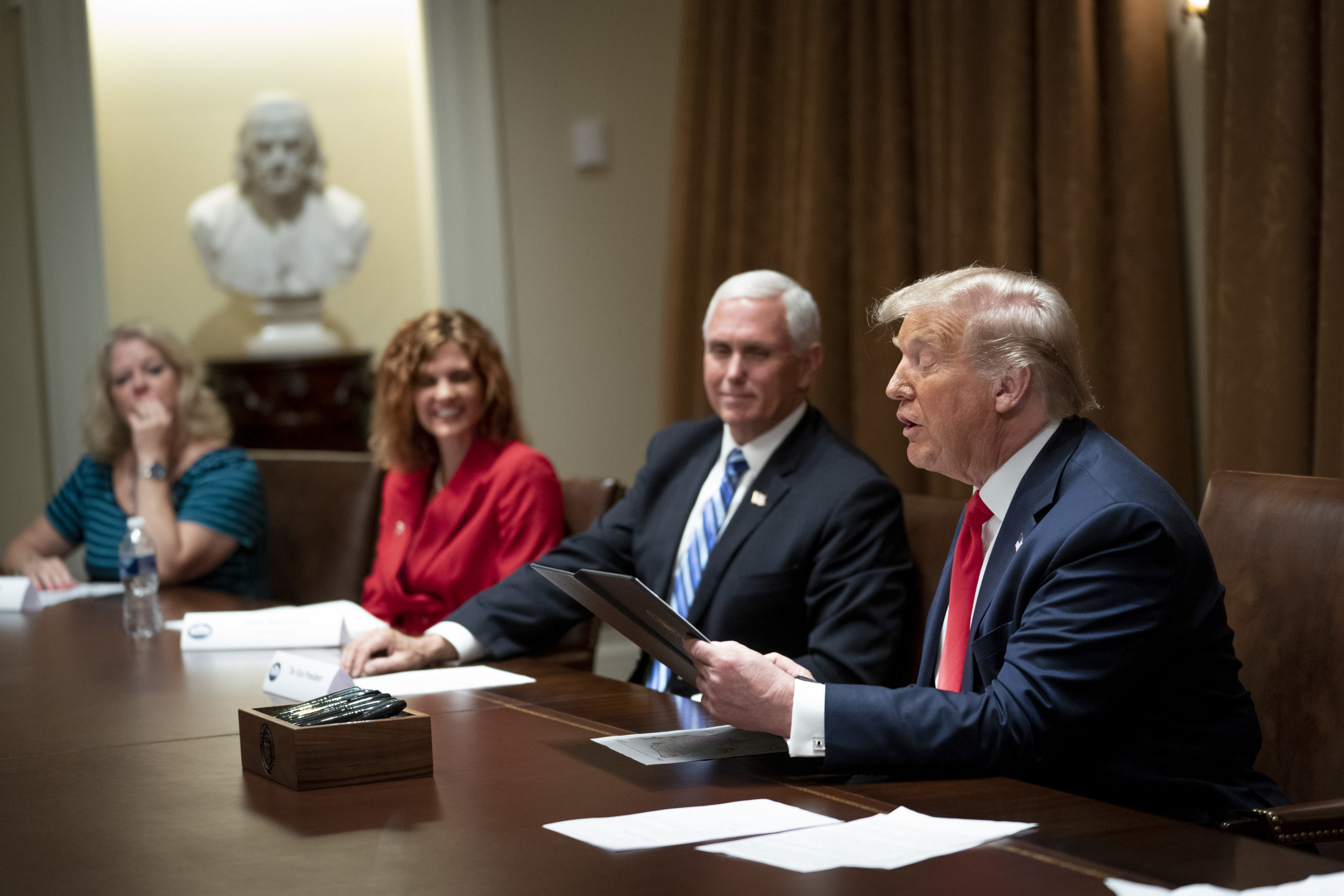 President Donald Trump makes remarks as he meets with U.S. Tech Workers and signs an Executive Order on Hiring Americans, in the White House on Aug. 3. (Doug Mills/Pool/Getty Images)

The DOL measures taken as part of the announcement include wage protections, which ensure foreign labor isn’t hired at a discount, according to the DOL press release. Employers are now required to look for American labor at a predetermined wage set by the DOL.

If the employer cannot find any American worker for the role, they must pay the foreign worker that same wage, according to the DOL. Employers must attest that they will pay visa awardees the same wage paid to those with similar experience and qualifications.(RELATED: Trump Signs Another Executive Order Restricting H1B Visa Opportunities)

“It is never acceptable for the employment of foreign labor to erode the economic security of American workers and their families,” Pizzella said.

Pizzella added that the change is “one of the most significant reforms made to the H-1B program in the past 20 years,” and “long overdue.”

The program was created in 1990, according to the American Immigration Council. The program currently caps visas awarded at 85,000 per year.

The H-1B visa program enables American companies to compete globally, according to a Brookings Institution report.

“A global view of high-skilled labor complemented by metropolitan skills training will enable U.S. companies to obtain the workforce they need to keep America competitive now and in the future,” the report said.

“Greater scrutiny of the H-1B program would arguably harm the U.S. job market more than it would help,” said Julie Monroe in a 2019 Illinois Law Review article. “The cap on H-1B visas limits the nation’s ability to compete globally.”

“We believe jobs must be offered to American workers first,” Trump said.