Severe flooding in Italy and France have left 12 dead so far, but rescuers are also finding corpses long dead that washed down to shore. 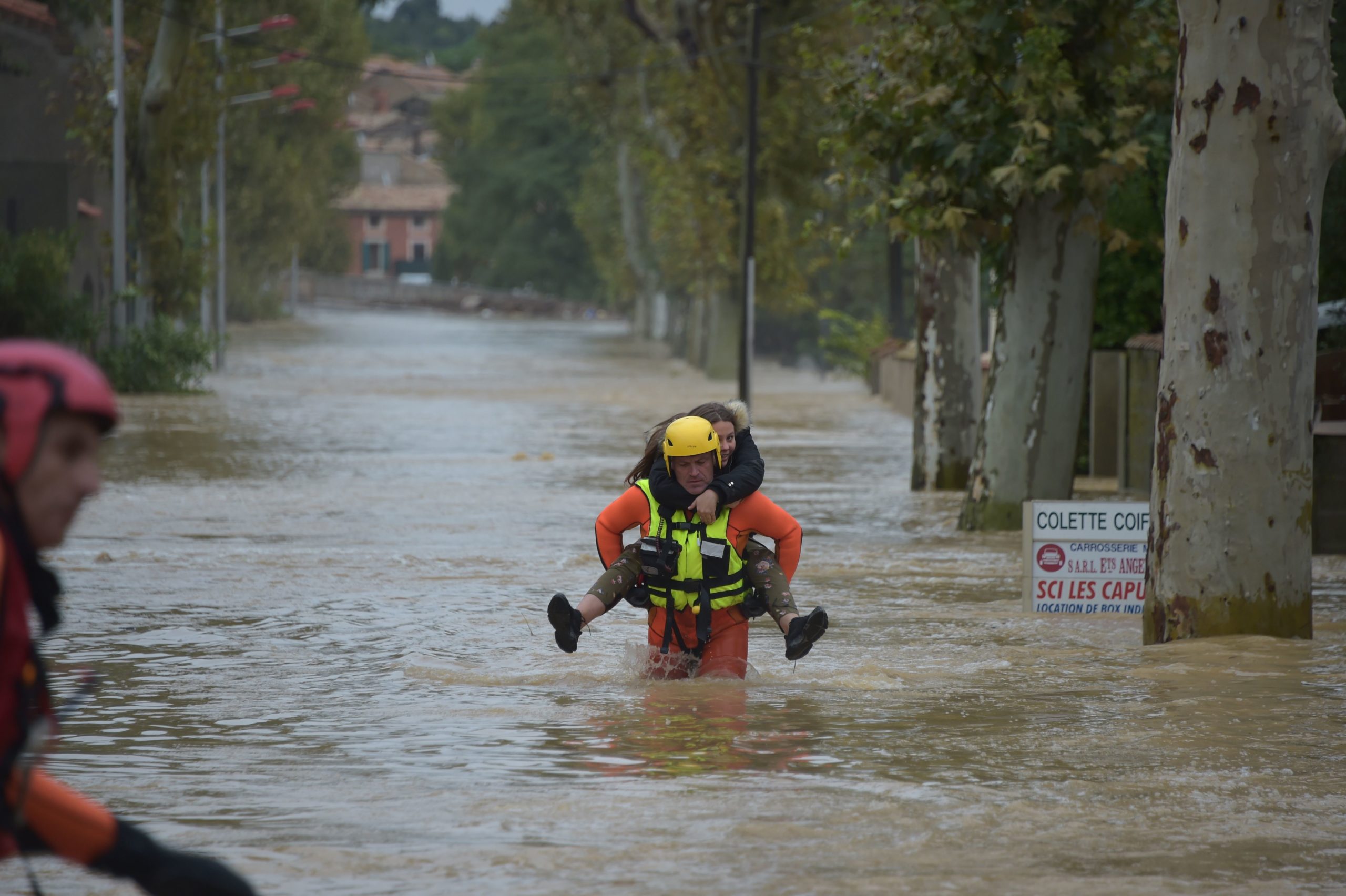 20 people are reportedly still missing, a spokeswoman for the Alpes-Maritimes regional administration told the AP. Over 600 rescuers have been searching for the people still missing in the region, according to the outlet. (RELATED: Study: Flooding Could Cost $14.2 Trillion In Asset Loss By 2100) 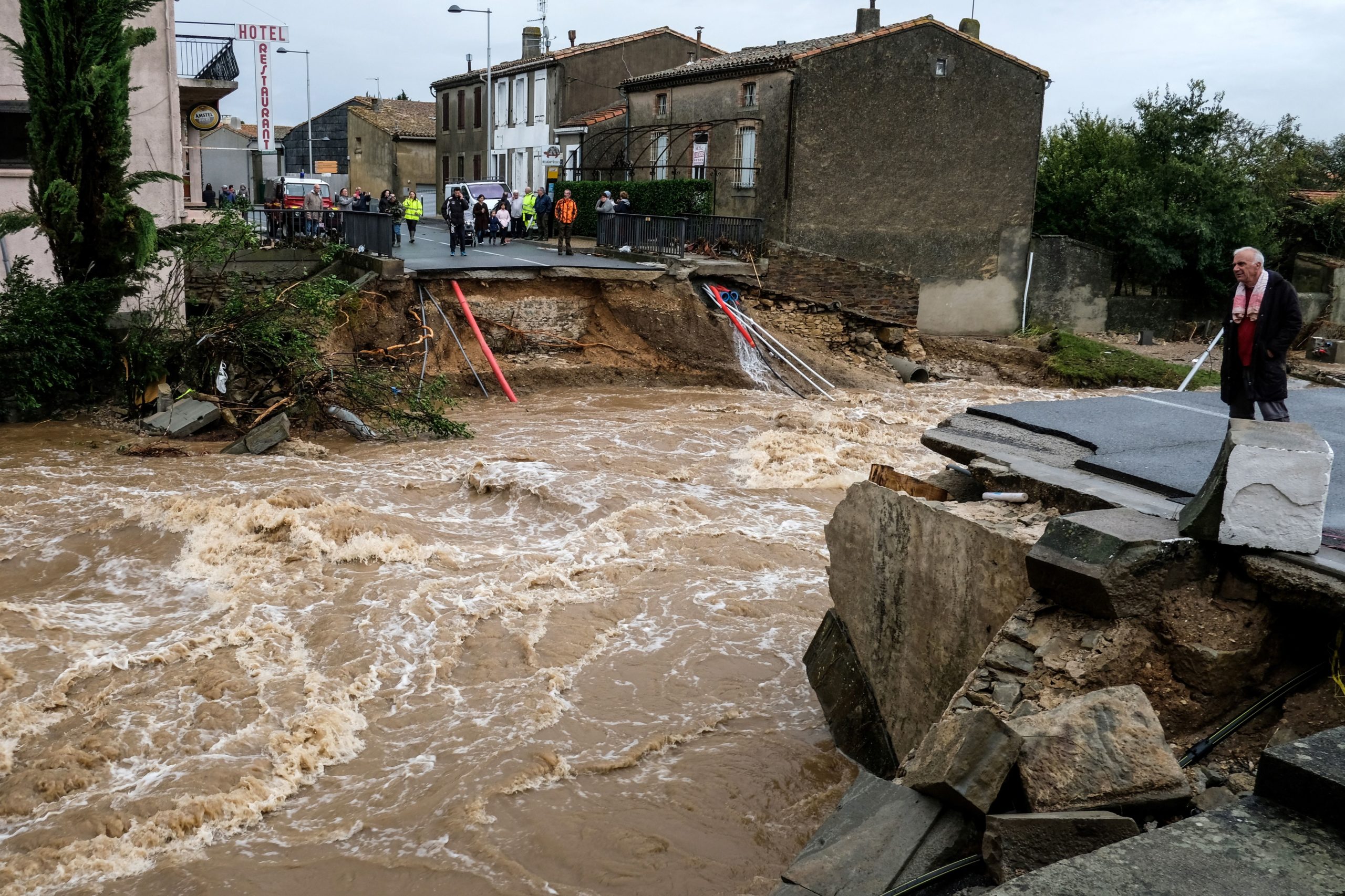 People stand on the road by a bridge over the Trapel river that collapsed Villegailhenc in the Aude department after it was particularly badly hit by heavy rain storms which swamped parts of southwestern France, flooding rivers and cutting roads, killing at least six people. – The Aude river reached flood levels not seen in over 100 years, the French agency responsible for monitoring water levels, Vigicrues, said. Firemen responded to more than 250 calls overnight, as 160 to 180 mm (6 to 7 inches) of rain fell in the fortress city of Carcassonne. Six other departments were also hit by the storms from the eastern Pyrenees to Aveyron further north. (Photo credit ERIC CABANIS/AFP via Getty Images)

The corpses were found on the Italian coastline and it is unclear where they came from or how many were found. The bodies were identified as corpses due to the significant decomposition, according to the spokeswoman. Forensic police are reportedly working to identify the bodies. 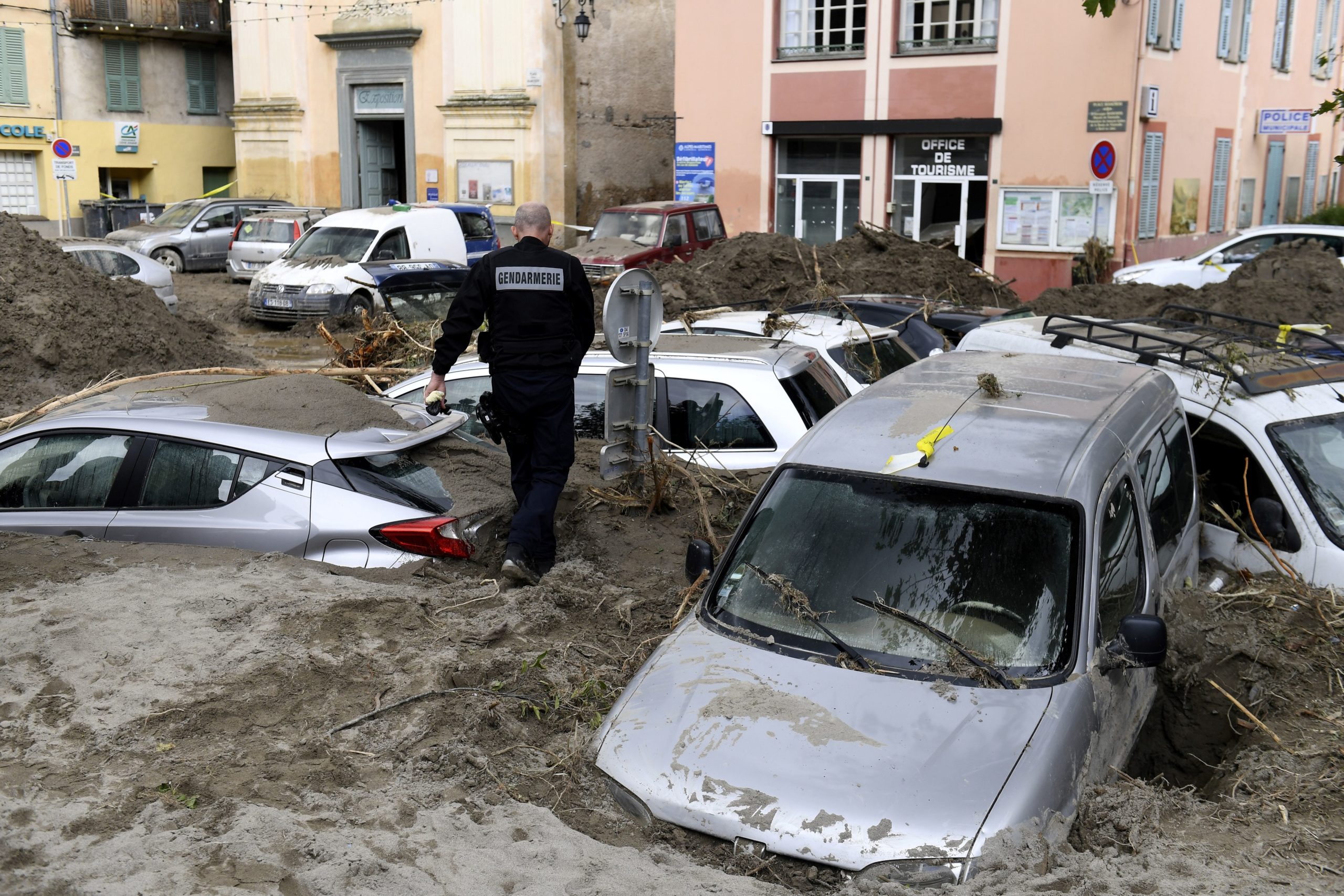 A police officer walks amongst vehicules submerged in mud in Breil-sur-Roya, south-eastern France, on October 4, 2020, after extensive flooding caused widespread damage in the Alpes-Maritimes departement. – French and Italian rescue services stepped up their search efforts after floods cut off several villages near the two countries’ border, causing widespread damage and killing two people in Italy. Eight people remained unaccounted for on the French side of the border after storms, torrential rain and flash floods battered the area, washing away roads and houses, cutting off entire villages and triggering landslips. (Photo by NICOLAS TUCAT/AFP via Getty Images)

Roads were still blocked by debris Tuesday. The situation has been described as “catastrophic” and a “phenomenal disaster.”

“It’s a catastrophic situation, this has not happened in a thousand years,” Georges Pomarede, a retired police officer, told the outlet. “All of that is gone, no more campground, no stadium, no more swimming pool, no more shops, a hotel is gone, … entire houses swallowed by the floods. It’s a phenomenal disaster.”