The White House blocked new vaccine guidelines proposed by health officials within the Trump administration, which likely would have pushed the approval of a coronavirus vaccine past the election.

The Food and Drug Administration (FDA), which is in charge of approving vaccines, proposed the guidance on Sept. 21, according to The New York Times. White House chief of staff Mark Meadows raised concerns with one provision of the guidelines which said vaccine trial subjects should be examined for two months following their final dose, a senior administration official told the Times.

“We are committed to expediting the development of COVID-19 vaccines, but not at the expense of sound science and decision making,” FDA commissioner Dr. Stephen M. Hahn said in a Sept. 11 statement. “We will not jeopardize the public’s trust in our science-based, independent review of these or any vaccines. There’s too much at stake.”

Hahn insisted that the vaccine approval process will be based on “science and data, not politics” at a Senate hearing on Sept. 23.

Meadows reportedly said Hahn has been overly influenced by career scientists in his agency, according to The Times. (RELATED: Trump Says US Could Have Coronavirus Vaccine By October) 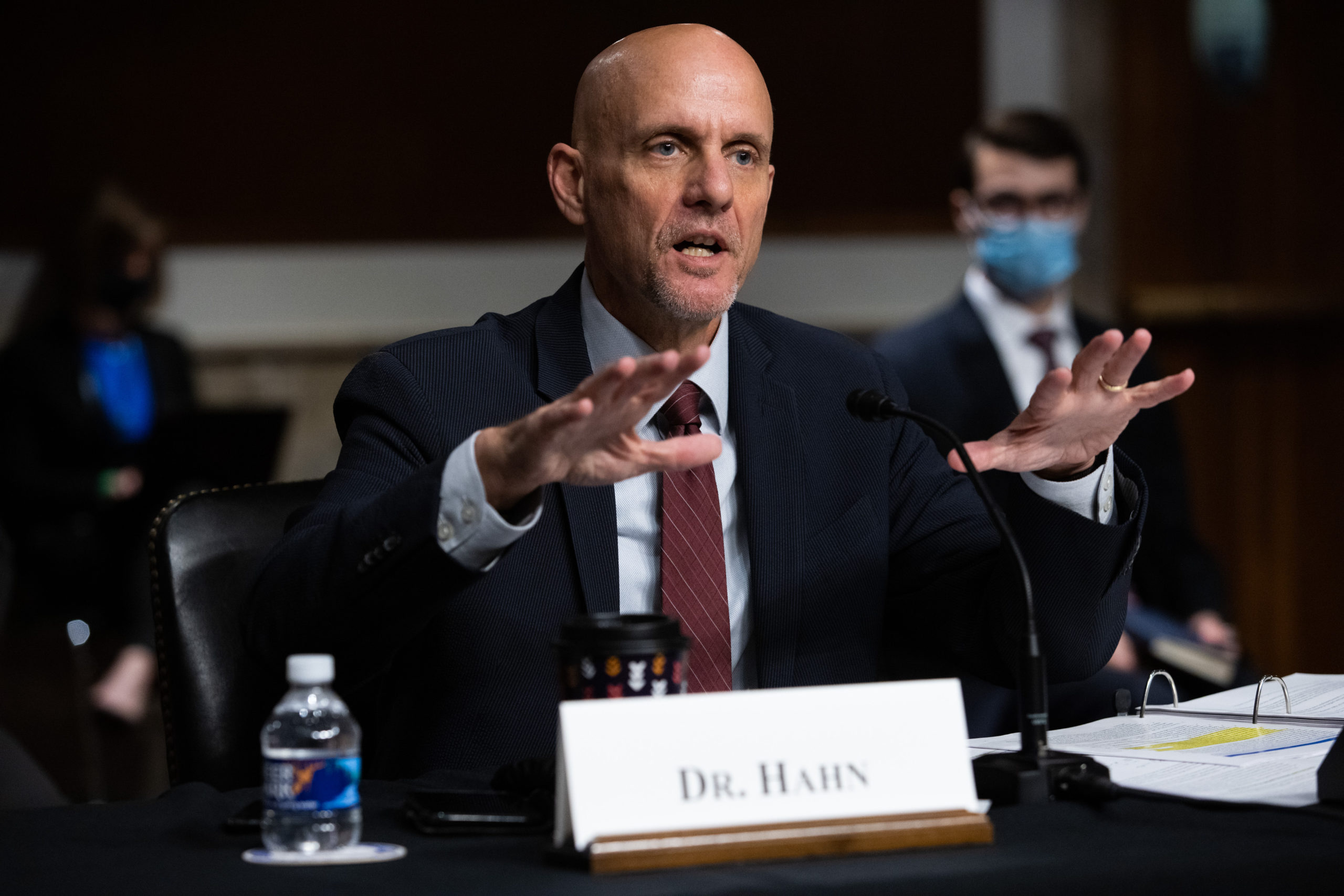 On the same day as Hahn’s Senate hearing, President Donald Trump wouldn’t commit to the new FDA guidance, according to The Times. Rather, he said the White House “may or may not approve it.”

The guidance, which had been submitted to the Office of Management and Budget, has been stalled by Meadows, and is unlikely to be approved, The Times reported.

Trump has insisted that a vaccine could be produced before the Nov. 3 election, in which his handling of the pandemic will be a major issue for voters.

Meanwhile, nine biopharmaceutical executives whose companies are developing coronavirus vaccines signed a joint statement on Sept. 8 reassuring the public of their commitment to producing a safe vaccine. AstraZeneca, Johnson & Johnson, Merck, Moderna and Pfizer were among the companies to sign the statement.

“The safety and efficacy of vaccines, including any potential vaccine for COVID-19, is reviewed and determined by expert regulatory agencies around the world, such as the United States Food and Drug Administration (FDA),” the statement said.

It continued: “FDA’s guidance and criteria are based on the scientific and medical principles necessary to clearly demonstrate the safety and efficacy of potential COVID-19 vaccines.”

The U.S. government has given significant funding and resources to pharmaceutical companies since March as part of Operation Warp Speed, the multiagency effort to produce a coronavirus vaccine quickly. The goal of the operation is to produce 300 million doses of “safe and effective vaccines” by January 2021.