China and Russia pose major foreign threats while domestic white supremacist groups pose a “persistent and lethal threat” to national security, according to a Department of Homeland Security report.

The Homeland Threat Assessment (HTA) report is the Department of Homeland Security’s (DHS) first-ever report compiled to educate Americans on the biggest threats facing the U.S., according to CBS News. The report was first obtained by CBS News on Monday.

“[This report] draws upon all sources of information and expertise available to the Department, including from intelligence, law enforcement, and our operational components,” Acting DHS Secretary Chad Wolf said in the report. “This HTA is as close as the American people will get to seeing and understanding the information that I see as Secretary and that our employees see in their national security missions.” 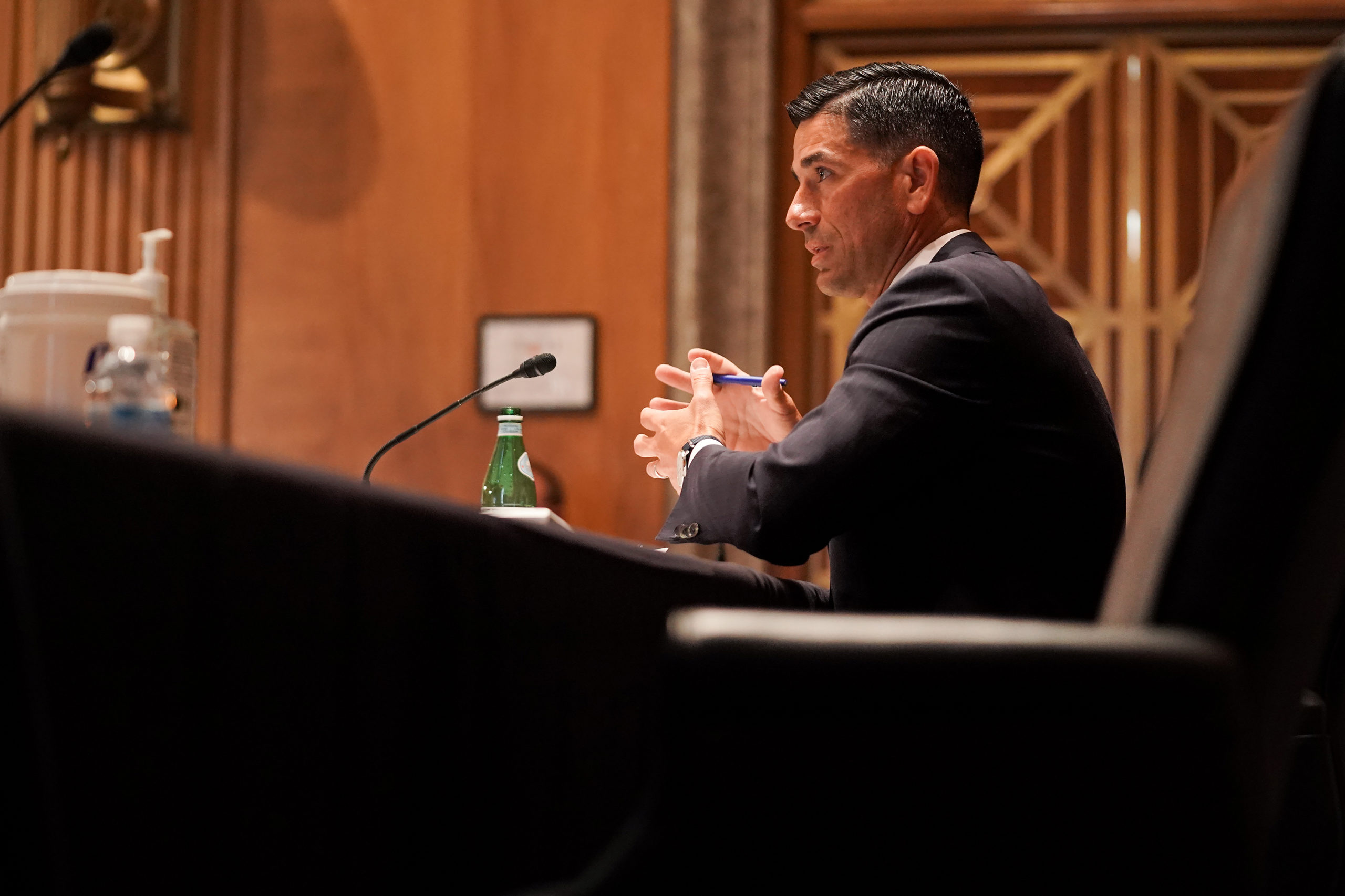 President Donald Trump condemned white supremacy on Sept. 30, a day after he skirted the question during the first presidential debate. He said, “stand back and stand by” in response to a question about white supremacists and the Proud Boys, a group that has been accused of violent white nationalism, The Associated Press reported.

However, threats from other domestic violent extremist groups have arisen depending on “political or social issues that often mobilize other ideological actors to violence, such as immigration, environmental, and police-related policy issues,” according to the report.

The DHS is still analyzing 2020 data, but mentioned a pattern of violent extremists increasingly exploiting protests to attack government officials, property and counter-protesters.

Violent riots have taken place across the country in the wake of the death of George Floyd who died after a Minneapolis police officer knelt on his neck for nearly 9 minutes in May, video shows. Riots and protests led to dozens of deaths in June and July alone. 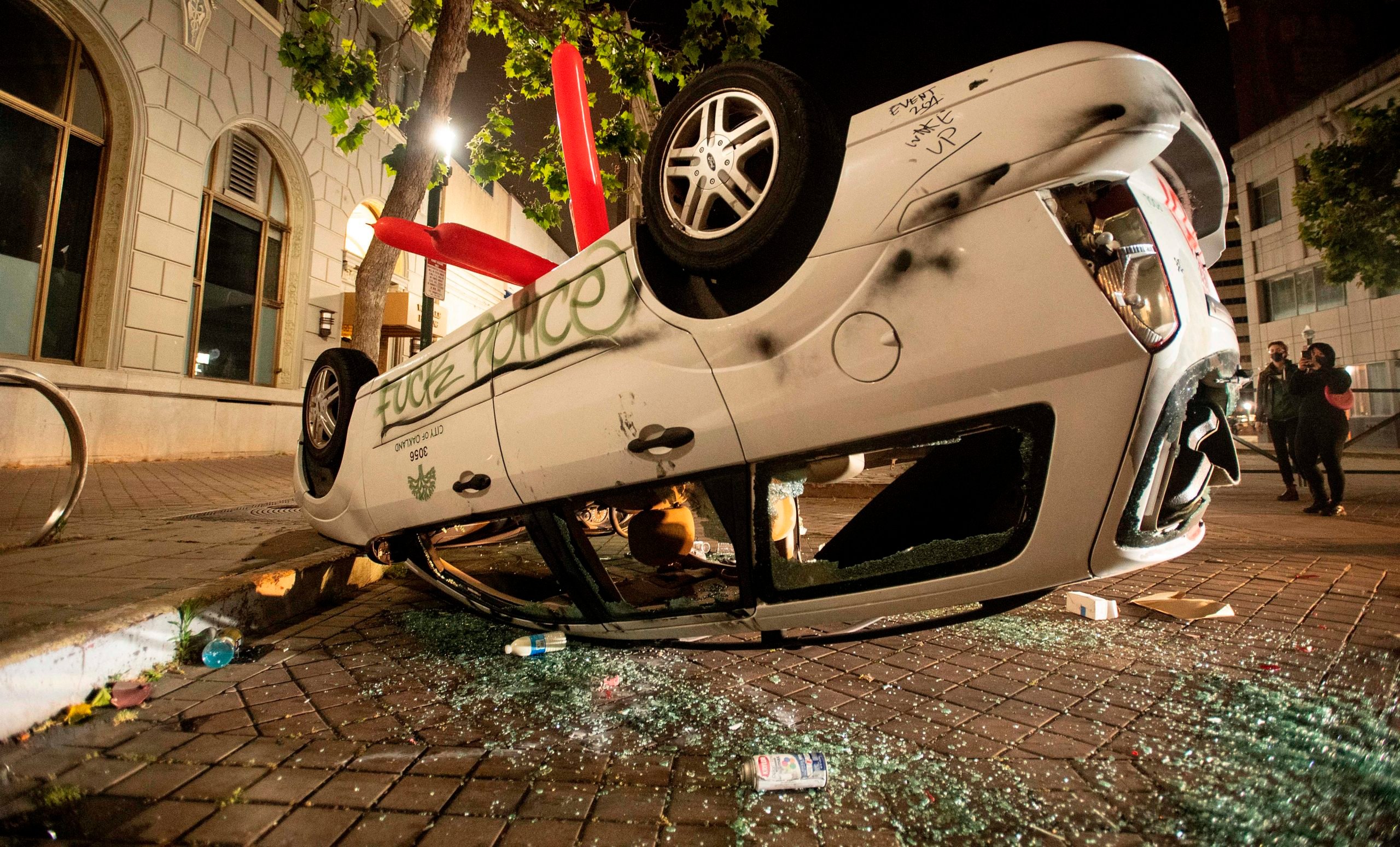 A vandalized car is flipped upside down as protesters face off against police in Oakland, California on May 29, 2020, during protests over the death of George Floyd. (Josh Edelson/AFP via Getty Images)

The DHS report identified multiple threats posed by China and Russia. Both nations pose threats to U.S. cybersecurity and have proven capable of interfering in American elections, economy and way of life, according to the report.

China has significant cyber espionage capabilities, which can be leveraged in election interference, according to the report. The Chinese have also stolen intellectual property hurting U.S. economic interests, exploited American academic institutions and produced counterfeit medical supplies during the coronavirus pandemic to seize on shortages in the U.S., according to CBS News.

“The most long term strategic threat to Americans to the Homeland and really to our way of life would be the threat from China,” Wolf told CBS News.

Meanwhile, Russia has maintained a significant effort to “sway U.S. voter perceptions” in the lead up to the presidential election, CBS News reported. (RELATED: Twitter Suspends Chinese Virologist Who Accused China Of Hiding Evidence Of COVID Leaking From A Lab) 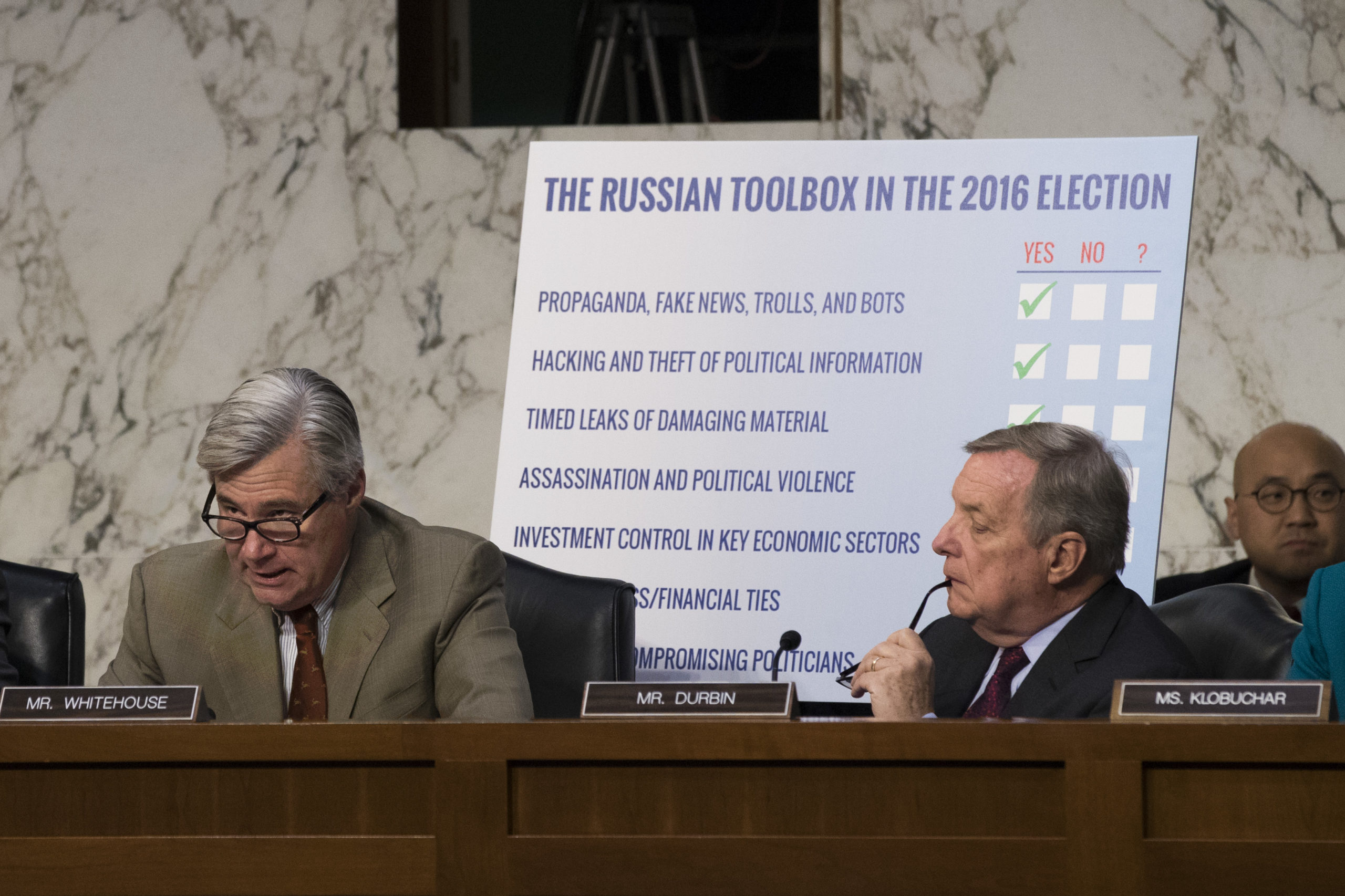 “Russia uses divisive measures to disrupt the electoral process — including denigrating former Vice President Biden and what it sees as an anti-Russia ‘establishment’ — as part of a broader effort to divide and destabilize America,” the report said.

It continued: “Russian online influence actors probably will engage in efforts to discourage voter turnout and to suppress votes in the 2020 U.S. election.”

The added that Russia is using the same methods that it did in 2016, so-called trolls, to attempt to influence the election. These online trolls direct false information about voting and politics at a specific group of Americans, the report said.

Neither Russia nor China have attempted to attack election infrastructure in the U.S., Wolf told CBS News.

Roughly 10 million Americans were estimated to have seen ads that Facebook sold to Russia during the 2016 presidential election. However, most Americans who saw such ads, saw them after the November 2016 election, according to Facebook.